Tissue adhesives should be considered as a biological sealant rather than a closure method of mechanical strength. The study compared the following: (1) combined suture tissue adhesives defined by sutures for capsule and subcutaneous layers and tissue adhesive (2-octyl or nbutyl-2) for the final cutaneous layer, (2) staples, and (3) conventional subcuticular suture approach (sutures used for the capsule, subcutaneous, and cutaneous layers. It was observed that the length of 227 hospital stay was higher with the staple group. No significant difference was observed in the incidence of superficial wound infections between groups. No significant difference was found regarding the occurrence of complications, 229 although the study was not adequately powered to detect any case of deep infection. No differences were found between tissue adhesives and tapes for minimizing dehiscence or infection. For all outcomes of dehiscence and infection there were no statistically significant difference between high and low-viscosity adhesives. The authors included 6 small-sized studies and noted major methodological drawbacks including inadequate definitions for superficial and deep 147 infections in most of them. Based on these studies, they found a significantly higher risk of developing wound infection when the wound was closed with staples rather than sutures (17/350 versus 3/333 superficial or deep infections for staples and sutures, respectively. A higher risk of infection with staples also existed in patients who underwent hip surgery. Consensus: We support the surgical checklist protocol as beneficial to patient safety, and specifically as it applies to correct administration of prophylactic antibiotics. However, evidence shows that many elements of adapted checklists are not adequately performed. Existing evidence shows the beneficial effect of mandatory safety checklists on infectious complications for other simpler procedures. A relationship appears to exist between the adoption of a routine preoperative checklist by the 233-235 surgical team and improvement in the timing of antibiotic prophylaxis. The improvement in quality of care was observed even with incomplete compliance 236 of the checklist. There is no evidence regarding the influence of a mandatory checklist on appropriate application of its components. However, there are prospective studies demonstrating that implementing mandatory checklists resulted in decrease in the incidence of central line associated bloodstream infections in 238, 239 intensive care unit patients. Airborne contamination of wounds in joint replacement operations: the relationship to sepsis rates. Molecular epidemiology of microbial contamination in the operating room environment: Is there a risk for infection? 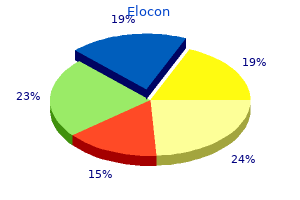 Horse-chestnut Extract, aesculus hippocastanum: the seeds of the horse chestnut, Aesculus hippocastanum containing aescin (escin) and other saponins (saponosides. This substance has anti-inflammatory properties, it tunes up the venous system and increases the resistance of the capillary veins. Practically insoluble in water, and in 33 mineral acids except hydrofluoric acid; dissolves in hot solutions of alkali hydroxides. Dental type silica is an amorphous silica (precipitated, gel, or obtained by flame hydrolysis. It is obtained from sodium silicate solution by destabilising with acid in such a way as to yield very fine particles with a diameter ranging from 0. Hydroxyethyl Cellulose: A white, yellowish-white, or greyish-white, powder or granules. Soluble in cold or hot water, forming colloidal solutions; practically insoluble in alcohol. It is used in pharmaceutical manufacturing as a thickener, stabiliser and binding agent (36. Isoceteth 20: It is an emollient ester of cetearyl alcohol composed mostly of cetyl alcohol. Jojoba Oil, simmondsia chinensis, buxus chinensis: An oil derived from the seeds of the desert plant Simmondsia Chinensis. Juglans regia, english walnut: A medium-sized tree cultivated commercially for the nuts in sub-tropical countries. Krameria Extract, krameria triandra, rhatany root: the dried root of Krameria triandra, containing less than 10 % tannins. Lactoperoxidase: Lactoperoxidase is a glycoprotein with a single hemin prosthetic group. Lauryl Glucoside: A mild surfactant made by combinding glucose with fatty alcohols from coconut and palm kernel oils. Lemon Oil, oleum limonis: the oil is obtained from the fresh peel of lemon (Citrus limonum. Liquorice, ammonium glycyrrhizinate: Liquorice Root consists of the dried unpeeled or peeled, whole or cut root and stolons of Glycyrrhiza glabra. Lords and Ladies, arum maculatum: A stemless herb with tuberous roots and large, heart-shaped leaves often with various dark spots. Magnesium Aluminium Silicate: It is an odourless or almost odourless, tasteless creamy-white powder or small flakes. It is used as a suspending, binding and thickening agent and as an emulsion stabilizer (36. 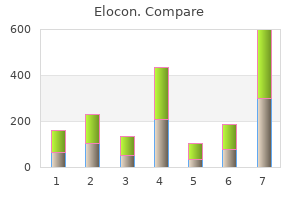