If services are available in terms of an A procedure is termed appropriate if its benefits adequate supply, a population may have sufficiently outweigh its risks to make it worth theoretical access to healthcare. Measuring the necessity of access to healthcare also depends on medical procedures. These affect an individual?s While inspection has traditionally focused on ability to understand their own needs and to organizational systems and processes, rather communicate these or to understand, and than the assessment of internal control systems, take action in response to, medical advice. Population access may primarily concerned with ?professional and vary due to physical accessibility, in service standards (. Quality, Risk and Control in Health organisational and social or cultural barriers Care. Thus utilisation is dependent on many factors and not the Average, see Mean adequacy of supply. These factors may be unequally distributed across the population Box and whisker plot and lead to inequalities in access. The availability of services, and barriers to of the British Medical Association and the Royal utilisation, have to be evaluated in the Pharmaceutical Society. It provides prescribers, context of differing perspectives, health pharmacists and other healthcare professionals with needs and the material and cultural settings up-to-date information about the use of medicines. Costs Integrated Care Pathways: effective tools for continuous Cost is not solely financial. Optimal Therapy Report: Cost effectiveness of blood glucose test strips in the management of adult responsibilities ranging from assessing patients with diabetes mellitus. The definition has not been amended since A guide to the use of economics in healthcare decision 1948. Health which are combined, using appropriate weights, Systems Strengthening Glossary. Every such at birth neighbourhood in England is ranked according Average number of years that a person can to its level of deprivation relative to that of other expect to live in ?full health by taking into areas. Evidence Input, Output and Outcome Evidence is generally considered to be information from clinical experience that has met Input is a term used by economists to define the some established test of validity, and the resources used, such as the number of hospital appropriate standard is determined according to beds, to produce the output, such as the number the requirements of the intervention and clinical of patients admitted per bed per year. Processes that involve the economists terminology is different from the development and use of evidence should be language utilised in quality assurance, in which accessible and transparent to all stakeholders. Input equates to structure and process, Roundtable on Evidence-Based Medicine (2009) i. Health is a state of complete physical, mental and social well-being and not merely the absence of disease or infirmity. Integrated nterquartile%20range care: meaning, logic, applications and implications a discussion paper.

For infants and 28 A Clinician?s Guide: Caring for people with gastrostomy tubes and devices has one or more of the following:3 4. For both adult and paediatric patients, the level of Refer to local policies and guidelines about starting refeeding risk will dictate the rate at which nutrition is enteral feeds out of hours or prior to a dietetic introduced and how quickly it is progressed to goal rate. If the delivery of nutrition is too rapid it may precipitate a refeeding response in at-risk individuals. Bypassing the oral route prevents the patient?s ability to regulate or adjust the temperature of. Home-made precludes positioning upright*, strategies to reduce the risk formula has been shown to have a higher viscosity, of gastro-oesophageal re? Such strategies nutrient composition when compared with commercially may include the use of an enteral feeding pump to deliver prepared formula. Flushing a gastrostomy tube or device with substances the individual presents with aspiration in spite of having other than those prescribed is not recommended. The feeding strategies employed rate at which they are introduced and progressed will should still take into consideration the delivery of adequate be dependent upon a number of factors. Gastric aspirates may be obtained four 12 months of age at home cooled boiled water can be hourly however they are not a de? If this is eliminated as a cause of the indications of feed intolerance generally fall within delayed gastric emptying, the patient?s current medications two realms: should be reviewed to determine if there are any Metabolic in the short term, electrolyte and? If the individual remains in the inpatient setting for the commencement of enteral tube feeding, basic observations A Clinician?s Guide: Caring for people with gastrostomy tubes and devices 31 developed a relevant resource: the ?Australian Don?t 5. Patient/carer education on appropriate mixing with water to dilute before administering is important. Occasionally the salt of the medication is Parent different in the liquid when compared to the solid form and again this can cause differences in the amount of actual drug prescribed. Crushing of tablets or opening of capsules should only Suspensions or syrups Topical be considered as a last resort and when a pharmacist Patches Subcutaneous has con? Medicines that should not be crushed or Rectal opened include: Intranasal Buccal -Modi? A pharmacist can provide guidelines on administering medications via a feeding device, and best practice in crushing tablets and opening capsules. These guidelines should be followed and all practitioners involved in the prescribing and administration of medications via enteral feeding tubes should be fully aware of all the associated issues. Enteral tube feeding regimens should be altered around the times the medication is given. A Clinician?s Guide: Caring for people with gastrostomy tubes and devices 33 Algorithm to assist in determining a suitable medication regimen via gastrostomy tube/device. This algorithm should be used as a guide only consultation with a Pharmacist is recommended. Flush to Pharmacist/ tube, administer one treating Doctor medication at a time for administration and? Transfer of care/discharge has access to tube feeding formula and equipment planning on an ongoing basis? 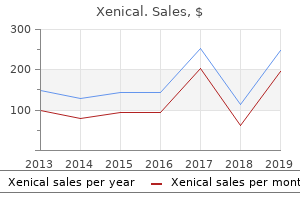 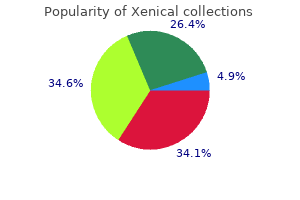 However, results from these studies should be interpreted with caution as both studies were case-series (lowest-quality evidence). Antireflux transoral incisionless fundoplication using EsophyX: 12-month results of a prospective multicenter study. Obesity leads to substantial morbidity, lower social functioning and quality of life, as well as premature mortality. It is associated with development and /or aggravation of many chronic conditions including cardiovascular diseases, hypertension, type 2 diabetes mellitus, sleep apnea, some forms of cancer, depression, and osteoarthritis (Duval 2006, Ogden 2006, Sturm 2007, Flegal 2012). Diet, behavioral modification, and exercise are the primary recommended treatments for obesity, but were found to have limited success among the morbidly obese. Drug therapy may be indicated for some, but has its side effects, and the majority regain the lost weight over time. Bariatric surgery is considered as an alternative therapy for morbidly obese individuals. Studies showed that bariatric surgery was more effective than behavioral and medical therapy, had long-term control of obesity, and improved comorbidities as type 2 diabetes. However, surgery is a major intervention and may be associated with risk of complications and perioperative mortality. The morbidly obese individuals usually have a higher incidence of co-existing medical problems and are more likely to develop short and long-term complications after bariatric surgery (Karamanakos 2008, Almogy 2004, Fuks 2009). It was intended to achieve a significant weight loss prior to performing a more restrictive and malabsorption operation among those at high surgical or anesthesiologic risk. After a period of initial weight loss, the surgical risk would be reduced, and the second definitive surgery could be performed. Sleeve gastrectomy is a purely restrictive operation with no malabsorptive effects. It involves removing the fundus and greater curvature portion of the stomach leaving a narrow tubular stomach that is approximately the size and shape of a banana. It preserves the integrity of the pylorus and does not include intestinal bypass as part of the technique. The technique is simple, but some components of the surgery can result in serious complications if not performed correctly (Peterli 2009, Gill 2010, Brethauer 2011). Hormonal change represented by the decrease in the ghrelin level due to resection of the fundus may be another factor for the weight loss, as well as the accelerated gastric emptying, and the behavioral 1999 Kaiser Foundation Health Plan of Washington. Back to Top Date Sent: 3/24/2020 99 these criteria do not imply or guarantee approval. The exact underlying mechanism is still unknown, and the long-term effects of the surgery are still under investigation (Rubin 2008, Akkary 2008, Moy 2008, Karamanakos 2008, Brethauer 2011). It can also be performed in patients with disorders which preclude intestinal bypass. However, the procedure is irreversible and has potential complications associated with the relatively long staple line such as bleeding and leakage. It may also result from mid-sleeve stenosis due to stenosis in the lumen or twisting or kinking of the sleeve at the incisura. 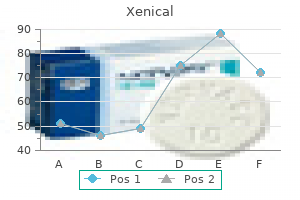 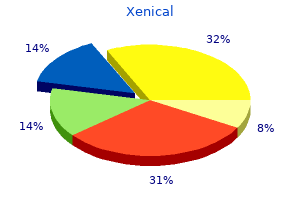 In addition, a group of growth factors that are involved in the formation and regeneration of the small intestine have been found, and the importance of intraepithelial lymphocytes and glutamine has become known. In addition, the possibility that cells derived from the bone marrow might behave as a part of the epithelium of the digestive tract has been reported and has gained interest. Concerning intestinal motility, progress has been made in the analysis of interstitial cells of Cajal and various neurotransmitters. Although there is room for improvement in enteroscopy, is useful in the diagnosis of small intestinal diseases. In the area of surgery, the spread of laparoscopic surgeries as a minimally invasive approach has been marked. However, it is also an organ where a the small intestine, which plays a role in the direct approach such as endoscopy is dif? This article is a revised English version of a paper originally published in the Journal of the Japan Medical Association (Vol. The Japanese text is a transcript of a lecture originally aired on November 6, 2002, by the Nihon Shortwave Broadcasting Co. Digestion and absorption transcription factors such as Cdx2 are involved Food is degraded into glucose, amino acids, in the phenotypic expression speci? Carbothe bottom of the intestinal crypt, and the hydrate is hydrolyzed by -glycosidase during entire villus is thus formed through the matuthe membrane digestion. However, the inhibitor, which slows the hydrolysis of carbomechanism by which the small intestinal hydrate, is presently used in the treatment of mucosa acquires properties speci? Conthat cannot be ignored in the formation of cerning absorption of nitrogen sources, the mucosa. PepT1 is known to have unique receive parenteral nutrition, followed by a characteristics, such as maintaining its funcdecrease in secretory IgA and? This induces bacterial transand being involved in the absorption of some location and increases the patient?s susceptiantibiotics. The report showed only to absorption of nutrients but also to that bone-marrow-derived cells might serve as 1) drug delivery. Gastrointestinal motility and absorption due to short-bowel syndrome and autonomic nerves Crohn?s disease is increasing each year. Conversely, the excess each of these substances is closely involved in manganese has become a problem, as studies regulating gastrointestinal motility and secrehave shown that manganese is deposited in the tion. Tumors of the small intestine for chemotherapy, a clinical attempt has been Neoplastic diseases in the small intestine are made to use them for diarrhea-type irritable not very common. In general, non-epithelial bowel syndrome based on the idea that they tumors are more common than epithelial suppress intestinal motility.