Argon beam Argon gas allows for faster and more efficient haemostasis than with electrosurgery alone. This technique can be particularly valuable in surgery on the spleen, liver and kidneys (Gombotz 1998, Ross 1997, Idowu 1998, Rees 1996). Blood Transfusion Guideline, 2011 321 321 Laser surgery A laser burner works according to the same principles as an electrocautery, but it uses laser energy instead of electrical current to separate tissues and simultaneously coagulate (Wyman 1993, Cornford 1997). Water jet dissec to r the water jet dissec to r is an instrument that uses water at high pressure to separate tissues and causes relatively little tissue damage (Rau 1995, Baer 1993, Wu 1992). Ultrasonic dissec to r An ultrasonic dissec to r is an instrument that uses the mechanical energy created by ultrasonic vibrations to perform precise surgical incisions, which in combination with controlled haemostasis limits the damage to surrounding tissues to a minimum (Hoenig 1996, Epstein 1998). Local haemostatics the local application of haemostatic pharmacological agents such as fibrin glue (see 8. Another option to halt localised bleeding is infiltration with epinephrine (Kuster 1993, Sheridan 1999), phenylephrine or the local application of cocaine (Berde 2000, Riegle 1992). The (capillary) bleeding can be halted by the vaso-constrictive effect of these agents. The last few years have seen increasing use of radiological intervention to simplify, limit or even replace surgical procedures. For example, arterial embolisation of the iliac vessels can halt bleeding in a poly-trauma patient with massive exsanguination shock. In the case of blunt injury to the spleen and liver, the bleeding vessel can be traced and embolised with the aid of selective angiography (Holting 1992, Ben-Menachem 1991, Agolini 1997, Willmann 2002, Spahn 2007). Definitive (surgical) treatment can take place semi-electively at a later stage, once the patient is haemodynamically and pulmonologically stable and any acidosis, electrolyte and clotting abnormalities and hypothermia have been corrected (Beekley 2008, Spahn 2007). During elective surgery, pre-operative embolisation of a richly vascularised tumour can often limit the final resection and minimise blood loss. The success rate is around 90% and this is a method where the blood loss is controlled relatively quickly, which limits the number of blood transfusions and means that surgical intervention can usually be avoided (McCormick 1994, Orloff 1994). Radiological intervention is increasingly being used for both atherosclerotic stenosing vascular disease and aneurysmatic vascular disease for the insertion of stents (also in patients with increased cardio-pulmonary risk) and coils (also in patients with aneurysms of cerebral vessels). Cryo-therapy is much less invasive than conventional surgery and is used primarily for liver and prostate surgery. Radio-surgery Developments both in the field of radiology and radiotherapy means that in some cases malignancies can be treated using localised radiotherapy.

Routine serologic testing of nonpregnant postpubertal women before immunization is unnecessary and is a potential impediment to protection against rubella, because it requires 2 visits. If a woman is found to be susceptible, rubella vaccine should be administered during the immediate postpartum period before discharge. Arthralgia and transient arthritis tend to be more common in sus ceptible postpubertal females, occurring in approximately 25% and 10%, respectively, of vaccine recipients. Joint involvement usually begins 7 to 21 days after immunization and generally is transient. The incidence of joint manifestations after immunization is lower than that after natural infection at the corresponding age. If vac cine is administered inadvertently or if pregnancy occurs within 28 days of immuniza tion, the patient should be counseled on the theoretical risks to the fetus. The maximal theoretical risk for occurrence of congenital rubella is estimated to be 1. In view of these observations, receipt of rubella vaccine during pregnancy is not an indication for termination of pregnancy. Immunizing susceptible children whose mothers or other household contacts are pregnant does not cause a risk. Most immunized people intermittently shed small amounts of virus from the pharynx 7 to 28 days after immu nization, but no evidence of transmission of the vaccine virus from immunized children has been found. Children with minor illnesses, such as upper respira to ry tract infec tion, may be immunized (see Vaccine Safety, p 41). However, if other manifestations suggest a more serious illness, the child should not be immunized until recovery has occurred. Immunocompromised patients with disorders associated with increased severity of viral infections should not receive live-virus rubella vaccine (see Immunocompromised Children, p 74). If possible, children receiving biologic response modifers, such as anti tumor necrosis fac to r-alpha (see Biologic Response Modifers, p 82), should be immu nized prior to initiating treatment. The risk of rubella expo sure for patients with altered immunity can be decreased by immunizing their close susceptible contacts. Although small amounts of virus are shed after immunization, no evidence of transmission of vaccine virus from immunized children has been found. For patients who have received high doses of corticosteroids (2 mg/kg or greater or more than 20 mg/day) for 14 days or more and who otherwise are not immunocompromised, the recommended interval before immunization is at least 1 month (see Immunocompromised Children, p 74) after steroids have been discontinued. The most common illness associated with nontyphoidal Salmonella infection is gastroenteritis, in which diarrhea, abdominal cramps, and fever are common manifestations. Sustained or intermittent bacteremia can occur, and focal infections are recognized in as many as 10% of patients with nontyphoidal Salmonella bacteremia. Salmonella enterica serotypes Typhi, Paratyphi A, Paratyphi B, and certain other uncommon serotypes can cause a protracted bacteremic illness referred to, respectively, as typhoid and paratyphoid fever and collectively as enteric fevers. The onset of enteric fever typically is gradual, with manifestations such as fever, constitutional symp to ms (eg, headache, malaise, anorexia, and lethargy), abdominal pain and tenderness, hepa to megaly, splenomegaly, dactylitis, rose spots, and change in mental status. 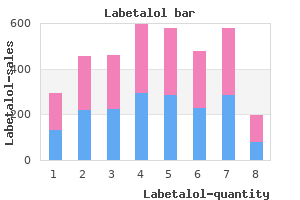 Children require the same dose as Patient contacts are investigated for signs of the adults, the dose being dependent on the severity disease and for carriage of the bacteria. Anti to xin is no longer used as immune close contacts are given prophylactic prophylaxis because of the risk of hypersensitivity. A trial dose to exclude hypersensitivity should Those at greatest risk will be: precede its use. Antibiotic prophylaxis for an unimmunized person is with single dose intramuscular Benzylpenicillin If antibiotics are commenced before specimens are (60 000 units for a child under six years of age, or collected for culture, the bacteria may be inhibited 1. If possible, obtain a nose day course of oral Erythromycin as per Appendix and throat swab for diagnosis before commencing 4. A nose and throat swab should be taken wherever antibiotics but never delay treatment if labora to ry possible before commencing antibiotics. Swabs should be taken after completion of the Diphtheria may not confer immunity, therefore antibiotics. Page 135 diphtheria to xoid may need to be given in diphtheria from the nose and throat in an average convalescence as a complete course or reinforcing dose of three days. If the patient is still culture positive depending on the patients immunization his to ry. Health education and health promotion Mothers and fathers should be educated about the All contacts should be kept under surveillance and importance of having their children immunised if any develop a sore throat or nasal discharge the against the common communicable diseases. Crowded living conditions and exposure to people with respira to ry conditions should be avoided Asymp to matic carriers of to xigenic strains of C. Care should be taken to avoid diphtheria must be looked for during outbreaks indoor air pollution caused by to bacco smoke or of the disease as these carriers may help spread the the smoke or fumes from heating or cooking bacteria. Mothers should Mechanical ventilation for intercostal ensure children are warmly dressed in cold weather paralysis. Definition There are currently three different influenza strains Influenza, commonly known as flu, is one of the circulating worldwide; two subtypes of influenza oldest and most common diseases known. Labora to ry tests are Influenza also occurs in worldwide epidemics required to distinguish it from other acute (pandemics) due to major changes in the virus respira to ry infections. There have been 31 such secretions discharged via airborne droplets during pandemics of influenza since that time, three coughing or sneezing and possibly by direct contact occurring in the 20th Century in 1918, 1957, and with the secretions or indirect contact with articles 1968.

Specificity It is the accuracy with which a test can confirm the absence of an infection in an infected individual. The higher the prevalence, greater is the probability that a person testing positive is truly infected i. Detection of specific antigens, viral nucleic acid, isolation / culture of virus are all confirma to ry tests in that the presence of the virus is detected. It is less successful on other body fluids like saliva, urine, breast milk, tears and amniotic fluid. Virus isolation is done for research purposes only and never for diagnosis in India. Detection of specific antibodies this is done by performing initial screening tests, which if positive, are followed up by supplemental tests to confirm the diagnosis. The assays may use a combination of recombinant and synthetic peptides as antigens. The sample is then to be taken up for supplemental tests to confirm the diagnosis. This is to be done to confirm the diagnosis on samples which given discordant results in E/R. The various strategies, so designated, involve the use of categories of tests in various permutations and combinations. This strategy is used for ensuring donation safety (blood, organ, tissuesand sperms, etc. In case the second E/R is non reactive, then the result is taken as negative for sentinel surveillance purposes. In case sample is positive by first test kit and negative by second test kit, the sample is subjected to a tiebreaker third test. If third test is reactive, sample is reported as indeterminate and follow-up testing is undertaken after 2-4 weeks. The test utilized for the first screening test is one with the highest sensitivity (may give high number of false positives) and those used for the second and third tests are those with the highest specificity ( to minimize false positive reactions). Three different kits with different antigen system and / or different principle of test are required to follow this strategy. A sample reactive in first assay and non-reactive in second assay is subjected to a third tie breaker assay. In such cases however, if client his to ry is suggestive of high risk fac to rs/high risk behaviour, he may be asked to come for follow up testing after 2-4 weeks. Use of improved, third and fourth generation serological assays demonstrates that seroconversion typically occurs 3-12 weeks post-infection, although significant delay can occur in some individuals.