The skin fngerprint card may then be cut into two strips of fve should soak for an hour or so until suffciently frm. A strip holder or spoon is used hardened, the friction ridge skin should be removed, patted to hold the strip. The inked fngers are then rolled in their correformaldehyde solution for several hours. The skin is then sponding blocks from nail edge to nail edge, as previously rinsed gently with running water, rinsed in laboratory-quality described. This procedure is repeated on different strips isopropanol to remove any excess moisture, patted dry, and until legible impressions are obtained. Anbecause the top layers of friction ridge skin may be comother method for extremely diffcult cases is to use black pletely decomposed or destroyed. Maceration occurs when friction ridge skin is immersed, To proceed, the friction ridge skin must be completely usually in water, for an extended period of time. The fngerprint powder is neced as previously described for recently deceased subjects. The the skin has separated from the dermal layer and is wrinskin is then rolled across the adhesive side of a section of kled, it may be possible to pull the skin from the back of the transparent or frosted fngerprint tape. Stretching of the friction ridge skin in this manner may for comparison when placed adhesive-side down in the also facilitate the recording of palmprints and footprints. Often, the skin may be loose and until only the friction ridge skin remains and can be fatsomewhat damaged yet have most of the pattern area tened satisfactorily between two pieces of glass. This method detail that has been subjected to various types of destrucproduces the best results when used on hands or feet that tive conditions such as desiccation, hardening, or wrinkling. When the casts are examined, the friction ridge details will be black and will be in the same 4.

Manuscript is structured as follows: Original Article: Abstract, Keywords, Introduction, Materials and Methods, Results, Discussion, References, Table and Figure. Research Communication: Abstract, Keywords, Main Text, and Conclusion (if applicable), References, Table and Figure. Application Note: Abstract, Keywords, Availability, Introduction, Main Text, and Supplementary Information, References, Table and Figure. Check that all references listed in the references section are cited in the text and vice versa. All figures and tables referenced in the text and numbered in order of its appearance in the text. Copyright transfer agreement The copyright to this article is transferred to Genomics & Informatics efective if and when the article is accepted for publication. The author warrants that his/her contribution is original and that he/she has full power to make this grant. The author signs for and accepts responsibility for releasing this material on behalf of any and all co-authors. The copyright transfer covers the exclusive right to reproduce and distribute the article, including reprints, translations, photographic reproductions, microform, electronic form (ofine, online) or any other reproductions of similar nature. According to the deposit policy (self-archiving policy) of Sherpa/Romeo (htp:// D ecreased diffusing capacity of the lung (due to the reduction of the sum m ary alveolarsurface area:in em physem a only A. Centrilobular em physem a Thurlbeck W M:Chronic A irflow O bstruction in L ung D isease. Types of pulm onary em physem a:panacinar em physem a P anlobular(panacinar)em physem a Thurlbeck W M:Chronic A irflow O bstruction in L ung D isease. Thickening of the bronchiolarw all, infiltration by lym phocytes, m acrophages,and neutrophils 280fim P. 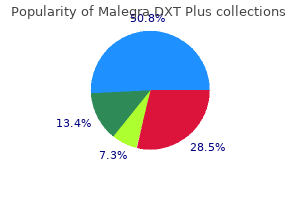 Both a meta-analysis and mathematical modeling concluded that children are about half as likely to get infected than adults (246,247). Some have argued that this is due to a difference in distribution, maturation, and functioning of viral receptors (248) or immune imprinting by other viruses (249). Young children seem either more (251,253) or less at risk (252,254,255) for severe disease. However, transmission dynamics is not only determined by the biological component, also behavioral and contextual components are involved. Based on contact tracing studies on household transmission, children rarely seem to be the index case of a cluster (in 8 to 10% of households) (262,263) while this is much higher for H5N1 influenza (54%) (262) and children rarely cause secondary cases (264,265). Contact tracing and cluster investigations in schools before lockdown done in Ireland (266), France (267,268) and New South Wales (269) report very limited onwards transmission. A comparison between both countries did not show any measurable impact of the school closure on the number of laboratory-confirmed cases in children (270). Data from Public Health England showed outbreaks were rare and mostly linked to staff. The risk of having an outbreak in a school correlated with the level of community transmission (271). Seroprevalence studies have demonstrated that the infection attack rate in high school students (38. Caution is therefore needed, as also exemplified by a large outbreak in a high school in Israel, with an infection in 153 students and 25 staff members (272). Finally, even though the relative risk might be increased, overall absolute risks in this age groups seems low. Risk to the fetus: In utero transmission is possible, as proven by a case from France (291). A systematic analysis of published reports identified a total of 655 women and 666 infants for which data was available. They found a total of 28 neonates, almost all asymptomatic, for which vertical transmission might have been possible, although they hypothesize that some false-positive nasopharyngeal swabs might be reported due to contamination by maternal stool (292). Among solid cancer patients, patients with lung cancer have been shown to have the highest death rate and highest frequency of severe events (323). The effect was more pronounced in younger patients (<60 years) and patients without comorbidities. The most common hematological malignancies were NonHodgkin lymphoma, myeloid neoplasms and plasma cell neoplasms. Receiving radiotherapy was also suggested to be associated with increased mortality (329). 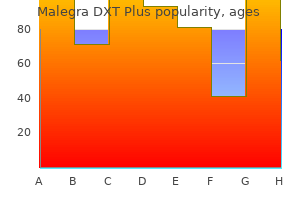