Amblyomma testudinarium tick bite: One case of engorged adult and a case of extraordinary number of larval tick infestation. Environmental information systems for the control of arthropod vectors of disease. Etiology: the agent of this infestation is Tunga (Sarcopsylla) penetrans,asmall flea. The ovigerous female is an obligate parasite of warm-blooded animals, including swine, man, nonhuman primates, and dogs. It is easy to identify because it is small (about 1 mm long), it does not have pronotal or genal combs, and it has an angular head. The fertilized female becomes encrusted in the skin of the host, where she feeds continuously. As she increases in size, the host epidermis surrounds and encloses her in an excrescence similar to a wart that encloses inflammatory cells. Meanwhile, the female expels her eggs through an orifice on top of the excrescence. These larvae molt twice within 10 to 14 days and are transformed into pupae that bury themselves in the soil for another 10 to 14 days. After mating, the male dies and the female penetrates the skin of an animal and reinitiates the cycle with oviposition. It was probably carried from America to Africa in the seventeenth century and reintroduced in 1872 by a British ship that arrived from South America and unloaded its sand ballast on the beaches of Angola. From there it spread through the entire western coast of Africa and ultimately reached eastern Africa and Madagascar. Thus, infestations occur in Central and South America, the Caribbean, tropical Africa, India, and Pakistan (Lowry et al. To cite examples from studies carried out near the end of the twentieth century, infestations were reported in 11 (25%) of 44 children examined in the Republic of the Congo (Obengui, 1989); 49 (22. By contrast, in the rest of the world the infestation is so rare that individual cases are worthy of publication. In all these cases except Brazil and Mexico, the infestation was contracted outside the country. In Mexico, the last cases of human tungiasis prior to those mentioned above were reported in 1948; authors believe that those 4 new cases are an indication that the parasite is reappearing in that country. Prevalence declines with age, probably because the skin is thicker and also because footwear is used more often (Ade-Serrano and Ejezie, 1981). 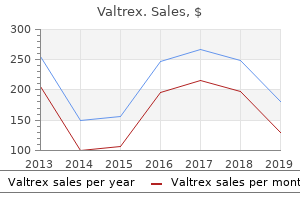 Heartworm disease in endemic areas can be prevented by prophylactic topical administration of moxidectin (0. With the proper advice the risk of diseases and parasitic transmission between animals and humans can be minimised. Extensive research is required to address exhibit antitumor, antimalarial, antiviral activities. Therefore, future studies should focus on ous existing gaps in the research on Simarouba glauca and provide future providing answers to fll the existing gaps about the utility of Simarouba directions to promote address these grey areas. Articles pertaining to anti-cancer activity were Correspondence: fltered and information collected for preparing the review article. Madhunapantula pharmacological potential of Simarouba glauca is well documented; not Professor of Cellular and Molecular Biology, Department of Biochemistry, much is known about the mechanism(s) of action of the isolated phytoCenter of Excellence in Molecular Biology and Regenerative Medicine, constituents. The health very few of them are currently being tested in clinical trials (Table 1). Priority has been given to those that are directly related derived from the euphol/tirucalol series, (+)-polyandrol, eurylactones and recent. Data collected from the literature search was grouped into A and B, ailanquassins A and B, 6-dehydroxylongilactone have been 73 Systematic Reviews in Pharmacy, Vol 10, Issue 1, Jan-Dec, 2019 Jose, et al. Studies have also explored the possibility of targeting cancers by using combination strategies. Canthin-6-one is another potent anti-cancer agent tested using various in vitro and in vivo models. A short chain fatty acid containing tricaproin has shown essential amino acids namely leucine (7. The plant meal contain calcium (143mg/100g), sodium (79mg/100g), saponins with triterpenoid aglycone (3. Canthine 6-one decreases the Brdu incorporation thereby suppresses the cell proliferation Dejos et al. In addition, it interferes with mitotic spindle formation followed by G2/M arrest. Additional studies are also warranted to test its selectivity and efcacy against other cancer types. Furthermore, non-specifc reactions of lungs were observed when triolein was given intravenously. Modulation of these processes leads to the inhibition of tumor cells growth and metastatic spread. 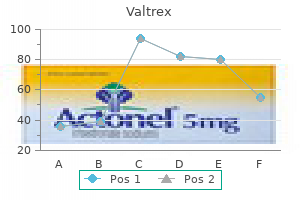 It has been estimated Pulmonary disease that 75% of baby boomers will enter long-term care facilities Pulmonary diseases such as pneumonia, chronic obstructive with the majority of their natural teeth, and it is well underpulmonary diseases (including emphysema), and exacerbations of stood that patients with good oral care require fewer healthcare chronic bronchitis all involve the aspiration of bacteria from the dollar expenditures. However, studies have shown that up to 50% of healthy individuals aspirate oropharyngeal contents while asleep. Growing bodies of evidence indicate toward a positive unidirectional relationship. In 2008, it was estimated that 18 million necrosis factor fi, interleukin 1fi, and interleukin 6, which, in people worldwide had diabetes. Prolonged hyperglycemia has negative effects on the addition, during episodes of dental bacteremia, streptococci of heart, eyes, kidneys, and peripheral nerves, and researchers now the viridans group can induce platelet aggregation and possibly suggest that periodontal disease should be considered a major thrombus formation. From a population than 2 mm deep are at an increased risk of diabetes compared health standpoint, with the high prevalence of each condition, to patients with pockets less than 1. Similar to the causality data, the intervention data have all of these oral complicationsfi Multiple studies In osteoporosis, an imbalance between bone loss and formahave looked at the best way to treat periodontitis and positively tion results in decreased bone mineral density. Gastric acid secretion and the reflux of the acid into Periodontal disease and other conditions that result in poor the oral cavity leads to worsening of enamel erosion, increased oral health are common in patients with chronic kidney disease. Subsequent Primary prevention of disease is the best approach but often to the changes in the gingiva, there is a change in the oral flora, difficult to achieve. From a primary care standpoint, it is vital including an increase in the amount of anaerobic bacteria. Multiple systemic reviews have been completed, and Sciences, and the commander, Special Warfare Medical Group some show a positive impact if periodontal disease is treated (A), Fort Bragg, North Carolina. Good oral health is essential for good general health: the oral-systemic connec533-550. Association between perceived oral and dontitis to atherosclerotic cardiovascular disease. 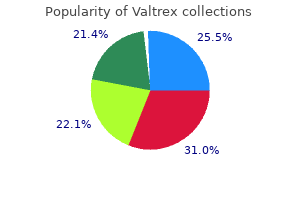 In children with active trachoma, Chlamydia can be recovered from the nasopharynx and rectum, but the trachoma serovars do not appear to have a genital reservoir in endemic communities. The severity of disease is often related to living conditions, particularly poor hygiene; exposure to dry winds, dust and fine sand may also contribute. Epidemic measures: In regions of hyperendemic prevalence, mass treatment campaigns have been successful in reducing severity and frequency when associated with education in personal hygiene, especially cleanliness of the face, and improvement of the sanitary environment, particularly a good water supply. Onset is either sudden or slow, with a fever that may be relapsing (usually with a 5-day periodicity), typhoid-like or limited to a single febrile episode lasting several days. Endocarditis has been associated with trench fever infections especially among homeless or alcoholic individuals. People are infected by inoculation of the organism in louse feces through a break in the skin. The disease spreads when lice leave abnormally hot (febrile) or cold (dead) bodies in search of a normothermic host. Preventive measures: Delousing procedures: Dust clothing and body with an effective insecticide. Control of patient, contacts and the immediate environment: 1) Report to local health authority so that an evaluation of louse infestation in the population may be made and appropriate measures taken; Class 3 (see Reporting). Patients should first be carefully evaluated for endocarditis, as this will change the duration and follow-up of antibiotherapy. Disaster implications: Risk is increased when louse infested people are forced to live in crowded, unhygienic shelters (see 9B1). Gastrointestinal symptoms, such as diarrhea, due to the intraintestinal activity of the adult worms, may precede the ocular manifestations. Biopsy of skeletal muscle, taken more than 10 days after infection (most often positive after the fourth or fifth week of infection), frequently provides conclusive evidence of infection by demonstrating the uncalcified parasite cyst.