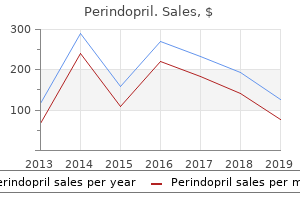 Stratified: many layers of cells which grow from the basal lamina upward and eventually shed into the lumen or free surface. Epithelia are classified secondly by shape of the cells: Squamousvery thin and flat cells Cuboidal Square columnarrectangular (taller than it is wide) Thirdly, epithelia are classified by its apical surface specializations: Microvillior brush border, increases surface area, fuzzy edge, short, hard to see microscopically. Ciliavery similar to flagella, function in transport and sensation, longer, easier to see. This allows for efficient gas exchange of oxygen absorption and carbon dioxide release but also results in vulnerability of the gill to pathogen invasion or irritation. Gills are also responsible for regulating the exchange of salt and water and play a major role in the excretion of the nitrogenous waste products, primarily ammonia. Even slight structural damage can render a fish very vulnerable to osmoregulatory as well as respiratory difficulties. Each of these primary lamellae has a series of secondary lamellae located perpendicular to the primary lamellae. The gill arch is covered by typical teleost epidermal tissue but at the origin of the primary lamellae the epidermis is much thicker and usually contains numerous mucous cells. The primary lamella is covered by a mucoid epidermis which may have within it pale-staining saline, or salt secreting chloride cells. These chloride cells are most numerous at the basal (proximal) part of the lamellae. This surface consists of overlapping or interdigitating squamous epithelial cells, usually one layer thick, supported and separated by pillar cells, which are arranged in rows 9-10 fim apart. Where the pillar cells impinge on the basement membrane they spread to form flanges which coalesce with those of neighboring pillar cells to complete the lining of the lamellar blood channels. The pillar cells have been shown to contain columns of contractile protein similar to that found in amoebae. Since the blood entering the lamellar blood spaces comes directly from the ventral aorta at high pressure, the presence of contractile elements in the supports of these spaces serve to resist their distension under normal circumstances. These serve to aid in attachment of the cuticular (epidermal) mucus, which, in addition to its role in reducing infection and abrasion, has a significant role in regulating the exchange of gas, water and ions. The combined thickness of the cuticle, respiratory epithelium and flanges of the pillar cells ranges from 0. Goblet Cells are found scattered among the squamous epithelial cells of the gill lamellae, as well as in the basal region of the lamellae. The pseudobranch has a direct vascular connection with the choroid of the eye, which is composed of similar arrays of capillaries alternating with rows of slender fibroblast-like cells. The thickness of the epidermis varies greatly depending on the part of the body, age, sex, stage of reproductive cycle, and environmental stresses. 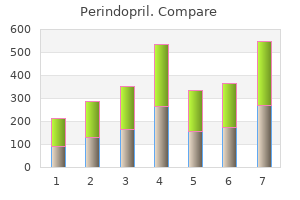 Zygomycetes is the name of the taxonomic class (see microbial section for a review on taxonomy) that includes several genera that can be pathogenic in humans. This review is focused on the most prominent and well-studied/characterized genera associated with human disease (rhinocerebral, pulmonary, allergic reaction, cutaneous effects): Rhizopus and Mucor (Ribes et al. Other pathogenic genera with some data include Basidiobolus and Conidiobolus causing chronic sinusitis, both of which have been isolated from tropical and subtropical environmental sources. Entomophthorales (genera are Conidiobolus and Basiodobolus) are associated with chronic cutaneous and subcutaneous infections that are nearly exclusively limited to the tropics with unlikely dissemination to the internal organs. Diseases caused by members of Mucorales (genera are Rhizopus, Rhizomucor, Mucor, Absidia, Aphphysomyces, Cunninghamella, Saksenaea, etc. Summary statistics of that report indicate that the most common types of infection were sinus (39%), pulmonary (24%), cutaneous (19%), and systemic disease developed in 23% of the cases. As 65 will be reviewed below, the majority of the cases were found to be associated with a few common risk factors associated with zygomycosis. Iron is particularly important for the growth and virulence of Zygomycetes (Symeonidis, 2009). This means that physiological conditions resulting in increased bioavailability of iron predispose patients to Zygomycetes. Thus, most patients diagnosed with zygomycosis exhibit iron overload, as indicated by a high tissue iron burden, elevated serum transferrin, or increased nontransferrin-bound iron (Hogan et al. There also appears to be a correlation with diabetic ketoacidosis and other acidoses, which predispose patients to zygomycosis by facilitating the dissociation of iron from iron-carrying proteins. Likewise, fungal infections caused by Zygomycetes are considered emerging infections in intensive care units (Paramythiotou et al. Symptoms are not unlike other causes of rhinosinusitis, and therefore, biopsy specimens help with histological diagnosis. Conidiobolus coronatus can infect the nasal mucosa (known as conidobolomycosis) after inhalation from the air or from soiled hands, as it is a common fungus found in the soil near decomposing plant materials (Yang et al. Consistent with other information on infections by Entomophthorales (the order into which the genus Conidiobolus falls), the infection did not spread. Pulmonary zygomycosis is clinically and radiologically indistinguishable from pulmonary aspergillosis (Mantadakis and Samonis 2009). Patients usually present with prolonged fever and haemoptysis (coughing up blood or blood-stained mucus). The disease is common in neutropenic (low count of neutrophils, a type of white blood cell) patients and people with underlying hematological malignancies. A case of pulmonary infection after a stem cell transplant was reported by Matsumoto et al. A non-thrombotic (not a blood clot) pulmonary embolism (blockage of pulmonary artery) was caused by Cunninghamella bertholletiae (member of the Mucorales family). 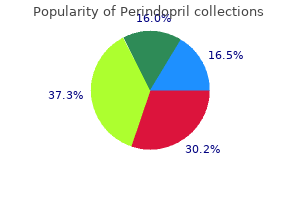 Arteriolopathy, proliferative, chronic, multifocal Impaired endothelium dependent relaxation, cardiac with medial degeneration and fibrinoid necrosis. Stimulation of aldosterone secretion vascular wall medial thickening with arteriolar hyaline (zona glomerulosa of the adrenal cortex) deposits and intimal fibrosis as well as focal Acts on distal convoluted tubules and glomerular ischemic changes (retraction, wrinkling, collecting ducts reabsorb sodium and and folding of the capillary walls) with basement water from urine (exchange for potassium membrane thickening, global or even segmental which is excreted in urine) ^blood glomerulosclerosis and varying but subtotal foot volume ^blood pressure process effacement (electron microscopy). Secretion of anti-diuretic hormone from atrophy and interstitial fibrosis also occur. Reabsorption of water in the kidneys may be attributed to hypertensive renal injury when c. Stimulation of thirst and salt appetite accompanied by glomerular ischemic changes, 3-1. Glomerular tuft with fibrinoid arterioles are expanded by eosinophilic protein and necrotic cellular necrosis of the afferent arteriole (arrow) and hyalinosis of the tuft. Kidney, arterioles: Arteriopathy, and intestinal epithelium proliferative and necrotizing. Glomerulosclerosis, multifocal, moderate, with exchange on proximal tubules, thick tubular degeneration, regeneration, and protein casts. Increases tubuloglomerular feedback membrane thickening, which is absent in this case. S t i m u l a t i o n o f r e l e a s e o f the contributor has provided an excellent comparative catecholamines (norepinephrine from review of hypertensive nephropathy, a condition that is adrenal medulla) morphological similar in most affected species. The intrarenal renin-angiotensin system: from physiology to the pathobiology of hypertension and kidney disease. A perspective on arterionephrosclerosis: from pathology to potential pathogenesis. Effects of centrally administered losartan on deoxycorticosterone-salt hypertension rats. Characterization of a stable, hypertensive rat model suitable for the consecutive evaluation of human renin inhibitors. Cardiovascular parameters in rat model of chronic renal failure induced by subtotal nephrectomy. It had a long vacuolated white matter with increased numbers of history starting 2 years after inoculation of hair glial cells. Epistaxis was granulated macrophages and smaller numbers of noted from time to time. Self-trauma to the foot and vegetative valvular polymorphonuclear leukocytes in malacic areas.