Biomechanics 35768 Saint-Gregoire Cedex, France with minimum follow-up of 2 years. Bony Increased-offand primary osteoarthritis with B2 glenoid, with repaired reported with newer computer based models [7,15,18] or set Reversed Shoulder Arthroplasty: Minimizing Scapular Impingement While Maximizing Glenoid Fixation. The reverse shoulder prosthesis for glenohumeral arthritis associated role in shoulder arthroplasty. The subscapularis tendon was repaired with have attempted to perform an objective measurement of 13. Post-operatively, the shoulders the acromiohumeral distance in post-operative x-rays. Clinical and radiological review of one hundred and forty cases plasty has a completely different biomechanical design were immobilised with internal rotation brace. PostHowever, the predictive value of this distance, regarding with forty five months of follow-up. Lateralized of motion and complication rate between patients with integrity according to Sugaya classification. The patients were divided Biomechanical effects of humeral neck-shaft angle and subscapularis outcome of the patients with and without subscapularis into 2 groups: intact and ruptured tendon. The lateralization and distalization shoulder angles are important healed or ruptured subscapularis would function as nonshoulder joint is directly correlated to the values of both determinants of clinical outcomes in reverse shoulder arthroplasty. This could be the reason for the similar functional sensitivity and specificity. We also wanted to seek the relationship between and 33 women, had mean age 73 years and average folplasty: a prospective randomized study. We Post-operative ultrasound assessment revealed that 59 prosthesis: Design, rationale, and biomechanics. Factors that predict postoperative motion in patients the mean score for healed subscapularis tendon group 5. A search in current literature revealed studies with the mean Constant score between the patients with heaJoint Surg Am 2010; 92:1627-34 the difference was statistically significant (p<0. Boulahia et al examined led subscapularis tendon and ruptured tendon; and found 5. However, the authors did not Grammont style prosthesis with 155 degrees neck shaft Suppl): 265-8 8. Musculoskeletal integrity of rotator cuff tendon according to Sugaya clasof the cohort involved acute fractures, fracture sequelae uniformity, we could exclude variability in the study to Surgery 2016: sification demonstrated good sensitivity and specificity, and revisions. 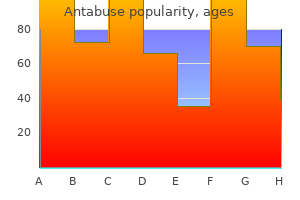 Heterogeneity of presenile calcinosis: clinical characteristics of patients seen in a dementia with bone cysts (Nasu-Hakola disease). Trimethyltin poisoning: disorders as sequelae of central pontine myelinolysis: report of report of a case with postmortem examination. Lesions of the central nervous system exposure from beverage contaminated by traditional Mexican characteristic of pellagra. The long-term effects of hepatocerebral degeneration following liver transplantation. Association between rise neuropathologic heterogeneity in two brothers with in serum sodium and central pontine myelinolysis. Effects of methylmalonic acid to three dose levels of oral cobalamin in fluvoxamine on cognitive functioning in the alcoholic older adults. Pellagra: an analysis of 18 patients and a hypometabolism in idiopathic basal ganglia calcification. A clinical hypoglycemia: diagnosis by measurement of serum C-peptide and biochemical study of 46 patients. Acute intermittent porphyria: retrospective analysis of 22 cases studied pathologically. Dialysis disequilibrium article with brief comments on the author and his syndrome in neurosurgical patients. AccompanyCerebral involvement may manifest with an early mononuing the dementia one often sees dysarthria, ataxia, and longcleosis-like syndrome, and, later, with dementia or seizures; tract signs, such as hyper-reflexia and Babinski signs; in there may also be a myelopathy with paraparesis and one case, the dementia was accompanied by chorea (Pardo a peripheral sensorimotor polyneuropathy. 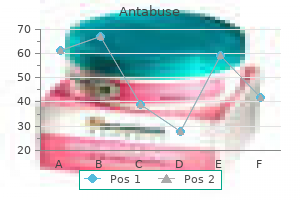 University Department of Paediatric Gastroenterology, the Inflammatory Bowel Diseases Study Group, Royal Free and University College School of Medicine, London, United Kingdom. However, basement membrane thickness and mucosal gamma delta cell density were significantly increased above those of all other groups including patients with inflammatory bowel disease. We have begun an investigation on the immune systems of patients with autism in attempt to determine if immune mechanisms are involved in the development of this severe developmental disorder. A study of 31 autistic patients has revealed several immune-system abnormalities, including reduced responsiveness in the lymphocyte blastogenesis assay to phytohemagglutinin, concanavalin A, and pokeweed mitogen; decreased numbers of T lymphocytes; and an altered ratio of helper to suppressor T cells. Immune-system abnormalities may be directly related to underlying biologic processes of autism, or these changes may be an indirect reflection of the actual pathologic mechanism. It is possible, but not proven, that these antibodies also react with tissues of the fetus and result in fetal death. The major histocompatibility complex comprises a number of genes that control the function and regulation of the immune system. One of these genes, the C4B gene, encodes a product that is involved in eliminating pathogens such as viruses and bacteria from the body. We previously reported that a deficient form of the C4B gene, termed the C4B null allele (no C4B protein produced) had an increased frequently in autism. In this study we attempted to confirm the increased incidence of the C4B null allele in autism and investigated the presence of a C4B null allele in two other childhood disorders, attention-deficit hyperactivity disorder and dyslexia (reading disability). We confirmed the finding of an increased frequency of the C4B null allele in autism and found that the related disorders also had an increased frequency of this null allele. Developmental Center for Handicapped Persons, Utah State University, Logan 84322-6800. The level of blood values for female subjects appeared lower than those for males as compared to normal subjects of the same sex. There is increasing evidence for systemic and neuroimmune mechanisms in children with autism. Although genetic factors are important, atypical prenatal maternal immune responses may also be linked to the pathogenesis of autism. Specific patterns of antibody reactivity were present in sera from the autism mothers, from 2 to 18 years after the birth of their affected children and were unrelated to birth order. The identification of specific serum antibodies in mothers of children with autism that recognize prenatally expressed brain antigens suggests that these autoantibodies could cross the placenta and alter fetal brain development. Systemic immune abnormalities have no known relevance to brain dysfunction in autism. In order to find evidence for neuroinflammation, we compared levels of sensitive indicators of immune activation: quinolinic acid, neopterin, and biopterin, as well as multiple cytokines and cytokine receptors, in cerebrospinal fluid and serum from children with autism, to control subjects with other neurologic disorders. 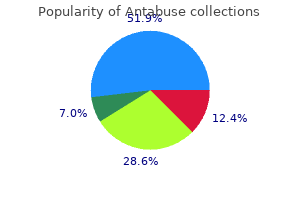 These conditions should be listed under the appropriate comorbid category specifier. The latter may be determined by asking whether nightmares were a problem before onset of the other disorder and whether they continued after other symptoms had remitted. Upon awakening from these episodes, the individual is completely awake, alert, and not confused or disoriented. These behaviors often reflect motor responses to the content of action-filled or violent dreams of being attacked or trying to escape from a threatening situation, which may be termed dream enacting behaviors. These behaviors may be very bothersome to the individual and the bed partner and may result in significant injury. Upon awakening, the individual is immediately awake, alert, and oriented (Criterion C) and is often able to recall dream mentation, which closely correlates with the observed behavior. Associated Features Supporting Diagnosis Severity determination is best made based on the nature or consequence of the behavior rather than simply on frequency. Prevalence in patients with psychiatric disorders may be greater, possibly related to medications prescribed for the psychiatric disorder. For this reason, it is suggested that electromyographic monitoring include the submentalis, bilateral extensor digitorum, and bilateral anterior tibialis muscle groups. Other specified dissociative disorder (sleep-related psychogenic dissociative disorder). When it occurs in narcolepsy, the demographics reflect the younger age range of narcolepsy, with equal frequency in males and females. 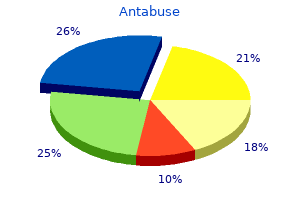