Pediatric cancer survivors and Rationale: represent a relatively small but growing population at high risk for various therapy-related complications. Although several well-conducted studies on large populations of childhood cancer survivors have demonstrated associations between specifc exposures and late effects, the size of the survivor population and the rate of occurrence of late effects does not allow for clinical studies that would assess the impact of screening recommendations on the morbidity and mortality associated with the late effect. In addition, ongoing healthcare that promotes healthy lifestyle choices and provides ongoing monitoring of health status is important for all cancer survivors. Potential harms of guideline implementation include increased patient anxiety related to enhanced awareness of possible complications, as well as the potential for false-positive screening evaluations, leading to unnecessary further workup. In addition, costs of long-term follow-up care may be prohibitive for some patients, particularly those lacking health insurance, or those with insurance that does not cover the recommended screening evaluations. These guidelines are therefore not intended to replace clinical judgment or to exclude other reasonable alternative follow-up procedures. Implementation Implementation of these guidelines is intended to standardize and enhance follow-up care provided to survivors of pediatric malignancies throughout Considerations: the lifespan. Considerations in this regard include the practicality and effciency of applying these broad guidelines in individual clinical situations. Issues being addressed include description of anticipated barriers to application of the recommendations in the guidelines and development of review criteria for measuring changes in care when the guidelines are implemented. Additional concerns surround the lack of current evidence establishing the effcacy of screening for late complications in pediatric cancer survivors. While most clinicians believe that ongoing surveillance for these late complications is important in order to allow for early detection and intervention for complications that may arise, development of studies addressing the effcacy of this approach is imperative in order to determine which screening modalities are optimal for asymptomatic survivors. While recognizing that the length and depth of these guidelines is important in order to provide clinically-relevant, evidence-based recommendations and supporting health education materials, clinician time limitations and the effort required to identify the specifc recommendations relevant to individual patients have been identifed as barriers to their clinical application. The guidelines outline minimum recommendations for specifc health screening evaluations in order to detect potential late effects arising as a result of therapeutic exposures received during treatment of childhood, adolescent, and young adult cancers. Each score relates to the strength of the association of the identifed late effect with the specifc therapeutic exposure based on current literature, and is coupled with a recommendation for periodic health screening based on the collective clinical experience of the panel of experts. 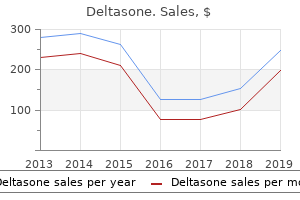 In addition, pet hamsters, labora tory mice, guinea pigs, and colonized golden hamsters can have chronic infection and can be sources of human infection. Humans are infected by aerosol or by ingestion of dust or food contaminated with the virus from the urine, feces, blood, or nasopharyngeal secretions of infected rodents. Several such clusters of cases have been described following transplantation, and 1 case was traced to a pet hamster purchased by the donor. The incubation period usually is 6 to 13 days and occasionally is as long as 3 weeks. If appropriate treatment is not administered, fever and paroxysms may occur in a cyclic pattern. Depending on the infecting species, fever classically appears every other (Plasmodium falciparum, Plasmodium vivax, and Plasmodium ovale) or every third day (Plasmodium malariae), although in general practice this pattern is infrequently observed, especially in children. Other manifesta tions, particularly as the clinical disease progresses, can include nausea, vomiting, diar rhea, cough, tachypnea, arthralgia, myalgia, and abdominal and back pain. Anemia and thrombocytopenia, along with pallor and jaundice caused by hemolysis, are common in severe illness. Update: interim guidance for minimizing risk for human lymphocytic choriomeningitis virus infection associated with pet rodents. Plasmodium knowlesi is a nonhuman primate malaria parasite that also can infect humans. P knowlesi malaria has been misdiagnosed commonly as the more benign P malariae malaria. Disease can be characterized by very rapid replication of the parasite and hyperparasitemia resulting in severe disease. Severe disease in patients with P knowlesi infection should be treated aggressively, because hepatorenal failure and subsequent death have been well documented. Most congenital cases have been caused by P vivax and P falciparum; P malariae and P ovale account for fewer than 20% of such cases. The 5 species that infect humans are P falciparum, P vivax, P ovale, P malariae, and P knowlesi. The potential for malaria transmission is ongoing in areas where malaria previously was eliminated if infected people return and the mosquito vector is still present. Transmission is possible in more temperate climates, including areas of the United States where anopheline mosquitoes are present. Nearly all of the approximately 1500 annual reported cases in the United States result 1 from infection acquired abroad. P vivax and P falciparum species are the most common malaria spe cies in southern and Southeast Asia, Oceania, and South America. 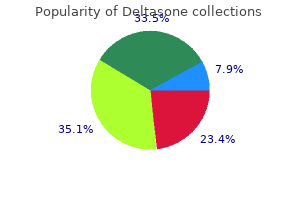 As the amount ofcollagen in granulation tissue progressively increases, the tissue becomes gradually less vascular and less cellular. Progressive contraction of the wound also occurs, often resulting in a deformity of the original structure. Metabolic disorders, such as diabetes mellitus (associated with both susceptibility to infection and impaired circulation) 5. Dietary deficiency of ascorbic acid or protein, which are required for collagen formation Review The st Directions: Each of the numbered items or incomplete statements inthis section is followed by answers or by completions ofthe statement. An intra-alveolar exudate filling the alveoli (A) Fistula (abnormal duct or passage) of the involved portion of the lung is connecting to the abdominal wall present. A 2-year-old boy presents with of frequent sneezing and "watery" eyes recurrent infections involving multiple during the past several weeks and reports organ systems. A 16-year-old boy presents with a caused by abnormal microtubule 24-hour history of severe abdominal pain, formation nausea, vomiting, and low-grade fever. This condition is typified by a form of infammation that invariably includes which of the following It is noteworthy that in many instances, bacterial infections are characterized by neutrophilic infiltrates. This type of reaction is primarily mediated by the release of histamine from tissue mast cells, and the associated cellular infiltrate and peripheral blood findings represent mobilization and increased numbers of eosinophils. The symptoms reported are those of seasonal rhinitis, better known as "hay fever, " a manifestation oftype I hypersensitivity (see Chapter 5). Chronic granulomatous disease of childhood, a condition characterized by repeated infections and most commonly X-linked inheritance, is marked by failure ofthe myeloperoxidase-halide system of killing within phagocytic cells. This results in a secondary deficiency of reactive oxygen metabolites, including H202, which, along with halide ions, functions as a substrate for myeloperoxidase. The impaired phagocytic cell is incapable of producing H202, and any H202 produced by the microorganism itself is inactivated by endogenous catalase. In contrast, catalase-negative microorganisms, such as streptococci, are ingested and killed.

In case of headache or premenstrual dysmenorrhoea, Non steroidalantiinflammatory drugs like mefenamic acid 500 mg 3 times a day forduration of symptoms till onset of menstruation. In case of predominantly physical symptoms (bloatedness, irritabilityswelling, weight gain, breast tenderness), (326) Tab. If no relief in symptoms with above measures in 2 3 cycles and symptomsare predominantly emotional, then the following drugs are used preferablyin consultation with a psychiatrist: Tab. Fluoxetine 5-20 mg/day In non-responders to the above therapy, ovulation suppression may bebeneficial; any of the following can be used: th Low dose combined oral contraceptive pills, 1pill daily from 5th to 25 day of the cycle. In: Gynaecology, Robert Shaw, W Patrik Soutter, Stuart L Stanton(eds), 2003, pp 401-414. Clinical Features Disturbances of the menstrual cycle, regular and irregular uterine bleedingand alteration in the amount or duration of the menstrual blood loss. Anovulatory cycles are usual in postmenarche and premenopausal agegroups and are usually irregular, variable in duration and amount of bleeding. Dilatation and Curettage is the quickest way to arrest bleeding except incases of puberty menorrhagia where medical management is preferred. Less severe bleeding (haemodynamically stable patient) High dose Progestogen:Norethisterone 10mg 3 times a day until bleeding stops(not >3 days) followed by Norethisterone 5-10 mg. Withdrawal bleedingoccurs after 2-4 days of stopping the drug and stops in 4-5 days. Treatment schedules of high dose oestrogens, depending on the severity of thebleeding the followingcan be used: 1. Iron therapy: elemental iron maximum 60 mg 3 times a day depending onthe degree of anaemia. Histopathological diagnosis is must before starting hormonal therapy in allcases except puberty menorrhagia. Role of surgery endometrial curettage Acute bleeding in haemodynamicallyunstable patient to quickly control thebleeding. If age is >35 years premenstrual dilatation and curettage for endometrialhistology is a must to rule out endometrial pathology. Definitive therapy If medical therapy is not effective then endometrial ablation or hysterectomy isto be performed. Dysfunctional Uterine Bleeding, In: Clinical Gynecologic Endocrinology and Infertility, LeonSperoff, Robert H Glass, Nathan G Kase (eds), 1994, pp 531 546. Clinical Features Hot flushes, night sweats, palpitations, vaginal dryness, itching, atrophy ofthe breast and skin, urethral syndrome, stress incontinence, mood changes like anxiety, irritability, depression, insomnia and joint pains.