This confirms the idea that girls are more motivated to pursue academic studies and professional trajectories consistent with female gender roles (Eccles, Barber and Jozefowicz, 1999). Do males and females differ in their views about the relevance of taking mathematics and science for their future professional trajectory While female college students are interested in working with and assisting people, their male counterparts opt for making a lot of money as a career goal. Recent research reveals that boys most value professional tasks related to achievement and career advancement. By contrast, girls appreciate more professional activities that do not jeopardize their personal life and that allow them to stay in touch with other people and even to help others (Eagly, 1987, Eagly and Steffen, 1982; Eccles, Frome, Suk Yoon, Freedman-Doan and Jacobs, 2000). Suter (2006), who investigated the motives behind the choice of study in Swiss universities, suggests that young men and women are equally talented and interested in the field of mathematics, but while males make the choice on the basis of career prospects, females are also motivated by social and political commitments. Studies have shown that as children progress through school and begin to consider possible adult careers, the ambitions of boys and girls begin to diverge. Girls tend to show more interest in languages, literature, music, and drama than equally bright boys, who are likelier to focus on physical science and mathematics and history (Eccles, 1994). Furthermore, attitudes towards science and technology are also influenced by gender roles and stereotypical traits. Women tend to show more negative attitudes than men towards technological tools. However, while many studies refer to conflicts between female identity construction and social constructions of science in explaining the perpetuation of this field as a male domain, others demonstrate how technical habits, attitudes and interests, for example of new engineering students, show considerable variety across genders (Wolffram and Winker, 2005). The career trajectory chosen (or to be chosen) in secondary school seems then related to the interest that adolescents show in relation to their future profession (Xie, 2006). Accordingly, it has been shown that girls and boys believe that maths and science are more useful for the future goals of young men (Hyde et al. Further, recent research developed by Li (2007) concludes that more males than females internationally reported that doing well in science was important to getting the desired job. Do women and men have different expectations when it comes to professional trajectories If so, is there a causal connection between personal costs, work-family balance and gendered choices 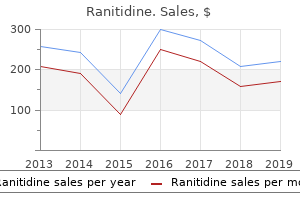 The roads ahead: Narratives for shared socioeconomic pathways describing world futures in the 21st century. Estimating the opportunity costs of reducing carbon dioxide emissions via avoided deforestation, using integrated assessment modelling. Regional Climate Change in Tropical and Northern Africa due to Greenhouse Forcing and Land Use Changes. Simulating stakeholder-driven food and climate scenarios for policy development in Africa, Asia and Latin America A multi-regional synthesis. Rethinking Global Biodiversity Strategies: Exploring structural changes in production and consumption to reduce biodiversity loss. Secretariat of the Intergovernmental Science-Policy Platform for Biodiversity and Ecosystem Services. The economic potential of bioenergy for climate change mitigation with special attention given to implications for the land system. Past and future trends in nutrients export by rivers to the coastal waters of China. Economic-based projections of future land use in the conterminous United States under alternative policy scenarios. Using Land To Mitigate Climate Change: Hitting the Target, Recognizing the Trade-offs. Anthropogenic soil degradation affects seed viability in Polylepis australis mountain forests of central Argentina. The Restoration of Degraded Mountain Woodlands: Effects of Seed Provenance and Microsite Characteristics on Polylepis australis Seedling Survival and Growth in Central Argentina. Forest landscape restoration is more than planting trees three case studies from the United States. The Shared Socioeconomic Pathways and their energy, land use, and greenhouse gas emissions implications: An overview. A Case for Rethinking Policy and Research Directions for the Rehabilitation of Riparian Lands in Australia. Sustainable intensification of agriculture for human prosperity and global sustainability. United Nations Department of Economic and Social Affairs, Division for Sustainable Development. Production and characterization of slow pyrolysis biochar: influence of feedstock type and pyrolysis conditions. Preferential erosion of black carbon on steep slopes with slash and burn agriculture. 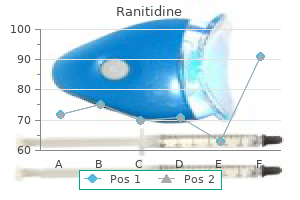 Mercury methylation in Sphagnum moss mats and its association with sulfate-reducing bacteria in an acidic Adirondack forest lake wetland. Ecosystem-based coastal zone management: A comprehensive assessment of coastal ecosystems in the Yangtze Estuary coastal zone. Effect of burning temperature on water repellency and aggregate stability in forest soils under laboratory conditions. Drought-Induced Reduction in Global Terrestrial Net Primary Production from 2000 Through 2009. Potts (United States of America) Lead Authors Sandra Veronica Acebey Quiroga (Bolivia), Sebastian Arnhold (Germany), Simone Athayde (Brazil), Peter Elias (Nigeria), Maria Siobhan Fennessy (United States of America), Timothy G. Holland (Canada), Eliska Krkoska Lorencova (Czech Republic), Andrew Lowe (Australia), Chuluun Togtokh (Mongolia) Contributing Authors Colin J. Chapter 5: Land degradation and restoration associated with changes in ecosystem services and functions, and human well-being and good quality of life. Acknowledgement Sebastian Arnhold tragically passed away before he could see the final fruits of his work. Landscape transformation often leads to increased wealth by some individuals but loss of subsistence activities and decreased quality of life by others {5. In these cases, land degradation can exacerbate inequalities between haves and have-nots in both income and in resource access (established but incomplete) {5. In some cases, increasing inequity may increase the risk of conflict (unresolved) {5. Rather than declining uniformly with landscape change, ecosystem services may be lost or added and while the amount most often decreases, some may increase (well established) {5. Alternatively, an increase in cash incomes from harvested wood products may be accompanied by an increase in the disease burden from vector-borne pathogens {5. Technology and markets can lead to different degrees of substitution for ecosystem services on local or regional scales. Social safety nets and migration for labour opportunities can mitigate the impact of a reduction in ecosystem services {5. Food security of poor and vulnerable social groups is threatened by land degradation (well established). The conversion of natural ecosystems into agricultural land has generally increased food production, suggesting positive links between degradation and food security (5. However, the benefits of increased agricultural production are not evenly distributed, while at the same time, access to, and knowledge of, wild food sources has decreased with the same clearing of natural ecosystems {5. Since indigenous peoples, local communities and poorer rural populations are more dependent on wild-harvested goods, they are likely to be the ones whose food security is most threatened by land degradation {5. Connections between food security, land degradation and the rights and well-being of indigenous peoples and local communities, need to be addressed in the local or place-based contexts where these connections are operating. 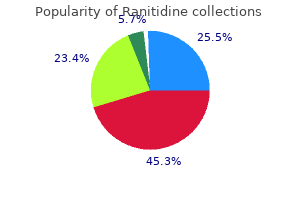 Antioxidants render protection against arteriosclerosis, reduce peripheral 7 insulin resistance and beneficial for pancreatic beta cells. Alcohol containing beverages for example red wine is known to contain various anti-oxidants which might improve the overall mortality by reducing inflammation. Another underlying mechanism could be by beneficial effects on lipid profile with decreased low density lipoprotein, increased high density lipoprotein or reduced oxidized low density lipoprotein (52). However, since the majority of our population used statins, it is difficult to assess an independent effect of alcohol on lipid profile, and therefore, this should be subject of future research. Nicotine is shown to be beneficial in diseases with inflammatory components like inflammatory bowel disease, multiple sclerosis and rheumatic arthritis. It is, however, questionable whether these 146 General Discussion and Future Perspective effects are sustained on the longer-term and it is unclear whether this translates into effects on renal morphology and modification of processes of renal damage. To assess the effects of long term nicotine administration on the progression of renal disease, therefore, in chapter 5 we evaluated the effects of long term oral nicotine in a rat model of kidney disease. Remarkably, nicotine treatment reduced glomerulosclerosis, tubulo-interstitial inflammation and fibrosis. This might be clinically relevant, as, first, nicotine is frequently used in quit-smoking programs, and second it could be considered as an adjunct renoprotective intervention. However, before nicotine could be considered as an additional renoprotective measure in clinical practice, many hurdles have to be overcome. Furthermore, caution should be taken in prescribing nicotine due to its potential cardiovascular side-effects. Further research is therefore necessary to assess whether nicotine without concomitant exposure to other constituents normally present in cigarette smoke is harmful from a cardiovascular perspective (60, 61). However, it is tempting to speculate that other specific 7nAchR agonists, devoid of addictive effects, could be of therapeutic use. It might be possible that nicotine reduced trans-glomerular pressure and thereby reduced the glomerular damage. It might be that nicotine directly reduces activation of monocytes and endothelial cells, but reduced intrarenal inflammation could also be secondary to the reduction in proteinuria. Future research therefore is needed to elucidate the mechanisms of reno-protective effects of nicotine.