The menopause, urinary incontinence and other symptoms of the genito-urinary tract. Oestradiol-releasing vaginal ring versus oestriol vaginal pessaries in the treatment of bothersome lower urinary tract symptoms. Relation between nocturnal voiding frequency and nocturnal urine production in older men:a population-based study. The relationship between nocturnal polyuria and the distribution of body fluid: assessment by bioelectric impedance analysis. Nocturia in relation to body mass index, smoking and some other life-style factors in women. Birth weight, abdominal obesity and the risk of lower urinary tract symptoms in a population based study of Swedish men. Nocturia and associated morbidity in a Danish population of men and women aged 60–80 years. Associations between diabetes and clinical markers of benign prostatic hyperplasia among community-dwelling Black and White men. Overactive bladder: a better understanding of pathophysiology, diagnosis and management. Detrusor overactivity persisting at night and preceding nocturia in patients with overactive bladder syndrome: a nocturnal cystometrogram and polysomnogram study. The fear of prostate cancer in men with lower urinary tract symptoms: should symptomatic men be screened? Adverse effect of radical prostatectomy on nocturia and voiding frequency symptoms. Moderate alcohol use and reduced mortality risk: systematic error in prospective studies and new hypotheses. Cardiovascular risk factors and confounders among nondrinking and moderate-drinking U. Normal values and determinants of circadian urine production in older men: a population based study. Association of cigarette smoking, alcohol consumption and physical activity with lower urinary tract symptoms in older American men: findings from the third National Health And Nutrition Examination Survey. The American Urological Association symptom index for benign prostatic hyperplasia. Urinary diaries: evidence for the development and validation of diary content, format, and duration. A systematic review of the reliability of frequency-volume charts in urological research and its implications for the optimum chart duration. Frequency-volume chart: the minimum number of days required to obtain reliable results. Symptom assessment tool for overactive bladder syndrome–overactive bladder symptom score. B-type natriuretic peptide as an independent correlate of nocturnal voiding in Japanese women. 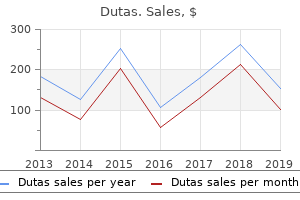 The Commonwealth does not guarantee the accuracy, currency or completeness of the information in this report. The Commonwealth does not accept any liability for any injury, loss or damage incurred by use of or reliance the information. Immediately after treatment, the intravenous magnetic resonance contrast agent gadolinium was injected and used to assess the efficacy of tissue devascularisation. From a safety perspective, the incidence of adverse events was low and a learning curve effect was noted. By 6- and 12-months after treatment, this rate of response was no longer significantly different between the two groups. Although no serious adverse events were reported in this study, 13 per cent of patients in the original protocol group reported minor adverse events. The most serious adverse events were reported by one patient who complained of paraesthesia at the site of the intravenous cannula, which resolved within six weeks; and another patient reported mild sonication-related leg pain that resolved within two days. All other adverse events were insignificant, the most common being pain or discomfort related either to position within the magnet or uterine discomfort due to sonication. Fewer minor adverse events were reported in the modified protocol group than in the original protocol group (47% vs. Fibroids were classified into three types according to the signal intensity on magnetic resonance imaging (low, intermediate and high intensity). Follow-up was almost complete at three months (n=61), however follow-up at 12 months was poor with only 19 patients completing the symptom improvement follow-up. Of those patients follow-up at three months, 11 (18%) reported no change in symptoms, compared to five who were symptom free (8. The probabilistic simulations demonstrated the range of outcomes that might be expected in practice, given the underlying uncertainty in available data. Therefore, the authors emphasised that the results should be treated with caution recognising the availability and quality of the underlying data. ExAblate would be made available through specialist hospitals with interventional radiology facilities for pre- or peri-menopausal women with symptomatic uterine fibroids who desire a uterine sparing procedure. Although the majority of fibroids are asymptomatic, approximately 25 per cent are associated with severe symptoms including pelvic pain, menorrhagia, dysmenorrhagia, dyspareunia, pelvic fullness, urinary frequency and infertility (Fennessy & Tempany 2005; Hesley et al 2006). The patient lies in a prone position on the table which houses the focussed ultrasound phased array transducer and its positioning system, held in a cooling water bath (Figure 1a). As ultrasound interacts with gases, patient preparation prior to the procedure is important. All hair needs to be removed from the pelvic area to prevent the formation of gas bubbles which may cause burns. In addition, any skin lotions must be removed with alcohol as these may reduce the acoustic coupling (Hynynen & MacDannold 2004). 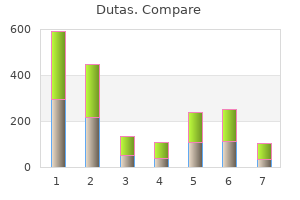 Treat with pulse fluconazole 200mg weekly x 3-9 months – Cost for terbinafine and fluconazole is low – Cost of efinaconazole is high (cure rates 15%). Significant liver injury is uncommon and most resolve with discontinuation of the drug. Need to reconsider need for extensive lab testing for derm drugs like pulse anti fungal therapy, isotretinoin, spironolactone and others Department of Dermatology Presentation of case. Randomized trial of calcipotriol combined with 5- fluorouracil for skin cancer precursor immunotherapy. The expanded board will ensure that we are able to review manuscripts in a timely and efficient way. We are confident that this will serve to improve the quality of our journal and also make the journal more uniform and consistent in format and content. As always, we would like to increase the number of members that sit on our editorial board. Beginning with the next issue, all editorial-board members will have their photos in the front of the journal. If any reader has questions or issues with any of the manuscript that appears in this issue, they should contact the author and/or their program chairman directly. The sap of this plant consists of calcium oxalate crystals, acrid oils, saponins, and other compounds. Previous case reports have demonstrated a contact reaction to this plant sap with both skin and systemic symptoms. A vesiculopapular and purpuric variant has been described with and without systemic manifestations. Clinical purpuric lesions were also shown to have a leukocytoclastic vasculitis upon histologic exam. This case report provides clinical demonstration of a purpuric variant with concomitant systemic symp- toms soon after exposure to the sap of this plant. Key words: agave americana; century plant; vasculitis; contact dermatitis; irritant contact dermatitis; systemic symptoms Case Report Discussion another purpuric variant with systemic symptoms, it has been speculated that A 63-year-old male presented with Agave Americana, also known as the the oxalic acid crystals lead to localized and systemic vascular damage. He also member of the Agaveceae family that forms to have a contact dermatitis provoked by Agave americana. It gets the name Century this case represents another appetite, myalgia, eyelid swelling, and an plant from its infrequent, exuberant vesiculopapular vasculitic variant with overall feeling of malaise. As in the afterward, the patient went into his pool once every 100 years, but in reality the purpuric variants described, a chainsaw and then took a shower with soap in an plant flowers after 25 years and then dies. 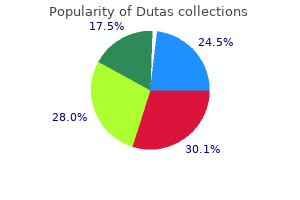 For each of these regions, he ﬁts a successful correlation of this form to existing data. The reason is that, especially at low quality, liquid will tend to ﬂow along the bottom of the pipe and vapor along the top. Many methods have been suggested to predict what ﬂow patterns will result for a given set of conditions in the pipe. This graph gives the approximate ﬂow regime as a function of the liquid and vapor ﬂow rates in the tube. The precision of such a representation is not high, since transitions themselves are not sharply deﬁned. The coordinates, which involve other variables as well as the ﬂow rates, are in mixed English and metric units. By translating this dashed curve so that it overlays one point of known quality on Fig. It is therefore most accurate when applied to air–water ﬂows in small horizontal tubes. Dukler, Taitel, and many co-workers have de- veloped more comprehensive and accurate methods for predicting two- phase ﬂow regimes. If the direction of forced ﬂow is downward, it will drag the condensate ﬁlm along, thinning it out and enhancing heat transfer. Notice that if τδ is negative—if the shear opposes the direction of gravity—then it will have the effect of thickening δ and reducing heat transfer. One explicit result has been obtained 470 Heat transfer in boiling and other phase-change conﬁgurations §9. D f ∞ f Notice, too, that under appropriate ﬂow conditions (large values of u∞, for example), gravity becomes unimportant and 5 NuD → 0. They are hard to see through, and one must keep the wind- shield wiper moving constantly to achieve any kind of visibility. A glass windshield is normally quite clean and is free of any natural oxides, so the water forms a contact angle on it and any ﬁlm will be unstable. The water tends to pull into droplets, which intersect the surface at the con- tact angle. Visibility can be improved by mixing a surfactant chemical into the window-washing water to reduce surface tension. It can also be improved by preparing the surface with a wetting agent to reduce the contact angle.