Patient compliance with should be aimed at meeting patients? nutrition requirements cholestyramine often is problematic because of complaints of unpleasant taste and dyspepsia. In addition, antidepressant drugs may Malnutrition can lead to decreased bone mineral density be indicated. Supplementation may be inadequately absorbed in patients with severe with calcium and vitamin D may be indicated. Patients should be cautioned against the unproven Fish Oil claims of nutritional products that are not Food and Drug Eicosapentaenoic acid derives from fish oil, contains n-3 Administration-regulated. Many patients search the Internet, fatty acids, and inhibits leukotriene activity. Fish oil fatty acid supplementation in active ulcerative colitis: a double-blind, placebo-controlled, crossover study. Foods to Avoid for a Low-residue Patients should be advised to avoid foods that they associate or Low-fiber Diet with exacerbating symptoms; however, patients should Whole grain flour maintain a well-balanced diet. Because diarrhea may be Cracked wheat precipitated by bulky fiber, patients may be advised to Bran adhere to a low-residue diet, which provides a low amount Oatmeal of indigestible foods and ultimately decreases the fecal Raw or dried fruits output after digestion. Table 1-6 lists some foods that Raw or dried vegetables patients should avoid if they are placed on a low-residue or Seeds Nuts low-fiber diet. In addition, patients may benefit from Coconut avoiding spicy foods, high-fat foods, caffeine, carbonated Berries beverages, and alcohol. Fermentable fiber, which is more Popcorn soluble, may be helpful in maintaining remission because of Pickles the lack of bulk produced. Multivitamin use should be considered, especially when dietary restrictions are present. Long-term metronidazole use malnourished or who are likely to be unable to eat for 7?10 is mutagenic in bacteria and carcinogenic in rodents. Insufficient nutrition may be indicated in patients with severe data exist for use of infliximab in pregnancy. Antidiarrheal malnutrition awaiting surgery or as a beneficial adjunctive drugs such as loperamide or diphenoxylate with atropine therapy in patients with severe fistulizing disease. Exposure to diphenoxylate with atropine nutrition is preferred over parenteral nutrition and may be during the first trimester has the potential for causing fetal beneficial in patients who have experienced weight loss or malformation. Elemental enteral formulas are absorbed in corticosteroids, azathioprine, or mercaptopurine in more the proximal gastrointestinal tract and may provide a means severe cases may outweigh the risks and should be for better nutrient absorption and less output than other formulas in some patients with diarrhea or fistulae. These formulas are supplemented with probiotics but are Pediatric and Adolescent Patients expensive.

I worried that my roundabout course might weigh against me, since one of the criteria for grants was whether the investigator had been trained for that particular field. Becker, could you please come to a special research committee meeting in one hour? In place of the long, polished table there was a semicircle of about a dozen chairs, each oc cupied by one of the luminaries from the hospital and medical school. I recognized the chairmen of the departments of biochemistry and phys iology along with the hospital director and chief of research. The spokesman came right to the point: "We have a very grave basic concern over your proposal. This notion that electricity has anything to do with living things was totally discredited some time ago. I will not stand idly by and see this medical school associated with such a charlatanistic, unscientific project. I had the momentary thrill of imagining myself as Galileo or Gior dano Bruno; I thought of walking to the window to see if the stake and fagots were set up on the lawn. Instead I delivered a terse speech to the effect that I still thought my hypothesis was stoutly supported by some very good research and that I was sorry if it flew in the face of dogma. Using a standard technique, Yntema had operated on very young sala mander embryos, cutting out all of the tissues that would have given the Sign of the Miracle 71 rise to the nervous system. The intact embryos furnished the grafts with blood and nourishment, and the procedure resulted in a little "parabiotic" twin, normal except for having no nerves, stuck on the back of each host animal. Yntema then cut off one leg from each of these twins, and some of them regenerated. The Reversals First I found a good supplier of salamanders and frogs, a Tennessee game warden who ran this business in his spare time. One was the "hot" or measuring electrode, which determined the polarity, positive or nega tive, with regard to a stationary reference electrode. A negative polarity meant there were more electrons where the measuring electrode was placed, while a positive polarity meant there were more at the reference site. A steady preponderance of negative charge at a particular location could mean there was a current flowing toward that spot, continually replenishing the accumulation of electrons. The placement of the refer ence electrode, therefore, was critical, lest I get the voltage right but the polarity, and hence the direction of the current, wrong. Since I postulated that the nerves were somehow related to the current, the cell bodies that sent their nerve fibers into the limb seemed like a good reference point. 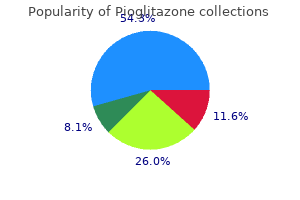 Dose-response of physical activity and low back pain, osteoarthritis, and osteoporosis. Television viewing time is associated with overweight/obesity among older adults, independent of meeting physical activity and health guidelines. Television viewing and risk of type 2 diabetes, cardiovascular disease, and all-cause mortality: a meta-analysis. Low-intensity endurance exercise training, plasma lipoproteins and the risk of coronary heart disease. Minimum amount of physical activity for reduced mortality and extended life expectancy: a prospective cohort study. Superior cardiovascular effect of aerobic interval training versus moderate continuous training in heart failure patients: a randomized study. Receiver operating characteristics curve analysis in healthy men aged 70 and over. Exercise training and nutritional supplementation for physical frailty in very elderly people. Association between muscular strength and mortality in men: prospective cohort study. Resistance exercise in individuals with and without cardiovascular disease: 2007 update: a scientifc statement from the American Heart Association Council on Clinical Cardiology and Council on Nutrition, Physical Activity, and Metabolism. A recommendation from centers for disease control and prevention and the American College of Sports Medicine. Effect of starting age of physical activity on bone mass in the dominant arm of tennis and squash players. Low cardiorespiratory ftness is a strong predictor for clustering of cardiovascular disease risk factors in children independent of country, age and sex. Effect of school-based interventions on physical activity and ftness in children and adolescents: a review of reviews and systematic update. Physical activity and mental health in children and adolescents: a review of reviews. Predictors of fve-year functional ability in a longitudinal survey of men and women aged 75 to 80. The effects of endurance training on functional capacity in the elderly: a meta analysis. Endurance training does not enhance total energy expenditure in healthy elderly persons. 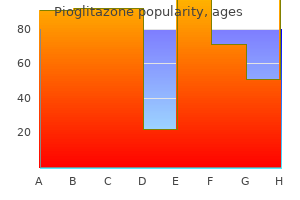