Medical Instructor, University of Hawaii at Manoa John A. Burns School of Medicine

In a group of 2088 sports champions, Mars dominates, being recorded 452 times rising or culminating instead of the expected 358. The probability that this effect could have happened by chance was only one in five million. Furthermore, this finding was repeated independently of Gauquelin by a Belgian committee of scientists studying para-conceptual phenomena. No correlations were found for individuals who did not achieve notable success in their professions. Furthermore, the correlations do not seem to apply for individuals whose birth was artificially induced at a certain time in order to conform with the schedule requirements of the attending physician. Only if the birth was allowed to occur at its own speed were the astrological correlates significant. For example, in a 1986 study, the German researcher, Suitbert Ertel, reported: A reanalysis of Gauquelin professional data using alternative procedures of statistical treatment supports previous Gauquelin results. Frequency deviations from chance expectancy along the scale of planetary sectors differ markedly between professions. Gauquilin himself is very clear that his findings may be interpreted as completely disproving the claims of conventional astrology. It is hard to think that his findings have much relevance to the work of any given astrological interpreter of charts. Even the most significant correlations applied to less than one-fifth of the population in his sample. It is a big jump from a few weak, albeit significant, correlations to the interpretations of thousands of factors on an individual chart. Astrologers have never been able to explain this process to my satisfaction and they often are in marked disagreement with each other. The strongest key to astrology seems to be meanings implicit in the mythological symbolism of the astronomical names. This is particularly evident when we think of soldiers being influenced by Mars and Jupiter. Carl Gustgav Jung In an analysis of 483 pairs of charts from married couples chosen at random, Jung found a preponderance of aspects that would signify such a relationship. Most notably the moon of the woman was found to be in conjunction with either the sun, the moon, or the ascendant of her husband. A control group of over 32,000 unmarried pairs of charts did not show these aspects. Statistical analysis indicated the results obtained could have happened by chance only one time in ten thousand. 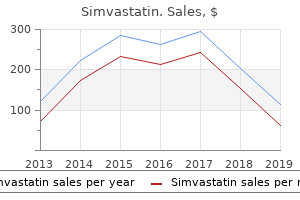 The process of relying strictly upon personal experience often leads to certain violations of the protections against error that science affords. In order to predict and control their environment, people generate hypotheses about what events go together and then gather evidence to test these hypotheses. If the evidence seems to support the current belief, the working hypothesis is retained; otherwise it is rejected. The procedures and measurements can be explicitly recorded and the strength of the evidence for different hypotheses can be objectively tallied. These realms are our only guidance in many areas of life, but they can never be decisive when pitted against objective quantitative evidence. Informal examination of theories developed through personal experience or exposure to tradition is subject to flaws both in the gathering and in the analysis of the data. We cannot be "blind" to our theories when collecting the data, and we always know whether each data point collected supports or weakens the evidence for a theory. Without careful consideration for research design, people inevitably tend to collect samples of data biased in favor of the theories they wish to confirm. Intuitive self-knowledge of the type required for a wide variety of higher mental functions requires a healthy respect for the our natural human biases of attention and memory. Only if we are aware of these biased processes as they occur, can we begin to know when to trust our intuitive judgments. While scientists and scientific methods are susceptible to errors of judgment, good research is designed to minimize the impact of these problems. Formal research methods are not the only or necessarily best way to learn about the true state of nature. But good research is the only way to ensure that real phenomena will drive out illusions. The story of the "discovery" of N-rays in France in 1903 reveals how physics, the "hardest" of the sciences, could be led astray by subjective evaluation. This "new" form of X-rays supposedly could be detected by the human eye in a nearly darkened room. Blondlot, the French Academy of Science had published nearly 100 papers on the subject. When Wood published his findings, it became clear that the French scientists had believed so strongly in N-rays that they had virtually hallucinated their existence. An essential aspect of scientific research that is usually neglected when we rely on personal experience is the need for experimental control. Control is used in an experiment to ensure that the only thing that differs between the "present" and "absent" conditions is the particular variable of relevance to our hypothesis. The need for such control is well-illustrated in the problems of medical experimentation. 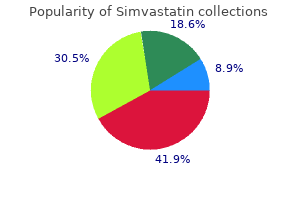 At that moment, one realizes their connection with that teacher: According to the Sufi tradition, the moment the teacher looks at you for the first time, you are born again. She seemed to alternate between moments of great peace and moments of the most profound inner torture: I remember at the end I was suicidal. I decided to throw myself from the bridge, at Kampur, the city where my teacher lived. This particular teacher seemed to be acting in an irrational manner, apparently to help his student "stop her mind," to get her outside of her conditioned intellect. The purpose of the teaching is not so much to instruct people about it, because there are many books, but to lead people to it. Robert Frager (courtesy Thinking Allowed Productions) He is the coauthor of Personality and Personal Growth. A fifth-degree black belt of Aikido, he was a student of Osensei, the original founder of Aikido. Two of my colleagues had invited a Sufi group to come talk at the school for a few days; and a heavy-set Turkish man walked by my office and looked at me. Time stopped for me, and I had this impression that all the data of my life was being read into a high-speed computer - that he somehow knew everything that led up to my being in that office with my feet on the desk. It felt as though there was no one else in the room, that he was literally telling the stories just to me, and that they were all designed for me. And then after the stories were over I glanced around and I said, "My goodness, there are other people here too. Frager if a cynic might not say at this point that even a sophisticated professor like himself could become hypnotized. He responded that it was more like falling in love, in a Platonic sense, with the teacher. The guru is said to communicate higher states of consciousness through his or her very presence or being. Certain gurus, with thousands of western devotees, currently encourage their disciples to practice this method. They include Gurumayi Chidvilasananda and Da Love-Ananda, both of whom claim to have received confirmation of their spiritual attainment from Swami Muktinanda. Joseph Chilton Pearce, reknowned author of Crack in the Cosmic Egg and Magical Child, is a devotee of Gurumayi Chidvilasananda (courtesy Thinking Allowed Productions) 144 Space does not permit extensive comments on this modern manifestation of an ancient tradition. It is worth noting, however, that press scrutiny of virtually all contemporary claimants to various degrees of divine or holy stature strongly suggest, if one is willing to make conventional judgments, that such guru figures have failed to maintain an unwavering state of higher consciousness.

It might be obvious that lymph node biopsy is required, for example, lymph nodes over 2 cm in diameter or hard, or in older patients, or if there is doubt delayed for a few weeks. Early biopsy should occur if malignancy is suggested, for example, firm or hard, non-tender cervical lymph nodes, supraclavicular lymphadenopathy or firm 4 lymphadenopathy. However, an inconclusive or negative report may not exclude 14 lymphoma, therefore excisional lymph node biopsy may be the next step. In some circumstances clinicians may feel that immediate excisional lymph node biopsy should be undertaken as the initial biopsy to expedite the diagnostic process. In some centres, needle core biopsy has been used in the diagnosis of peripheral lymphadenopathy but this is not generally recommended except for recurrent disease or staging. Where a lymphoma is suspected, referral to a specialised clinic may be more appropriate than referral to a general surgeon for biopsy. A full blood count prior to biopsy may exclude patients who have, for instance, B-cell chronic lymphocytic leukaemia or other haematological conditions. Cell marker studies should be carried out prior to biopsy if there is a significant lymphocytosis. Similarly, female patients with axillary lymph nodes should have careful breast examination. A chest x-ray prior to biopsy will alert clinicians to the presence or absence of more extensive disease. In some centres, ultrasound is used to assist in the differential diagnosis of benign and malignant 19 lymphadenopathy, however this still appears to be an investigational approach. As well, some surgeons use intraoperative ultrasound to select the most appropriate node for excisional biopsy. In some circumstances, bone marrow biopsy prior to the procedure may be appropriate. The rare instances of lymphoma involving lung parenchyma (isolated) may require open thoracotomy and lung biopsy. In differential diagnosis, if the patient has associated lymphadenopathy, a lymphoma (or leukaemia, etc. Investigation may be more specifically directed after a full blood count and assessment of any apparent underlying systemic illness. Rarely, splenectomy will be performed for diagnostic purposes where no other site of disease is detected. By contrast, in younger individuals, diabetes, hypothyroidism, psychiatric disturbance, infection and/or lymphoma need to be considered. Patients with fever and night sweats may have either malignancy or chronic infection. Objective confirmation that weight loss has occurred is important, with a focus on signs or symptoms that are associated with systemic disease that may cause weight loss. Apart from general routine physical examination, a search for lymphadenopathy and/or splenomegaly should be made. 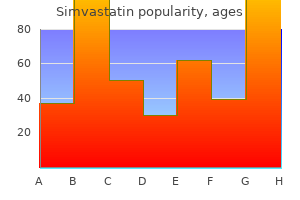