B gladioli also has been isolated from sputum from people with cystic fbrosis and may be mistaken for B cepacia. In areas with highly endemic infection, B pseudomallei is acquired early in life, with the highest seroconversion rates between 6 and 42 months of age. Disease can be acquired by direct inhalation of aerosolized organisms or dust particles containing organisms, by percutaneous or wound inoculation with contaminated soil or water, or by ingestion of contaminated soil or water. Risk factors for disease include frequent contact with soil and water as well as underlying chronic disease, such as diabetes mellitus and renal insuffciency, with most people presenting with melioidosis in areas with endemic disease. The incubation period is 1 to 21 days, with a median of 9 days, but can be pro longed (years) for melioidosis. In cystic fbrosis lung infection, culture of sputum on selective agar is rec ommended to decrease the potential for overgrowth by mucoid Pseudomonas aeruginosa. B cepacia and B gladioli can be identifed by polymerase chain reaction assay, but this assay is not available routinely. Defnitive diagnosis of melioidosis is made by isolation of B pseudomallei from blood or other infected sites. The likelihood of successfully isolating the organism is increased by culture of sputum, throat, rectum, and ulcer or skin lesion specimens. A positive result by the indirect hemagglutination assay for a traveler who has returned from an area with endemic infection may support the diagnosis of meli oidosis, but defnitive diagnosis still requires isolation of B pseudomallei from an infected site. Other rapid assays are being developed for diagnosis of melioidosis, but none are available commercially. Most experts recommend combinations of antimicrobial agents that provide synergistic activity against B cepacia complex. The majority of B cepacia complex isolates are resistant intrinsically to aminoglycosides and polymyxin B. The drugs of choice for initial treatment of melioidosis include ceftazidime and meropenem or imipenem for a minimum of 10 to 14 days. After acute therapy is com pleted, eradication therapy with trimethoprimsulfamethoxazole and doxycycline for 12 to 24 weeks is recommended to reduce recurrence. For example, patients with cystic fbrosis who are infected with B cepacia complex are cared for in single rooms and have unique clinic hours. Education of patients and families about hand hygiene and appropriate personal hygiene is recommended. Prevention of infection with B pseudomallei in areas with endemic disease can be diffcult, because contact with contaminated water and soil is common. People with diabetes mellitus, renal insuffciency, or skin lesions should avoid contact with soil and standing water in these areas. Wearing boots and gloves during agricultural work in areas with endemic disease is recommended. 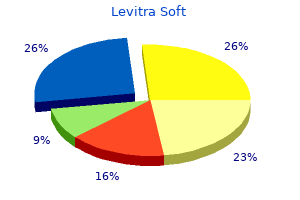 It is important that the higherdosage forms of the latter preparation be used only by patients who are tolerant to opioids. Thus, codeine is a much less potent analgesic than morphine, but it has a higher oral effectiveness. At commonly used doses, the drug has a lower potential for abuse than morphine, and it rarely produces dependence. Propoxyphene is a weaker analgesic than codeine, requiring approximately twice the dose to achieve an effect equivalent to that of codeine. Propoxyphene is often used in combination with acetaminophen for an analgesia greater than that obtained with either drug alone. It is well absorbed orally, with peak plasma levels occurring in 1 hour, and it is metabolized in the liver. In toxic doses, it can cause respiratory depression, convulsions, hallucinations, and confusion. Respiratory depression and sedation can be antagonized by naloxone, but the cardiotoxicity cannot. Mixed AgonistAntagonists and Partial Agonists Drugs that stimulate one receptor but block another are termed mixed agonistantagonists. In individuals who have not recently received opioids (naAfive patients), mixed agonistantagonists show agonist activity and are used to relieve pain. Pentazocine promotes analgesia by activating receptors in the spinal cord, and it is used to relieve moderate pain. In higher doses, the drug causes respiratory depression and decreases the activity of the gastrointestinal tract. High doses increase blood pressure and can cause hallucinations, nightmares, dysphoria, tachycardia, and dizziness. In angina, pentazocine increases the mean aortic pressure and pulmonary arterial pressure and, thus, increases the work of the heart. Despite its antagonist action, pentazocine does not antagonize the respiratory depression of morphine, but it can precipitate a withdrawal syndrome in a morphine abuser. It acts like morphine in naAfive patients, but it can also precipitate withdrawal in morphine users. A major use is in opiate detoxification, because it has a less severe and shorter duration of withdrawal symptoms compared to methadone ure 14. It causes little sedation, respiratory depression, and hypotension, even at high doses. In contrast to methadone, which is available only at specialized clinics, buprenorphine is approved for officebased detoxification or maintenance. 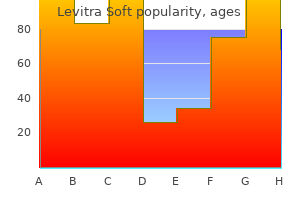 The use of nonstandardised the following is compiled from several sources, including General anthraquinonecontaining preparations should be avoided, References G2, G6, G59 and G62. Frangulosides as major components combinations of anthraquinone laxatives should be avoided. Food Use Part(s) Used Frangula is listed by the Council of Europe as a natural source of Bark food flavouring (category N4). The monograph includes indications for (1) shortterm use of frangula in cases of occasional constipation. Dosage Dosages for oral administration (adults) for traditional uses recommended in standard herbal reference texts are given below. Intake of anthranoid containing laxatives exceeding shortterm use may result in an aggravation of constipation. Hypokalaemia can result in cardiac and neuromuscular dysfunction, especially if cardiac glycosides, diuretics or corticos teroids are taken. In chronic constipation, stimulant laxatives are not an acceptable alternative to a changed diet. Pharmacological Actions Pregnancy and lactation the use of stimulant laxatives, particularly unstandardised preparations, is not generally recom the pharmacological activity of frangula can be attributed to the mended during pregnancy (see Senna). However, experimental data (1) concerning a genotoxic risk of several anthranoids. There are no studies on single dose toxicity, on repeated dose toxicity, on and physcion, and frangula extract are not counterbalanced by sufficient studies to eliminate a possible risk. Excretion of the active principles of frangula in gene mutation assay with mammalian cells. However, small amounts laxative principle of frangula, signs of a genotoxic potential were of active metabolites. Other anthraquinone constituents also gave positive results breastfed babies has not been reported. Preparations Contraindications, Warnings Proprietary singleingredient preparations See Senna for contraindications and warnings associated with anthraquinones. Czech Republic: Abfuhr Precautions As with all laxatives, frangula bark should not be Heilkrautertee; Cholagol; Reduktan; the Salvat. Denmark: given when any undiagnosed acute or persistent abdominal Ferroplexfrangula. If laxatives are needed every day, the cause Rex; Mediflor Tisane Antirhumatismale No 2; Mediflor of the constipation should be investigated. 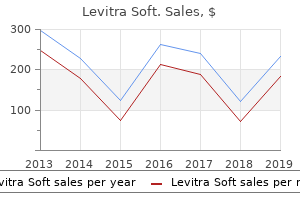