Hand washing is particularly important in the prevention of water-washed fecal-oral diseases. Other water-washed diseases of significance are trachoma and various skin diseases. They are best prevented by ensuring an adequate quantity of safe water for personal hygiene. Water used for washing or personal hygiene can be of lower quality but should be available in greater quantities. The most serious threat to the safety of a water supply is contamination by human or animal feces. Protecting a water source from pollution is better than providing treatment for pathogen removal. Once contaminated, it may be difficult to adequately purify water under emergency conditions. Where drinking water is scarce, brackish water, or even salt water, may be used for domestic hygiene. New water supplies should be tested for microbiological contamination before use to determine the safety of the water. Existing supplies should be tested periodically, and immediately after an outbreak of any waterborne disease. The source of the water, protection of the water point, location of the source in relation to defecation areas, and protection of the water during transport and storage must be considered. A thorough sanitary inspection will often make it possible to determine that the water is polluted or likely to be polluted, and may make more complex bacterio logical analyses unnecessary. The most widely used microbiological tests detect fecal coliform bacteria, which are key indicators of fecal contamination. Tests for fecal coliforms can be performed in the laboratory or with portable field kits. The presence of fecal coliform bacteria indicates that the water has been contaminated by feces of humans or other warm-blooded animals. Some fecal coliform tests merely indicate the presence or absence of fecal coliform organisms. Other tests provide an indication of the concentration of fecal coliforms, expressed as the number of fecal coliforms per 100 mL of water. Testing for fecal streptococci is less frequently used as an indicator of fecal contamination. Sphere Guidelines, which provide minimum standards in disaster response, recommend that raw water supplies contain 10 or fewer fecal coliforms per 100 mL. Careful consideration, however, must be given before deciding to use water sources that have not been disinfected. 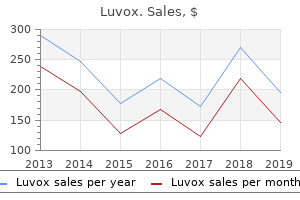 Epidemiology Occurrence-The trypanosomes that cause sleeping sickness are found only in Africa. Gambiense trypanosomes are primarily a problem in rural population; tourists rarely become infected. B rhodesiense in savanna and woodland areas of Central and East Africa are Trypotolerant antelope species. In Ethiopia, the distribution of Trypanosomiasis is mostly found in Jinca, Afar, Setitu Humera, Konso, Moyale, Woito, and Dilla. Mode of transmission by the bite of infective Glossina Tsetse fly during blood meal. Direct mechanical transmission is possible by blood on the proboscis of Glossina and other man-biting insects, such as houseflies or in laboratory accidents Incubation period T. Period of communicability the disease is transmitted as long as the parasite is present in the blood of infected person or animal and infected Tsetse fly. Susceptibility and resistance All persons are equally susceptible for the disease. Winter bottoms sign (classic), painless enlargement of lymph node 183 Communicable Disease Control 6. Reducing tsetse fly number by Identifying and studying the breeding habits of local vector 185 Communicable Disease Control Selectively clearing the bush and wooden areas especially around game reservoirs, water holes, bridges and along rivers bank Using and maintaining insecticide impregnated tsetse fly traps. Spraying vehicles with insecticide as they enter and leave tsetse fly infested areas 8. While these terms would include illnesses caused by chemical contaminants (heavy metals and organic compounds), this chapter will cover illnesses caused by toxins elaborated by bacterial growth in the food before consumption (staphylococcus aureus and botulism) and a food-borne infection (salmonellosis). Infectious agent (Toxic agent) Several enterotoxins of staphylococcus aureus, stable at boiling temperature. Epidemiology Occurrence Widespread and relatively frequent Reservoir Humans in most instances; occasionally cows with infected udders. Foods involved are particularly those that come in contact with food handlers hands, either without subsequent cooking or with inadequate heating or refrigeration. When these foods remain at room temperature for several hours before being eaten, toxin-producing staphylococci multiply and elaborate the heat stable toxin. The organisms may be of human origin, from purulent discharges of an infected finger or eye, abscesses, nasopharynyeal secretions. Period of communicability not applicable Susceptibility and resistance Most people are susceptible. Clinical Manifestation Sudden onset of vomiting and watery diarrhea Fever and abdominal cramp the intensity of illness may require hospitalization. Diagnosis Group of cases with characteristic acute predominantly upper gastrointestinal symptoms and the short interval 190 Communicable Disease Control between eating a common food item and the onset of symptoms. 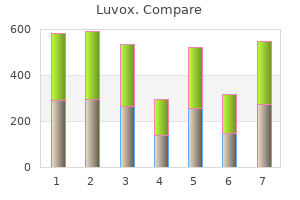 If you suspect that a package, letter, or anything else contains a harmful biological agent, call 911 to activate the local emergency response system; in communities without 911 systems, notify local law enforcement authorities. What can the consumer buy to protect against germ or chemical warfare such as anthrax The number and location of positive environmental samples will be used to guide clean-up efforts. Animal hides pose a low risk of cutaneous (skin) anthrax, and an extremely low risk of inhalation anthrax. Such industrial handling of large numbers of hides or hair from multiple animals results in prolonged direct contact with contaminated materials, often in enclosed or poorly ventilated settings. His exposure was similar to that experienced during industrial handling of hides, which has previously been associated with an increased risk of anthrax. However, drum owners or players should report any unexplained fever or new skin lesions to their healthcare provider, and describe their recent contact with animal hide drums. Is there a way to treat cattle or goat hides to render them safe for use in making drums Persons with ongoing exposure to untreated animal hides should consult with a professional to determine appropriate personal protective equipment and risk mitigation measures. Any unexplained febrile illness or skin lesions should immediately be reported to a healthcare professional, and the history of contact with untreated or untanned animal hides should be explained. For example, about 85 million pieces of mail were processed on the few days in 2001 after envelopes containing Bacillus anthracis (addressed to two U. If there is a risk for inhalation anthrax associated with exposure to cross-contaminated mail, it is very low, even for postal employees and persons who work in company mailrooms. The flu vaccine is the best protection you can get to prevent the flu and its severe complications, especially among those who are at the highest risk. The flu shot can prevent 70%-90% of flu infections, but it will not prevent illnesses with flu-like symptoms caused by anything other than influenza. In addition, most people with inhalation anthrax have high white blood cell counts and no increase in the number of lymphocytes. On the other hand, people with infections such as flu usually have low white blood cell counts and an increase in the number of lymphocytes. Chest X-rays showed that all patients with inhalation anthrax have some abnormality, although for some patients, the abnormality was subtle. However, as many as 30% of samples that test positive for influenza by viral culture may give a negative rapid test result. 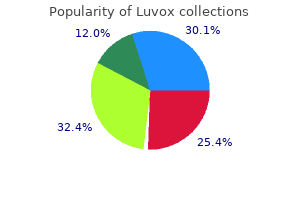 This system was implemented in all government hospitals and it is a voluntary report from private hospitals. Currently there are 52 conditions that need to be reported to the Bureau of Epidemiology. When physicians make a diagnosis that is in the priority diseases list, the data will go to the Hospitals Family or Community Medicine. They will verify the information and they may interview the patients to obtain more information using a predefined semi-structured questionnaire specific for each disease surveillance before being submitted to the District Health Office, Regional Disease Control Office and Ministry of Public Health Department of Disease Control. Each office will clean and analyze the data for their own use such as public health planning and management. If more information is needed, depending on the situation, they will individually or jointly investigate and provide the disease control together. The only information available so far is the Thai Medical Informatics Association annual meeting report (23) and the results of one Thai students PhD Dissertation (24). This application was developed by the Department of Disease Control based on Microsoft Access 2003. The R506 application is available for free at Department of Disease Control website (available only in Thai language). However, there is still no consensus plan on developing security standards at the moment. This standardization will allow better interpretation of seasonal and future outbreaks (8). There are several surveillance algorithms developed for outbreak detection by calculating the needed thresholds with various levels of complexity. Table 2 Methods for determining seasonal thresholds Epidemiological Surveillance Standards for Influenza Method description Examples Advantages Disadvantages Visual Graphically based Very simple to implement Overly simplified, will not Model based (Time and understand capture any trend Based on a visual analysis of past series, changes over time. May be sensitive to small processes to those used charts Works well in situations changes in reporting in detecting anomalies in Exponentially where rates are low. Some start of the season when methods also involve looking the start is slow at the rate of change in the data series Study Design We conducted a descriptive ecological study based on secondary data from National Surveillance System (R506), Bureau of Epidemiology, Ministry of Public Health of Thailand. These data were submitted to provincial health offices on weekly basis for validation and cleaning by local public health staff before submitted to the Bureau of Epidemiology, Ministry of Public Health. The 15 population is the Thai patients using public hospitals with a diagnosis of any dengue condition. The study did not include private hospital patient data since the private sector is not required to provide that information. This dataset is from an open-data source available for public use without restrictions or limitations. We obtained approximately 1 million of de-identified individual Dengue Fever records. Derived relevant variables included the individual visit record with local diagnosis code, gender, age, nationality, occupational, location, hospital class, patient type, outcome, time of diagnosis, time of visit and time of report.