Multiple identical or nearly identical subunits called monomers are linked together in a chain to form a polymer. For example, monosaccharides polymerize into polysaccharides, amino acid monomers into proteins and nucleotide monomers into nucleic acid polymers. Polymorphonuclear Leukocytes White blood cells with multilobed nuclei and cytoplasmic granules. They include neutrophils (granules stain with neutral dyes), eosinophils (granules stain with eosin) and basophils (granules stain with basic dyes). Preclinical Studies Experimental in vitro and/or in vivo testing in animals performed prior to clinical studies to determine the biological activity and safety of an agent. Prognosis An assessment of the likely outcome of the disease judged from general experience of the disease and the age and condition of the individual patient. Prophylaxis, Active Administration of an antigenic agent to actively stimulate an immune mechanism. Prophylaxis, Passive Use of antiserum from another individual or animal to provide temporary (7-10 days) protection against a specific infectious or toxic agent. Proteasomes Proteolytic complexes that degrade the majority of short-lived cytosolic and nuclear proteins. Proteasome inhibitors also induce apoptotic cell death, and thus are being studied for the treatment of cancer. Proteolysis the degradation of proteins via hydrolysis of the peptide bonds resulting in the formation of smaller polypeptides. See also Protease Q R Recombinant Describes a cell or an individual with a new combination of genes not found together in either parent; it usually refers to linked genes. Recombinant Vaccine Use of a recombinant antigen preparation in combination with an adjuvant, which may be administered prophylactically or therapeutically to induce viral neutralizing proteins and other protective immune responses. It is synthesized as an inactive protein in the kidney and released into the blood in the active form in response to various metabolic stimuli. Renin, an enzyme produced in the kidney, acts on angiotensinogen, an alpha-2 globulin produced by the liver, resulting in formation of inactive angiotensin I. Replicon A tandem region of replication (about 30 microns in length) in a chromosome derived from an origin of replication. Rhinitis An inflammation of the nasal passage which is characterized by frequent and/or repetitive sneezing, runny or congested nose and itchiness of the nose, eyes and throat and may also be associated with headache, impaired smell, postnasal drip, conjunctival symptoms and sinusitis. The most common form of rhinitis is allergic rhinitis which is classified as perennial, seasonal or occupational, depending on the time of allergen exposure. Less common subtypes include hormonal rhinitis (occurring during pregnancy or in patients with hypothyroidism), nonallergic or vasomotor rhinitis, infectious rhinitis and drug-induced rhinitis. See also Coryza Rhinovirus A member of the Picornaviridae family of viruses that commonly infects the upper respiratory tract. These viruses are responsible for the common cold virus and foot-and-mouth disease. They can be divided into endoribonucleases and exoribonucleases which include further sub-classes.

It is associated with neurologic symptoms, including cranial nerve abnormalities (particularly extraocular or facial muscle palsies, tinnitus, and hearing loss) or symptoms of meningitis. S: Subjective Conduct a targeted history, asking the patient about symptoms listed above, including Symptoms depend on the site of initial duration; inquire about other or associated infection, the stage of disease, and whether symptoms. It is important to consider syphilis as may occur, particularly in the setting of a possible cause of many presenting illnesses. This is very sensitive but not very been reported in patients treated with specifc; a negative result indicates that azithromycin (2 g, single dose); this neurosyphilis is highly unlikely. As an occur afer initial syphilis treatment, especially alternative, some specialists consider in primary, secondary, or even latent syphilis. This self-limited treatment efect should Referral to infectious disease specialist and not be confused with an allergic reaction close clinical monitoring are required, as to penicillin. Tertiary syphilis It resolves within 24 hours and is best treated Consult with specialists. Penicillin-allergic patients should appropriate for the stage of infection (see be referred for desensitization, if possible. Nevertheless, sex partners of a and 24 months for latent syphilis) to rule patient who has syphilis in any stage should be out treatment failure. Patients early latent syphilis should be treated whose titers do not decrease appropriately presumptively, as they may be infected with probably either experienced treatment syphilis even if they are seronegative. Note that nontreponemal test results afer successful some specialists recommend presumptive treatment for syphilis. In these serofast treatment of all persons potentially exposed individuals, reinfection with syphilis is to syphilis. For patients with primary indicated by a rise in test titer of at least syphilis, that means partners within the fourfold. Risk-reduction counseling All patients with syphilis should receive risk evaluation and risk-reduction counseling. 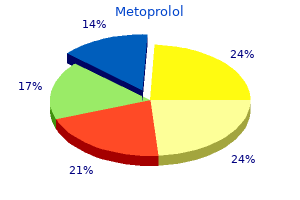 More than 400 articles were reviewed, 137 of which the mother asks what is wrong with her baby were chosen for inclusion in this review, including A 2-year-old, otherwise healthy, girl is brought to a number of randomized controlled trials, meta the emergency department with a rash on her face. The latest mother notes that the rash started 3 days ago after her practice guidelines for the diagnosis and manage child sustained a cut on the inside of her nose. The mother ment of skin and soft-tissue infections by the Infec notes that the child seems to be in pain when the rash tious Diseases Society of America are included. She is afebrile and has no associated symptoms other than Epidemiology nasal congestion. The medical student who is rotating through the de as patients may present to their ambulatory physi partment this month asks you what this rash is and how cians or, in cases of less severe infection, patients to treat it. The boy has been afebrile, and has had good increase in the number of admissions to the hospital urine output. One study notes a 29% increase in admis examination, the infant is afebrile with normal vital signs. Upon removing the childs clothes, an erythematous peel ing rash is noted on the neck, axillae, inguinal folds, and Etiology And Pathophysiology genitalia. Both bacteria and asks you if the rash is normal carry the ability to adapt to their environment, and both have numerous mechanisms that allow them to Introduction escape the bodys natural defenses and the treat ments prescribed by clinicians. These infections Staphylococci are gram-positive cocci that can be can range from benign lesions (such as impetigo) to microscopically observed as single organisms, pairs, severe life-threatening infections (such as necrotiz or bunched in grapelike clusters. Longitudinal studies have dem in children, and they are also associated with other onstrated that there are 3 nasal carriage patterns in illnesses such as pharyngitis and nephritis. Most strep but intermittent carriers and noncarriers have lower tococci that contain the group A antigens are rates of infection. Once in the skin, S aureus produces M protein is the major virulence factor of S enzymes like hemolysins, coagulases, hyaluronidas pyogenes. Hence, antistreptolysin O titers who spent considerable time in a hospital setting. Prior of a mobile genetic element that facilitates transfer to development of the Haemophilus infuenzae type of methicillin resistance more readily than the larger b (Hib) vaccines, Hib was responsible for approxi elements that code for hospital-acquired methicillin mately one-third of facial cellulitis in children aged resistance. Disease rupture, leaving behind a honey-colored dried crust typically starts as cellulitis and develops into a on a erythematous base. Infection begins with an ulcer or nodule at the tigo is caused by certain strains of S aureus, par point of entry, and satellite nodules form along the ticularly phage type 71, which produce a toxin that surrounding lymph nodes. The bullae contain a clear-to-yellowish fuid that that are unlike those found on land. Pseudomonas around an erythematous base as well as multiple aeruginosa can thrive in hot tubs, because warmer concentric rings resembling an onion slice. Wounds sustained in or occur secondary to infectious etiologies as well as around salt water may become infected with Vibrio trauma or occlusion of the follicle. Vibrio causes aggressive, necro tizing soft-tissue infections and may require surgical debridement to control the infection. Differential Diagnosis Impetigo Impetigo, a form of pyoderma, is an acute, highly contagious superfcial skin infection. 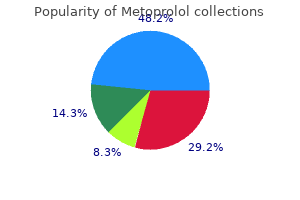 See Premature rupture of membranes respiratory syncytial virus and, 408 Proparacaine, 354 selective fetal termination and, 242 Propylthiouracil warnings, 223 signs and symptoms of, 158 Prostaglandins, in labor induction, 181 tobacco use and smoke exposure and, 128 Proteinuria, gestational hypertension with, 479. See also Body tem homelessness and, 153 perature incarcerated women and, 152 Tension pneumothorax decompression, 267. Experienced staf members are medical, psychological, behavioral, and social aging and retiring, a limited number of new issues. A strong provider-patient relationship, the assistance of a multidisciplinary care team, and frequent ofce visits are key aspects of care. Improving patients skills in self-management will increase their participation in making health care decisions and provide a stimulus for more active involvement in their own care. Disease Tese issues are discussed further in the reporting, partner notifcation, and risk sections that follow. Providers should sensitive nature of issues that must be do the following: discussed.