Key points I Acetylcholinesterase inhibitors are used mainly in Alzheimer’s type dementia. I Psychotropic medications have only a limited role in the management of neuropsychiatric symptoms in people with intellectual disabilities and dementia and should only be considered if other environmental/psychosocial approaches have produced only very limited or no benefit and the risk from the symptoms is assessed as high. I Antidepressant medications are useful in the management of depressive symptoms in people with dementia and intellectual disabilities. I Caution should be exercised in the use of antipsychotic medication in the context of the evidence of a high risk for cerebrovascular events and mortality. I Where psychotropic medications are used, target symptoms should be clearly recorded; risks and benefits discussed with the person and/ or carers and the minimum effective dose should be used for the shortest length of time. It is vital that the person with dementia is assisted to make eating and drinking as enjoyable and stress free as possible. Individuals have different reactions to different foods that come from their experience, culture and taste, and these need to be taken into account in understanding the person with dementia. Staff need to be flexible and person-centred, remembering that the person will have good days and bad days. This may mean that carers and staff will need to completely rethink how to approach eating and drinking for the person in order to ensure that it is a safe, enjoyable and nutritious activity. Each person will respond to a large number of cues that make them want to eat and drink. These include: time of the day, smell of food, rattle of crockery and cutlery, the table being set, the colour of the food, how the food is presented and the taste of the food. Similarly there are a number of reasons that make people less inclined to eat or drink. These include when the smell is off-putting, the place is noisy or dirty, the food doesn’t look nice, the person doesn’t like the people they are sitting with, they don’t feel well or are too tired. A person may also not wish to eat as they do not recognise that the feeling coming from within is one of hunger, as the connection between the sensation in their stomach and the thought that they need to eat is lost. It is therefore essential that the chances of the person enjoying their food and successfully eating and drinking are maximised by paying attention to a number of factors. These include: I the opportunity to be involved in preparing what they eat all but vanishes. Preparing what you eat can improve levels of wellness and positively affects a person’s ability to chew and swallow food. It also impacts on quality of life, not just from a nutritional perspective, but also in terms of wellbeing and it is a great social opportunity for people. I Promoting people to do things for themselves can have a significant impact on improving a person’s appetite. All stages of meal/snack preparation will stimulate saliva production and activate the centres in the brain involved in swallowing. I People should be involved in every aspect of planning and preparing a meal, from creating a shopping list, selecting the produce off the shelves, to the final serving of the meal. 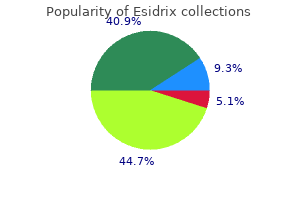 Hernias are most common in premature Chapter 37 infants and low-birth-weight infants. Tere is increasing scrotal swelling during the day, with decrease in size overnight. Transillumination of the mal cysts occur in the rete testis, eferent ductule, or epididymis scrotum is used to distinguish solid from cystic lesions. Testicular tumors occur as a painless scrotal mass, with 6 secondary hydrocele in 10% to 15%. Pain may occur with Acute idiopathic scrotal wall edema is a rare cause of 2 torsion or hemorrhage into the tumor. Tere is of yolk sac tumors, whereas b-human chorionic gonadotropin unilateral or bilateral scrotal wall edema; however, the testicles is elevated in teratocarcinomas. The etiology is unknown but suspected to be produce hormones causing signs and symptoms of precocious allergic. Lymphomas and leukemia may Henoch-Schonlein purpura is a systemic vasculitis that metastasize to the testis. Fibromas, leiomyomas, lymph Bibliography angiomas, adrenal rest tumors, and dermoid cysts are rare. Onset of symptoms with menarche when cycles are usually 4 anovulatory may be due to mullerian tract abnormalities History should include onset of symptoms and whether 1 with partial outfow obstruction. It is important to obtain a history of cyclic dysmenorrhea with accumulation of menstrual fuid, re disruption of daily activity and response to medications to de sulting in hematocolpos, hematometra, or hematosalpinx, de termine the extent of investigation and treatment required. Unlike in adults, in adolescents the Primary dysmenorrhea has no clinically detected pelvic 2 pelvic examination may be normal or there may be minimal pathology. It begins with the Psychogenic dysmenorrhea may be related to negative 6 onset of the menstrual period and lasts from a few hours to sexual experiences, such as child abuse or rape. The pelvic examination is normal but is Bibliography usually not clinically indicated. At puberty, breasts develop owing to gonadal estrogens; axillary and pubic hair is absent. The female athlete triad is when there is more than 6 weeks between menstrual cycles or consists of disordered eating, amenorrhea, and low bone mass. Information on sexual history including sexual abuse either clinical or laboratory. Laboratory evidence may include and use of hormonal contraceptives should be carefully elicited. 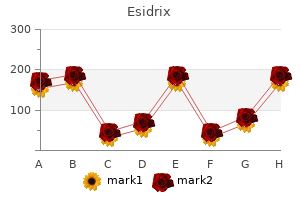 Human Experience: Cigarette smoking during pregnancy is associated with an increased risk of spontaneous abortion, low birth weight infants and perinatal mortality. Nicotine and carbon monoxide are considered the most likely mediators of these outcomes. The effects of cigarette smoking on fetal cardiovascular parameters have been studied near term. Cigarettes increased fetal aortic blood flow and heart rate and decreased uterine blood flow and fetal breathing movements. An infant has the ability to clear nicotine by hepatic first-pass clearance; however, the efficiency of removal is probably lowest at birth. Pediatric Use Safety and effectiveness in pediatric and adolescent patients below the age of 18 years have not been established for any nicotine replacement product. However, no specific medical risk is known or expected in nicotine dependent adolescents. Other reports on clinical experience have not identified differences between older and younger patients. In general, dosage selection for an elderly patient should be cautious, usually starting at the low end of the dosage range reflecting the greater frequency of decreased hepatic, renal, or cardiac function, and of concomitant disease. The incidence of adverse events is confounded by: (1) the many minor complaints that smokers commonly have, (2) continued smoking by many patients and (3) the local irritation from both the active drug and the placebo. Local irritation in mouth and throat was reported by 40% of patients on active drug as compared to 18% of patients on placebo. Irritant effects were higher in the two pivotal trials with higher doses being 66% on active drug and 42% on placebo. Coughing (32% active versus 12% placebo) and rhinitis (23% active versus 16% placebo) were also higher on active drug. Common withdrawal symptoms seen in over 3% of patients on active drug included: dizziness, anxiety, sleep disorder, depression, withdrawal syndrome, drug dependence, fatigue and myalgia. Nicotine-Related Adverse Events the most common nicotine-related adverse event was dyspepsia. This was present in 18% of patients in the active group compared to 9% of patients in the placebo group. Other nicotine related events present in greater than 3% of patients on active drug include nausea, diarrhea, and hiccup. Smoking Related Adverse Events Smoking related adverse events present in greater than 3% of patients on active drug include chest discomfort, bronchitis, and hypertension. Other Adverse Events 9 Adverse events of unknown relationship to nicotine occurring in greater than 3% of patients on active drug include headache (26% of patients on active and 15% of patients on placebo), influenza-like symptoms, pain, back-pain, allergy, paresthesias, flatulence and fever. The use of the inhaler beyond 6 months has not been evaluated in clinical trials and is not recommended. 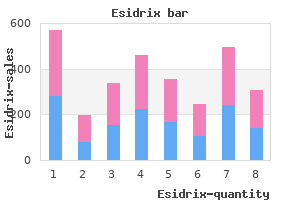