All evidence summaries and and outcomes across Australia, and resulting recommendations were approved by the full. All comments and suggestions were collated and reviewed in blinded fashion by the committee. These guidelines provide a general approach to appropriate A consensus process was used to modify any recommendations. Where changes to current practice are required, initial and ongoing education is essential. Recommendations were graded strong or weak, based on their beneft over harm to the patient (Table 1 and Table 2). The level of evidence next to the recommendation specifes the type of studies used to formulate the recommendation (Table 3). Where there was no available evidence but clinical experience clearly suggests beneft or harm to the patient, consensus-based recommendations and practice statements were formulated. Health professionals Most individuals should receive the Recognise that diferent choices will be recommended course of action. Adherence to appropriate for diferent patients, and that you this recommendation according to the must help each patient arrive at a guideline could be used as a quality criterion management decision consistent with patient or performance indicator. Decision aids may aids are not likely to be needed to help well be useful helping individuals making individuals make decisions consistent with decisions consistent with their values and their values and preferences. Clinicians should expect to spend more time with patients when working towards a decision. Policy makers the recommendation can be adapted as Policymaking will require substantial debates policy in most situations including for the use and involvement of many stakeholders. Performance indicators would have to focus on the fact that adequate deliberation about the management options has taken place. The three primary hypertension, hypercholesterolemia, smoking, obesity and types are arterial ischaemic stroke, cerebral sinovenous diabetes on the risk of stroke are well understood. The timing of the stroke is some of these factors becoming more prevalent in older classifed as i) perinatal stroke, where diagnosis occurred or is children, they are rare causes of childhood stroke. For many presumed to have occurred between 28 weeks gestation and adults, risk factors are known before the event, however for 28 days of life or, ii) childhood stroke, which is defned by stroke children, approximately 50% of strokes occur when they have occurring between 29 days and 18 years of age. A wide range of presumptive risk literature paediatric stroke is also classifed by the number of factors are reported in association with childhood stroke (Table vessels and type of arterial territory involved. The more Ischaemic stroke is defned as a sudden focal infarction of brain commonly reported risk factors include nonatherosclerotic tissue diagnosed by neuroimaging or at autopsy and can result arteriopathies, cardiac disorders, and infection, inherited or in arterial ischaemic stroke or venous infarction. An arterial acquired coagulation abnormalities, malignancies, head and ischaemic stroke occurs when there is sudden occlusion of one neck trauma, and sickle cell disease (17, 18). In adults, ischaemic stroke accounts multiple risk factors converge in more than 50% of children with for 75 to 85% of strokes. 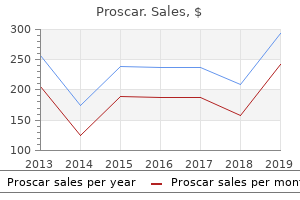 Most tumors are totally intramedullary and are [38] not apparent upon inspection of the surface. Several genes have been identified as having associations with risk of o Intraoperative ultrasound may be used to localize the [39,40] tumor and to determine the rostrocaudal tumor borders. They o Large tumors may require internal decompression with found that the 5-year progression-free survival was 66% an ultrasonic aspirator or laser. This usually can be accomplished which gross total resection was the only initial therapy for for small and moderate-sized tumors, which remain intracranial ependymoma (eight supratentorial tumors and well circumscribed within the fibrous coverings of the two posterior fossa tumors). At a median follow-up of 48 filum terminale and easily separable from the cauda months, seven patients were free of disease without equina nerve roots. Palma et al reported on their success in treating o Internal decompression is not used for small and supratentorial ependymoma with surgery alone. Thus, radiation therapy and its potential outcome followed by postoperative radiation therapy for late effects might be delayed until the time of directed at the site of the primary tumor. Although postoperative irradiation is not a widely accepted practice complete resection is instrumental in the long-term, in the treatment of children younger than age 3 multi event-free, and overall survival of patients with childhood agent chemotherapy has typically been administered in an ependymoma, it is performed in only 42% to 62% of. However, an obvious patients Complete resection is more easily role for chemotherapy has not been demonstrated for accomplished for tumors in supratentorial locations and patients with ependymoma, especially those older than those originating from the roof of the fourth ventricle. The poor outcome of children younger than age 3 Aggressive attempts to resect tumors in other locations, has been attributed in part to the delay in administering including those involving the lower cranial nerves, are radiation therapy. Subarachnoid Some oncologists favor the use of chemotherapy between dissemination is rare and considered incurable. The purpose of the predominant pattern of failure for ependymoma is administering chemotherapy before a second resection is local, aggressive measures of local control are essential. Foreman et al reported second resections in that the extent of surgical resection is the most consistent five patients with residual tumors located in the fourth prognostic factor for patients with ependymoma. From April 1997 through April 2000, 40 et al retrospectively evaluated 45 patients with pediatric patients were referred to St. Jude Children’s ependymoma and found that the 5-year survival estimate Research Hospital for treatment of intracranial [62]. In a similar retrospective were considered candidates for additional resection based review of 40 patients, Pollack et al found that 5-year on the location of the residual tumor and survival after gross total resection was 80%; after partial neurologic status at the time of evaluation. Since 1977, postoperative radiation therapy resection after their initial procedure with the number of has been considered standard treatment for patients with those with complete resection after a second procedure, ependymoma. The operative morbidity of these patients was also demonstrate that postoperative radiation therapy determined. These cranial neuropathy necessitating gastrostomy or investigators reported a survival estimate of 17% for tracheostomy, occurred in 4 of the 24 patients with initial patients who underwent resection alone vs a 40% survival complete resections and 4 of the 16 patients with initial estimate for those who underwent resection and incomplete resections. Of routinely administered to patients with ependymoma who the 12 patients who underwent a second resection, 6 had are 3 years of age or older, but, as yet, no studies have tumors that progressed during the interval between critically challenged its role in the postoperative surgical procedures, despite administration of treatment of patients in this age group. It is generally agreed that a complete the role of radiation therapy has been evaluated in several resection—ie, one that results in a very low probability of studies in infants and children younger than age 3. Complete resection may be young children with completely resected ependymoma in possible for patients with supratentorial tumors when a whom radiation therapy was delayed for 2 years margin of normal tissue surrounding the tumor is also experienced a significantly worse outcome (5-year removed and biopsies of the operative cavity are survival estimate: 38%) than those in whom therapy was negative. 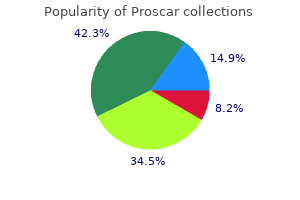 Most patients require multiple for age-related macular degeneration intravitreal injections each year. Furthermore, the dose delivery could be influenced by eye movement, creating the potential for variation in the dose delivered to the target region. However, the risk of cataract is not insignificant, Epimacular brachytherapy although this is a non-malignant consequence and treatable with lens replacement. Following Thes risk of a radiation-induced malignancy following surgical entry into the eye via a pars plana vitrectomy, low to moderate dose radiotherapy [page 18]. This is the subject of ongoing low-voltage, external beam X-rays has been designed research studies. This device delivers highly collimated doses via three separate beams that overlap the types of evidence and the grading of at the macula, minimising exposure to non-target recommendations used within this review are structures. Triple and partial sight certifications in England combination of irradiation, chemotherapy and Wales: April 2007–March 2008. Design of clinical trials of prevalence and incidence of late stage radiation combined with antiangiogenic therapy. Age-related macular degeneration: guidelines Br J Ophthalmol 1993; 77(5): 265–273. Epimacular pathway is involved in the X-ray-induced brachytherapy for neovascular age-related antiangiogenicity. Br J Cancer 1996; macular degeneration: a randomized, controlled 74(12): 1916–1923. Dosimetry Macular epiretinal brachytherapy in treated characterization of a multibeam radiotherapy age-related macular degeneration: treatment for age-related macular degeneration. Ophthalmic Surg delivery of microcollimated pars plana external Lasers Imaging 2011; 42(6): 468–473. Kilovoltage stereotactic radiosurgery for age-related macular degeneration: assessment of optic nerve dose and patient effective dose. Various management options are available, including photodynamic therapy and the types of evidence and the grading of photocoagulation. Recurrence and retinal detachment recommendations used within this review are can complicate management of the condition. Low-dose proton beam therapy for patients with Sturge-Weber Syndrome treated for circumscribed choroidal hemangiomas. Arch choroidal haemangioma with 20 Gray (Gy) external Ophthalmol 2004; 122(10): 471–475. To summarise briefly, the risk is small for adults but may be more important for young children. 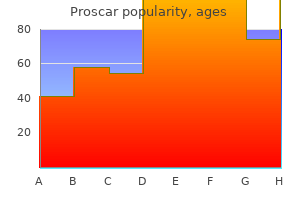