Characteristic features include fever, vomiting, and diarrhea, sometimes followed by renal failure and shock. Other frequent etiologic agents of pelvic inflammatory disease are Chlamydia trachomatis and enteric bacteria. Gonorrhea can result in extragenital infections, including: (1) Pharyngitis associated with orogenital sexual contact (2) Proctitis associated with anal intercourse (3) Purulent arthritis, which is most often monoarticular, involving a large joint, such as the knee, as a consequence of blood-borne infection (4) Ophthalmia neonatorum, a neonatal conjunctival infection acquired at delivery 6. It can lead to rectal stricture as a result of inflammatory reaction and scarring. The initial stage manifests as a firm, painless ulcer known as a chancre, which is usu ally not apparent clinically. The disease sometimes manifests during secondary syphilis as condyloma lata, which are gray, flattened, wart-like lesions. It progresses by adjacent lesions coalescing to form large genital or inguinal ulcer ations, sometimes with lymphatic obstruction or genital distortion. Clinical manifestations include multiple wart-like lesions, venereal warts, in the vulvovaginal and perianal regions and sometimes on the cervix. Histologic characteristics include koilocytes, or expanded epithelial cells with perinuclear clearing. It is sometimes associ ated with underlying adenocarcinoma of the apocrine sweat glands. Malignant melanoma accounts for approximately 10% of malignant tumors of the vulva. Vaginal adenosis, a benign condition characterized by mucosal columnar epitheli um-lined crypts in areas normally lined by stratified squamous epithelium, is thought to be a precursor of clear cell adenocarcinoma. Erosion is characterized by columnar epithelium replacing squamous epithelium, grossly resulting in an erythematous area. The cancer is most often squamous cell carcinoma; adenocarcinoma accounts for approximately 5% of cases. Endometriosis occurs most often in the pelvic area; the ovary is the most common site, fol lowed by the uterine ligaments, rectovaginal septum, pelvic peritoneum, and other sites. The cause is usually excess estrogen stimulation, which in turn may be caused by anovulatory cycles, polycystic ovary disease, estrogen-secreting ovarian tumors, such as granulosa cell tumor, and estrogen replacement therapy. Simple (cystic or mild) hyperplasias have a low malignant potential, while higher grade (atypical) hyperplasias have a greater malignant potential. This is the most common uterine tumor and the most common of all tumors in women; the incidence is increased in women of African lineage. 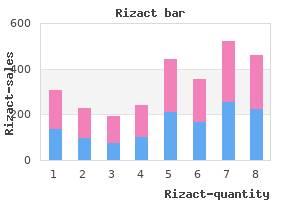 Arrete du 25 novembre 2017 portant labellisation des reseaux des demyelinating polyneuropathy: an Italian cost-minimization centres de reference prenant en charge les maladies rares, 2017. Plasma exchange versus intravenous immunoglobulin for myasthenia gravis crisis: an 315. Feasby T, Banwell B, Benstead T, Bril V, Brouwers M, Freedman with primary antibody deficiencies. Maroto Hernando M, Soler Palacin P, Martin Nalda N, Oliveras Arenas M, Espanol Boren T, Figueras Nadal C. Law on compulsory insurance for medical care and benefits, coordinated on July 14, 1994 article 25, 2005. Off-label use of intravenous immunoglobulin for hematological conditions: a reveiw of clinical effectiveness. Off-label use of intravenous immunoglobulin for non neurological paraneoplastic disorders: a review of clinical effectiveness. Off-label use of intravenous immunoglobulin for recurrent spontaneous abortion: a review of clinical effectiveness. Pediatrics: A single dose is recommended routinely for children on, or as soon as practicable after, their first birthday. Older children who have no documented evidence of having received the vaccine should also be vaccinated. It is desirable to immunize close contacts of immunocompromised individuals in order to minimize the risk of exposure of the latter to measles. The presence of a minor infection, however, is not a contraindication for vaccination. As with any vaccine, a protective immune response may not be elicited in all vaccines. Alcohol and other disinfecting agents must be allowed to evaporate from the skin before injection of the vaccine since they may inactivate the attenuated viruses in the vaccine. Limited protection against measles may be obtained by vaccination up to 72 hours after exposure to natural measles. Page 4 of 23 As with all injectable vaccines, appropriate medical treatment and supervision should be readily available in case of a rare anaphylactic event following the administration of the vaccine. The measles and mumps components of the vaccine are produced in chick embryo cell culture and may therefore contain traces of egg protein. Persons with a history of anaphylactic, anaphylactoid, or other immediate reactions. Individuals who have experienced anaphylaxis after egg ingestion should be vaccinated with extreme caution, with adequate treatment for anaphylaxis on hand should such a reaction occur. No special precautions are necessary for children with minor egg hypersensitivity who are able to ingest small quantities of egg uneventfully. 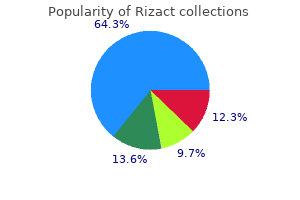 On the basis of clinical features, pneumonia can be classified as mild to very severe disease. Treatment Nonpharmacological Nasal block to be treated with saline nasal drops as and when required, especially before feeds. Pneumonia Patients with age more than 2 months and with absence of features of severe/very severe pneumonia can be treated at home. Severe pneumonia and very severe pneumonia or age <2 months treated as inpatients 1. Continue with oxygen until the signs of hypoxia (such as severe lower chest wall in-drawing or breathing rate of 70/ min) are no longer present. Severe pneumonia and very severe pneumonia with age >2 months treated as inpatients Admit the child in hospital. Radiography in very severe pneumonia is required at admission to assess the extent of disease and to rule out presence of puemothorax or effusion. In case of severe distress, stabilize and oxygenate the child before sending for radiograph. Then continue the same drug orally in the same dose for 3 times a day for a total course of 10 days. If the child does not improve by 48 hours to any one of these treatments, reassess for complications and switch to Inj. When the child improves, continue Cloxacillin orally 4 times a day for a total course of 3 weeks at least. Clinical Features Thick white patches on an erythematous base in the oral mucosa may spread to involve the lips, buccal mucosa, tongue and palate. Diagnosis is confirmed by the fact that on removing the plaques, punctate areas of bleeding are seen on the undersurface. 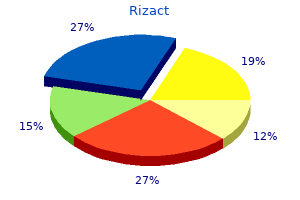 The generalizability, or criterion validity, of a laboratory performance task to the demands of the workplace may be more difficult to assess; however, it is feasible. This real-world criterion would then be tested with the other battery of performance tasks under drug and no-drug conditions. Performance on the criterion measure would be correlated with performance on the laboratory tasks. Those laboratory tasks showing the highest degree of correlation would have been validated by a real-world criterion measure of performance and would be presumed to have the greatest generalizability to performance on the job. Thus, assessment of the criteria for usefulness of measures of human performance can be conducted in controlled laboratory settings. In general, however, such assessment has not been the focus of typical laboratory psychopharmacological performance research. The criteria of practicality and generalizability, especially, have not received much attention. The main reason is that most laboratory research is concerned with basic mechanisms, and applied research issues, such as these criteria for usefulness, have not been viewed as particularly relevant to an understanding of basic, underlying mechanisms of the effects of drugs. However, such research is feasible and needed if a solid, scientific basis for performance testing in the workplace is to be developed. It is also possible to measure long-lasting drug effects by testing several hours or days after drug administration. By simul taneously taking blood samples, the important relationship between plasma concentrations of the drug and performance impairment can be determined. The lack of any drug-related performance impairment may simply be a function of the pharmacokinetics and/or metabolism of the drug. Research on interactive drug effects would more closely approximate the conditions of the real world and thus enhance the external validity of such experimental designs. Laboratory studies that assess a range of drug effects, including subjective, physiological, biochemical, as well as performance measures, provide the scientific basis for a comprehensive comparison of drugs between and within pharmacological classes. In compiling complete drug effect profiles, meaningful comparisons can be made in terms of the relative performance impairing effects and other drug-induced effects of a variety of psychoactive drugs. As a result, we know much in general about the effects of these psychoactive drugs on sensory, motor, attentional, and cognitive abilities. However, there are some gaps in this literature that need to be filled with data from well-designed, well-controlled studies. For example, few studies have investigated the effects of d-amphetamine or cocaine on cognitive abilities, and, for all drugs, sensory and perceptual processes have received little research attention compared with other aspects of behavior.