Caenorhabditis elegans Caenorhabditis elegans has been used extensively as a model system to study various biological phenomena due to many positive aspects including a rapid lifecycle, its completely sequenced genome, genetically identical progeny (due to self-fertilization), and a transparent cuticle that facilitates whole animal microscopy (Stiernagle, 2006). Nematodes are exposed to the infectious agent in their diet, therefore multiplicity of infection is not easily determined (Mylonakis, 2002). Fungi concentrate distally 2 to the pharyngeal grinder and infected worms show a distended gastrointestinal system (Jain, 2013; Jain et al. Other disease markers such as swelling in the vulvar region and intestinal distension have been reported for both fungal and bacterial infections (Hodgkin, 2000; Jain, 2013). These disease markers can be used to study the progression of disease, while survival assays provide a quantitative measure of disease and death. The nematode is a convenient model to study innate immunity, since facets of it are conserved in humans (Jain, 2013; Jain et al. Furthermore, infections do not require handling of animals, and therefore, can be performed in a high throughput fashion. Immortalized macrophages have been instrumental in uncovering aspects of Candida virulence such as hyphae formation, extracellular lipase, and proteinase production (Nemeth, 2013). However, the multiple passages and harsh growth and handling conditions of immortalized macrophages specifically select them to be more robust at the expense of other properties that might be important for immunity. Therefore, primary macrophages are considered better for studying immunity than immortalized macrophages even though they are more difficult to extract and maintain (Nemeth, 2013). Nemeth and others (2013) infected both immortalized murine macrophage and primary human macrophage hosts with Candida parapsilosisis in the paper ?Characterization of Virulence Properties in the C. In order to understand Candida infection, Thewes and others (2007) used in vivo and ex vivo techniques to understand the genes associated with infection in parenchymal organs. An ex vivo tissue explant of porcine liver-infected tissue was shown to mimic murine model of in vivo infection. Ex vivo tissue explants from both exhibited a similar extent of deep-tissue invasion (Thewes, 2007). Excised murine vaginal mucosal tissue is also used as a substrate to study vaginal infections (Harriott et al. These ex vivo systems provide a simple and rapid method for optimizing conditions prior to in vivo assays (Fazly et al. In Vitro Systems Viewing a fungal phenotype on an agar plate is a ?host-free method to study fungal virulence. This double knockout mutant was later shown to be avirulent in a murine model, which linked hyphal growth and virulence (Lo, 1997). Since then, many mutants with defects in dimorphic transition have been shown to be attenuated in virulence. Other drug sensitivity assays can be modeled in vitro by plating fungi on drug-infused plates (Homann, 2009). The role of metals can be mimicked in vitro by using scavengers or chelators in vitro. 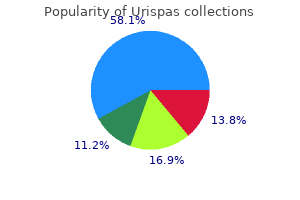 This happens because the nerves that control sensations in the throat are connected to the nerves in the ears. This pain usually lasts for only a few days, and can be controlled by applying a heating pad or a warm compress to the ears for 10-20 minutes as needed. To prevent bleeding, avoid coughing, nose blowing, clearing the throat and spitting. While you are healing from tonsil surgery, white patches may appear in the throat. Note: If your child vomits after drinking red liquids, the vomit will be the same color. Avoid citrus fruits and juices such as orange juice and lemonade, as they may sting the throat. Clinical Professor of Otolaryngology George Washington University School of Medicine and Health Sciences Published and Distributed by American Academy of Otolaryngology- Head & Neck Surgery Foundation, Inc. It is a story that continues to unfold even today with the appearance of new antibiotics every year and the continuing emergence of new strains of resistant bacteria. Such change gives our knowledge a short half-life, and perhaps in no other clinical discipline is reeducation as important as in the use of antimicrobials. One-fourth of all Americans who seek medical care do so because of an infectious disease, and over 150 million courses of antibiotics are prescribed each year. The five symptoms most commonly treated are cough, sore throat, fever, nasal congestion, and earache, which suggests that the physician who deals with the upper respiratory tract must be especially current in his understanding of the uses and costs of antimicrobials. Geraldine Hahn Ely has edited, prepared, and maintained the manuscripts of this monograph. This publication is offered as a concise, practical guide to the practicing physician dealing with the usual or average patient. No recommendations for antimicrobial therapy can be absolute, and the good clinician will modify them according to special circumstances in his patient or community. The recommendations contained herein are not to be considered as any official position of the Academy, but, rather, the opinions of the author, the members of the committees, and other consultants at the time of publication; they are subject to change as new developments occur. Clinical Professor of Otolaryngology, George Washington University School of Medicine and Health Sciences Washington, D. April 2005 Appreciation is offered to my wife, Sylvia, whose patience and understanding are exercised at the writing of each revision. Penicillin has a very wide margin of safety; parenteral high doses are tolerated well. Since penicillin is excreted by the kidneys, renal impairment may lead to high concentrations, and neurotoxicity can devel op from high concentrations in the cerebrospinal fluid. Penicillins cross the blood-brain barrier satisfac torily for therapeutic purposes, at least when the meninges are inflamed. 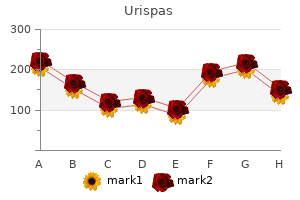 Whereas, 31 out of 36 downregulated genes (86% of downregulated genes) in the transcriptome of the organoids from co-culture coincided with downregulated genes in the adenoma organoids (Fig. To test this hypothesis, the genes that showed increased expression in the co-culture (fold change? Hierarchical clustering revealed that in the context of the Intestinal Wnt signature organoids from the co-culture are more closely related to the control organoids (wt organoid monoculture) than to the tumor organoids (Fig. The latter ones are characterized by the endogenous Wnt signaling due to mutation in Apc locus (Sansom et al. The data indicate that myofibroblasts alter metabolism and induce proliferative response in intestinal epithelial cells. It seems that on the molecular levels those effects are mediated by other mechanism than classical Wnt pathway. Additionally, the results from above suggest that metabolic changes can be a very early step during tumorigenesis that can be regulated by the microenvironment. However, the transcriptional profiling data did not seem to support this hypothesis (Fig. To further confirm this, expression of Axin2, Wnt target gene that belongs to the negative feedback loop of Wnt signaling (Yan et al. Proteomic profiling In order to identify the proteins, which affect local stem cell niche and influence the cross-talking between epithelial cell and mesenchymal cell, proteome profiling was performed. Moreover, also cell adhesion molecules and cell junction proteins were identified (Fig. Among other secreted proteins was also orosomucoid 2 (Table 16), that was reported to be elevated in both tumor tissue and plasma in patients with colorectal cancer (Zhang et al. Some another identified protein candidate that is related to the intestinal niche is periostin (Table 16). The next protein candidate that is an in vivo relevant constituent of the intestinal stem cell niche is lysozyme (Table 16 & 17). To summarize, proteomic profiling revealed many protein candidates that might be important for the stromal-epithelial cell communication in the intestinal stem cell niche. In addition, some candidates such as thrombospondin, periostin and lysozyme, represent in vivo relevant niche factors for the intestine, however their role in stromal-epithelial cross-talk in the intestinal stem cell niche needs to be elucidated. In order to select protein candidates for experimental validation the following factors were taken into account: peptide count and confidence score. Venn diagram showing the overlap of proteins that were significantly upregulated (fold change? Thus, we concluded that: 1) collagen does not induce spheroids; 2) spheroids are induced by addition of myofibroblasts and this phenomenon occurs both when the co-culture is performed in Matrigel (see Fig. Interestingly, addition of myofibroblasts to such conditions further decreased crypt budding (Fig. Characterization of patient specimens for human organoid culture and success rate of organoid growth. The model relies on the isolation of small intestinal crypts and small intestinal myofibroblasts and putting these two cell types together in one culture. 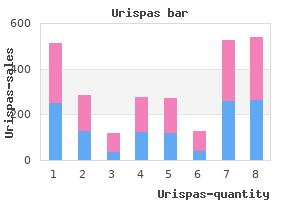