This syndrome is very common and, in fact, may be found in up to 70% of hospitalized patients. The euthyroid sick syndrome commonly occurs in patients who have a non-thyroid, severe illness such as heart failure, chronic renal failure, liver disease, stress, starvation, surgery, trauma, infections, and autoimmune diseases, as well as in patients using a number of drugs. In euthyroid sick syndrome patients, the degree of reduction in thyroid hormone levels appears to be correlated with the severity of nonthyroidal illness and may predict prognosis in some cases. For example, some studies have shown that, of hospitalized intensive care patients, the mortality rate correlates with degree suppression of serum T4 levels. It is not clear whether thyroid hormone changes reflect a protective response in the face of serious illness or a maladaptive process that needs to be corrected. However, thyroid function tests generally return to normal when the nonthyroidal illness is resolved. Large amounts of reverse T3 (rT3), an inactive form of thyroid hormone, accumulate. Sick euthyroid syndrome may take one of several diagnostic forms as outlined below: " Low T3: this is the most commonly encountered abnormality in nonthyroidal illness. T3 levels fall rapidly within 30 minutes to 24 hours of onset of illness, while rT3 levels increase. Free thyroid hormone levels are usually normal but may be decreased in patients treated with dopamine hydrochloride (Intropin) or corticosteroids. Another possibility is the presence of a thyroid hormone-binding inhibitor, which lowers total thyroid hormone levels. Elevated levels of total and free T4 also have been reported in patients with acute psychiatric illness. Drugs such as amiodarone (Cordarone), propranolol (Inderal), and iodinated contrast agents also elevate T4 levels by inhibiting peripheral conversion of T4 to T3. The mechanisms leading to thyroid hormone abnormalities are not yet clear, but hypothalamic and pituitary suppression have been implicated. Whether active intervention using thyroid hormone supplements is beneficial or not in patients with euthyroid sick syndrome remains controversial and controlled trials are limited. A study assessing treatment of such patients with levothyroxine sodium showed no benefit, which may be due to the inability of these patients to convert administered T4 to the metabolically active T3. Other studies in which liothyronine sodium was administered to patients undergoing coronary bypass procedures showed improvement in cardiac output and lower systemic vascular resistance in one group of 142 patients and no benefit in another group of 211 patients. However, no difference in the need for inotropic drugs or improvement in survival was evident in patients of either group. In patients who are moderately ill, no intervention is recommended, aside from careful monitoring. Thyroid function tests should be reevaluated when the nonthyroidal illness is resolved. Even though no harm has been reported when T3 deficiencies are corrected, evidence does not support the use of thyroid hormone supplements in patients with sick euthyroid syndrome. 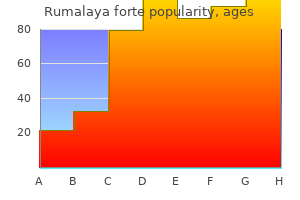 Purchase rumalaya forte without a prescription

In this way, 125) is the most commonly measured tumor marker for epithelial proteomic study of cardiovascular, neurodegenerative and cancer ovarian tumors which account for 85?90% of ovarian cancers, and diseases, metagenomics and protogenomic are not so far away. Compared with healthy individuals, elevated morphology and histological architecture. Conversely, serum levels of such as genomic testing and chromosome karyotype analyses. Recently, a large number biologically distinct subtypes [13] and identify patients with a high of combinations of biomarkers have been investigated to improve the risk for occurrence and poor survival. Current cancer research is sensitivity and specifcity for the early detection of ovarian cancer. Type of Biomarker Use of Biomarker Clinical Goal Prognostic Biomarker Risk Assessment, To determine the cellular and molecular mechanisms of carcinogenesis in pre-neoplastic Prevention tissue Diagnostic Diagnosis To determine the presence of cancer Biomarker Classifcation To distinguish the specifc type of cancer Screening To recognize early-stage cancer and administer early treatment. Predictive Biomarker Prognosis Helps in estimating the likely outcome of the disease Prediction of Treatment Anticipate the response to specifc treatment Risk Stratifcation Used in evaluating the probability of occurrence or recurrence of cancer Personalized Medicine To select the therapy with the highest probability of being effective in a particular patient. Biomarker for Post-treatment Surveillance Monitoring Treatment Response Used in assessing the effectiveness and adverse effects of a treatment. Assays Patient Selection for Clinical Trials Aids in patient selection based on disease subtype Surrogate Endpoint in Drug Used for a quick assessment of the safety and effcacy of the therapy by using a short Approval term outcome (biomarker) instead of a long-term primary endpoint. Table 1: A biomarker is a biological molecule of body fuids or tissues that is a sign of a normal or pathogenic processes, or pharmacologic responses to therapeutic treatment. Biomarkers are used as analytical tools to early diagnosis, for a rapid and comprehensive therapeutic analysis and the development and evaluation of new therapies. In the table is schematically shown the use of biomarkers for cancer medicine) and for the development of new drugs [30]. Because it is produced and secreted by prostate cells, stage ovarian cancer, both with a specifcity of 98% [23]. This panel was tested using 211 serum specimens and was able to predict early ovarian cancer with 98% specifcity and Hepatocellular carcinoma 65. Tese proteins might promote and is one of the most frequent causes of heart failure [59]. Abnormal expression of telomerase in liver tissues or contribute to the loss of normal cellular function in the diseased heart. The recent discovery of new therapeutic targets based on have been identifed in vivo. Several of these antigens may be involved in the molecular pathways that are involved in carcinogenesis has led to the processes of acute and chronic rejection afer cardiac transplantation exciting discovering for targeted treatment strategies in tumor patients. 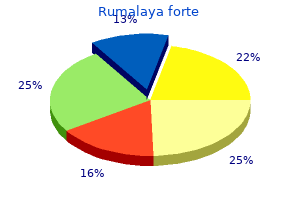 Legal Considerations Adults who are awake, alert and oriented have a basic right to accept or refuse care. If the patient is a minor, consent must be obtained from a parent or legal guardian, if available. If a parent or legal guardian is not present, then consent is implied for life-threatening conditions. If a patient is unconscious, has an altered mental status, is mentally impaired, or is unable to give consent verbally or through a gesture, then consent is implied. While providing care to a patient, you may learn details about the patient that are private and con? By documenting, you establish a written record of the events that took place, the care you provided and the facts you discovered after the incident occurred. Basic Life Support for Healthcare Providers Handbook 51 Table 3-2 Legal Considerations Duty to Act the duty to respond to an emergency and provide care. Scope of Practice the range of duties and skills you have acquired in training that you are authorized to perform by your certi? Negligence Failure to follow a reasonable standard of care, thereby causing or contributing to injury or damage. Refusal of care must be honored, even if the patient is seriously injured or ill or desperately needs assistance. If a witness is available, have the witness listen to, and document in writing, any refusal of care. You must continue care until someone with equal or more advanced training takes over. Alcohol-based hand sanitizers allow you to clean your hands when soap and water are not readily available and your hands are not visibly soiled. As a healthcare professional, you also need to adhere to good health habits to prevent the spread of infection and disease transmission and be current with all required/suggested immunizations. Unfortunately, even with the best use of standard precautions, exposures do occur. Methods: the material is taken from the University Clinical Center of Kosovo Emergency Centre in Pristina, during the two (2) year period (2010-2011). The Collected date belong to the patients with cardiac arrest have been recorded in the patients log book protocol at the Emergency Clinic. In the total number of patients with cardiac arrest, males have dominated with 186 cases, or 69. Of the 269 patients with Cardiac arrest, defbrillation has been applied for 93 or 34. 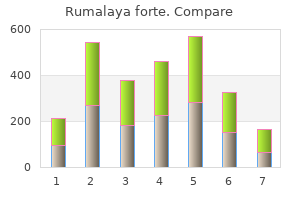 Such an outlook, if applicable universally, is daunting but may be offset by the following considerations. First, the expanding repertoire of drugs targeting proteins mediating more informed development of com agent but will indicate therapy based every step of a signalling cascade binations of therapeutics that have on the biological characteristics of will also increase our repertoire for the highest chance of success in an individual tumours, specifed with ameliorating secondary and subse individual patient. Improved sur bacterial chemotaxis: a molecular view of of head and neck squamous cell carcinoma. Vogelstein B, Papadopoulos N, Velculescu factor receptor: from development to tu dx. The tumour is a cancer initiation, progression, complex organized tissue formed dissemination, co-morbidities, Cancer cells initially maintain altered by both the transformed clonal cells and response to therapy. The genetic and often originates in chronically acteristics of their tissue of origin, epigenetic evolution of successful infamed tissue, due to infections representing almost a caricature of malignant cells is dependent on their or other causes. The organism does not ignore ftness to the microenvironment, re infammation contributes to pro the growing tumour but reacts to it sulting in optimal access to nutri gression and dissemination. The Cancer incidence is reduced by similarly to the response evoked by microenvironment of most tumours eliminating the causes of infam tissue damage and, as in wound re is infltrated by innate and adaptive mation or by prolonged use of pair, by establishing a symbiotic rela immune infammatory cells that infu non-steroidal anti-infammatory tionship that favours tumour growth ence the survival and adaptation of drugs. Histological evidence immunity likely have an instrumental bacterial, viral, or parasitic infec of a brisk immune response is role in cancer initiation, progression, tions has been associated with the correlated with more favourable and dissemination and are also re etiopathogenesis of about one ffth prognosis. Tumour-specific immune response (blue) generally has an anti-tumour effect, which should be evaded or redirected for the tumour to progress. Cancer resulting or with therapeutic vaccine to treat produce and respond to infammatory from infection can be prevented by established cancers. Activation of onco or by antibiotic treatment in the case cally infamed tissues injured by genes such as Ras, Myc, Ret, and of H. In the absence of pathogens, tocrine feedback loop, while simulta duction in the prevalence of H. Once the tumour in malignant cells suggest the pos Infltrating infammatory and im is established, cancer-induced sibility of targeting infection-driven mune haematopoietic cells charac infammation, revealed by tumour 254 Fig. Gastric corpus with chronic (lymphoplasmacellular) and active (neutrophilic) Anti-tumour immunity and inflammation, due to Helicobacter pylori infection. Meta-analysis factor kappa-light-chain-enhancer of may be either pro or anti-tumour. Non-steroidal ing their physiological roles may be been considered a positive prognos anti-infammatory drugs inhibit the diffcult. These results of the molecular pathways that 1 (Th1) effector T cells negatively suggest a novel regulatory role for regulate these populations will lead regulates postnatal mammary gland the adaptive immune system in nor to identifcation of pathways and development. Tumour-associated mac Reference senting cells in vivo in mice and ex rophages and antigen-presenting Egeblad M et al. Immunodefcient mice Th1, and by an immunosuppres initial and advanced stages of the have increased infections and mi sive tumour microenvironment.