Levels of attendance at formal services for children under 3 and over 3 years are above the average for the countries included in this review. Changes in policy since April 2012 (including proposals currently under discussion) In the present context of severe economic recession and public funding cutbacks in Spain, additional support to parents taking leave provided by regional governments (Autonomous Communities) have been reduced or else income ceilings have been increased (see 1c and 1e). In Catalonia the innovative measures introduced for public sector employees since 2002 have been reduced in 2012 (Catalan Law 5/2012 20 with fiscal measures to reduce public expenditure). The most important is the removal of the fully paid reduction of working time for one year at the end of Maternity or Paternity leave; this measure had had equal and very high take-up rates amongst male and female public employees, who could choose between extending Maternity or Paternity leave 16 weeks or reducing working time by a third until the child was approximately 17 months old. In order to compensate for the loss of the former option, public employees can use this latter measure during the first year, converting it as full-time leave to extend in practice their Maternity or Paternity leave the 2007 proposal to increase Paternity leave from two to four weeks in 2011 has been postponed once again. Coverage is the same as the previous year, remaining stable after a long period of continuous increase (from 31 per cent in 1995) due to growing maternal employment and better coverage of atypical employment situations due to regulatory reforms. It is worth highlighting that in the context of crisis and very high general unemployment, maternal employment does not appear to be diminishing. In 2012, an average of 5, 149 women per month were on leave because of risk during pregnancy, with an average duration of 100 days: 0. Roughly the same tendency, though with much lower figures, can be observed with leave during breastfeeding because of risk since it was introduced in 2007: the number of women on leave increased from 85 per month in 2008 to 132 in the first 259 months of 2012, but decreased afterwards to a mean value for 2012 of 76, while the number of days in leave decreased from 132 to 121. Paternity leave Most fathers are eligible for Paternity leave according to the Labour Force Survey data. While payment for fathers taking Paternity leave was made only by employers, there was no information on take-up rates. Yet in 2011 the absolute number of fathers who took Paternity leave decreased by 8. Those who were working when they fathered a child and did not take it are mostly men who work without contract or are self-employed. The high difference among both take-up rates can be attributed to the high proportion of unemployment among young people (the proportion of unemployed men aged 30 to 34 years increased from 9. Parental leave In 2011, 34, 128 people started some period of Parental leave (2 per cent less than in 2010). Between 1995 and 2005, it has been estimated that 96 per cent of users have been mothers, with a median duration of 184 days, and 4 per cent fathers with a median duration of 172 days; 36 per cent of fathers and 26 per cent of mothers used this unpaid Parental leave for less than three months. Eleven per cent of user mothers and 25 per cent of user fathers did not return to the same company, which means that in these cases the use of 176 Parental leave was connected to a change of employment. In most cases leave was taken for the first child (69 per cent); and women mostly took it just after Maternity leave (64 per cent) for a maximum of one year (85 per cent), and most commonly for six months or less (46 per cent), i.

During the previous 5 years, his personality had dramatically changed and he had caused much embarrassment to his family because of his intrusive and inappropriate behavior. A 24-year-old previously healthy man is brought to the emergency room after he began yelling that people on the bus were out to hurt him. He is unable to give much history other than to say that he is a graduate student and nothing like this has ever happened before. Her blood pressure is 75/50, her heart rate is 52 beats per minute, her potassium is 2. She eats only very small amounts of low-calorie food, and she runs 2 to 3 hours every day. During the following 3 weeks, she develops a persistent headache, is increasingly distractible and forgetful, and becomes fearful and disoriented at night. A 43-year-old man is admitted to the neurology service after he went blind suddenly on the morning of admission. A 76-year-old woman was admitted to the hospital after she was found lying on the floor of her bedroom by her daughter. A 24-year-old man smells burnt rubber, then turns his head and upper body to the right, makes chewing movements, and fumbles with his clothes. A 55-year-old man comes to the physician with the chief complaint of daytime drowsiness. A 28-year-old woman is a patient of the internal medicine service, being treated for diabetic ketoacidosis. A 24-year-old woman is hospitalized after a suicide gesture during which she superficially slashed both her wrists. At the team meeting 3 days later, the male resident argues that the patient has been doing quite well, seems to be responding to therapy, and should be allowed to leave on a pass. The nursing staff angrily argues that the resident is showing favoritism to the patient, and because of her poor compliance with the unit rules, she should not be allowed out. 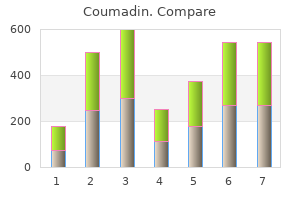 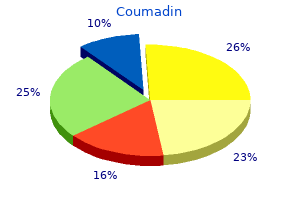 Our study design demonstrates an association but does not allow us to conclude that marijuana use leads to other substance use among this sample of women with a history of polysubstance use. Data from a survey of 3207 women who participated in the Colorado Pregnancy Risk Assessment Monitoring System in 2014-5. They also discovered that prenatal marijuana use was associated with a 50% increased chance of low birth weight, regardless of tobacco use. Between 2002 and 2014, cannabis use in pregnancy has increased 62% while potency has increased 6 or 7 fold since the 1970s. Delta-9 tetrahydrocannabinol was detected at low concentrations at all the time points beyond time zero. The long-term neurobehavioral effect of exposure to delta-9-tetrahydrocannabinol on the developing brain is unclear. Abstract: this was a statewide cross-sectional study in which advice about cannabis product use was requested using a mystery caller approach. Dispensaries were randomly selected from the Colorado Department of Revenue Enforcement Division website. The primary outcome was the proportion of marijuana dispensaries that recommended a cannabis product for use during pregnancy. Secondary outcomes included the proportion endorsing cannabis use as safe during pregnancy, specific product recommendations, and encouraging discussion with a health care provider. Recommendations were compared by licensure type (medical, retail, or both) Of the 400 dispensaries contacted, 37% were licensed for medical sale (n=148), 28% for retail (n=111), and 35% for both (n=141). Recommendations for use were similar for dispensary location (urban 71% vs nonurban 63%, P=. The majority (65%) based their recommendation for use in pregnancy on personal opinion and 36% stated cannabis use is safe in pregnancy. Nearly 70% of Colorado cannabis dispensaries contacted recommended cannabis products to treat nausea in the first trimester. Few dispensaries encouraged discussion with a health care provider without prompting. Eiden found that infants who had been exposed to both tobacco and marijuana, especially into the third trimester, were smaller in length, weight and head size, and were more likely to be born earlier, compared to babies who were not exposed to anything. They also were more likely to be smaller in length and weight compared to babies exposed only to tobacco in the third trimester. Thus, there was an indirect association between co-exposure to tobacco and marijuana and infant behavior via poor growth at delivery. Therefore, due to the co-exposure, they were more likely to give birth to infants smaller in size and who were more irritable and easily frustrated.