The st sedative side effects of the 1 generation H1-antagonists are due to their affinity for central H1 receptors and their liposolubility which enables them to cross the blood-brain barrier. The st anticholinergic and other adverse side effects arise from the 1 generation H1-antagonists affinity for muscarinic anticholinergic, "-adrenergic, and serotonin receptors. Their availability provides allergy patients the choice of new drugs which have little or no side effects st such as the sedation and psychomotor impairment often found with the 1 generation drugs. Also, the newer drugs have little or no affinity for muscarinic cholinergic, "-adrenergic, and serotonin st receptors. Of note, in the 2 generation drugs, there appears to some difference in potential side effects associated with the piperidine class. Prior reviews of the experimental studies which have examined the effects of H1-antagonists on performance measures from laboratory tests, nd driving simulators and on-road driving generally have concluded that the 2 generation drugs do pose little or no risk to safe driving. He noted, however, that these drugs were seldom identified as causative factors in traffic crashes, possibly due to inadequate nd reporting. More recent reviews have included those by Rombaut & Hindmarch (1994), Hindmarch (1995), and Adelsberg (1997). Nonetheless, most nd reviewers also noted that the findings for cetirizine, a 2 generation drug, were rather mixed, with some reports of sedation and performance impairment on laboratory tasks as well as on actual driving. The prior reviews also emphasized the difficulty in evaluating the safety profiles of a given drug since the doses, tasks and measures across the studies varied widely. Thus, the present review was undertaken to provide a current st nd status of the experimental evidence for impairment of driving-related skills by 1 versus 2 nd generation H1-antagonists. Importantly, many more studies of the 2 generation drugs have been published during this time. Hopefully, these newer studies have employed refined methods and more sensitive measures to detect drug-induced sedation and impairment. Also of note, Simons (1994) review included approximately 50 controlled studies which compared drugs from the two generations in a single design. However, there are many more studies of the H1-antagonists if one also considers experiments which only examined drugs from one st generation or the other. For example, the 1 generation H1-antagonists often are included as a positive control drug in studies of various drugs other than the antihistamines. Also, some study st nd designs test only a single drug, from the 1 or 2 generation, against a placebo control. The purpose of the current review is to summarize and evaluate the results of experimental st nd studies measuring the effects of 1 and/or 2 generation H1-antagonists on behavioral and cognitive performance skills relevant for driving. Measures of subjective sedation also are evaluated but only if they were part of a study primarily investigating behavioral or cognitive effects. That is, this review did not include clinical trials which were limited only to reported 5 adverse effects or subjective ratings. 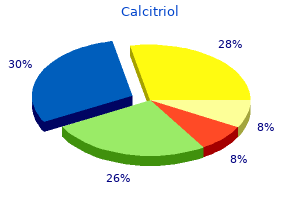 Thus, the sensations of experienced pilots are probably shaped by their active control functions and may 3-28 Vestibular Function be a little different than would be deduced from passive stimulation in laboratory devices. This would account for several indications that experienced pilots are much more disturbed by fixed base flight simulators (Reason & Brand, 1975) with moving visual scenes than is the novice. The likelihood that the pilots active control of his aircraft reflexively shapes his perceptual experience also has implications for the importance of maintaining flying practice. Somotogravic and Oculogravic Illusions the somotogravic and oculogravic illusions are sometimes referred to as the otolithic counter parts of the somatogyral and oculogyral illusions. They are apt to occur when the head and body are in a force field which is not in alignment with gravity, a condition that occurs frequently dur ing flight and which is usually studied in the laboratory by means of a centrifuge. Although otolith stimulation plays a role in the effects of such stimuli, certainly other somatosensory recep tors are also involved. Individuals without vestibular function experience these illusions, although their perceptions differ somewhat from those of individuals with vestibular function (Graybiel & Clark, 1965). The perception of feeling upright during a coordinated bank and turn (Figure 3-7) or its con verse of feeling tilted when the resultant force field is not aligned with gravity, has been referred to as the somotogravic illusion (Benson & Burchard, 1973). For situations in which an observer views a line of light and either estimates its apparent tilt or attempts to adjust it to ap parent vertical, the perceptual error has been called the oculogravic illusion (Graybiel, 1952). However, the important point for the aviator is that accelerations in flight can yield a resultant force vector which may be perceived as upright, even though it is substantially tilted relative to gravity. Even in a diving turn, the resultant force can give the illusion of approximately level flight. Concentrating on maintaining positive relative to another aircraft, the pilot may feel approx imately straight and level while in rapid descent. Even on a clear day over water, the horizon may not be immediately locatable, without immediate clear visual reference. While the direction of the resultant force vector provides a fairly close approximation of the subjective vertical in steady state conditions. One such departure results from conditions of dynamic (changing over time) linear and angular accelerations, as explained in the previous discussion of the coding of vestibular messages. Naval Flight Surgeons Manual observer, the resultant linear acceleration vector rotates in the pitch plane of the head and body. The otolith stimulation is as though the head and body had rotated backward relative to gravity, but, because the head is fixed in an upright position, there is no angular acceleration to stimulate the vertical semicircular canals. Under these circumstances, the immediate perceived change in orientation is usually less than that which would be calculated from the immediate stimulus to the otolith (Guedry, 1974, p. 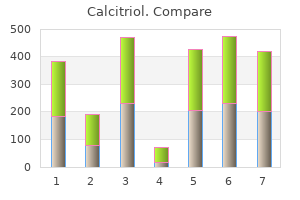