Mice are an alternative to cell cultures and should be 2-7 days of age and of selected inbred strains. Some field viruses may require several passages before they become adapted to mice (13). Controls in each test include homologous antisera of known titres, a cell control, a medium control and a virus titration. A cell suspension is then added to each well to test for the presence of unneutralised virus. In the tests described here, an end-point titre of 1:11 or less is taken as negative. In screening tests, sera are usually tested up to a final dilution of 1:32 initially. Animals giving doubtful results may be re-tested, a second serum sample being Foot and mouth disease (Al) 7 requested. A titre equal to or more than 1:16 in the second sample (in the absence of a history of vaccination) is positive. Humoral neutralising antibodies can generally be detected within 4 to 5 days after infection and reach high titres (1:250) within three weeks. An equal volume of a constant dose of homologous viral antigen is added to each well and the mixtures are left overnight at 4?C. After washing, guinea pig antiserum homologous to the viral antigen is added to each well. Finally, rabbit anti-guinea pig immunoglobulin, conjugated to enzyme, followed by enzyme substrate, is added to each well. For each antigen used, there are 48 wells containing antigen in diluent but no serum; a duplicate, 2-fold dilution series of homologous bovine reference antiserum; and a duplicate 2-fold dilution series of negative bovine serum. When the virus has reached its maximum titre, which is variously determined by infectivity, complement fixation or other serological tests, the culture is filtered, often with centrifugation, and virus subsequently inactivated by addition of ethyleneimine (often called binary etbyleneimine). This is carried out over a 24to 48-hour period at a temperature of 20 to 37?C and is a crucial step with respect to satisfying regulatory authorities of the lack of infectivity of the final vaccine. The3 adsorption which occurs facilitates concentration of the virus by removal of virusfree supernatant fluids. A second adjuvant, saponin, is added at this stage as well as a small volume of chloroform to act as a preservative. On revival, they are expanded in nutrient medium to a volume and cell density appropriate to seeding the main culture. Seed viruses may be stored at -20?C if glycerinated or lower temperatures if not glycerinated. Only saponin derived from the South American tree, Quillaja saponaria mollina, should be used and its suitabihty for vaccine preparations assessed by vaccine potency and toxicity trials in guinea pigs. Cattle serum is used in the cell maintenance medium and must be free of extraneous microorganisms, including a number Foot and mouth disease (Al) 9 of viruses of cattle, notably bovine virus diarrhoea. The quality of the serum is also important with respect to cell viability and production and should be screened accordingly. 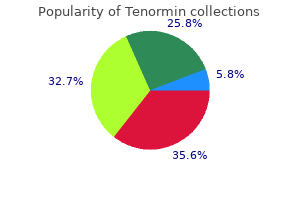 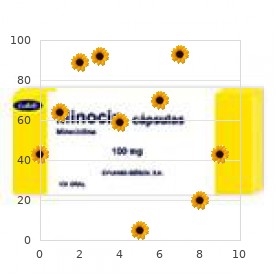 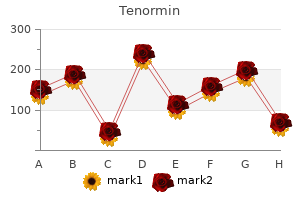 The incubation period varies with the virulence of the strain, dose and route of introduction but ranges from 1-4 days with most cases exhibiting symptoms in 3-5 days. Occasional cases were linked to work with naturally or experimentally infected animals or their ectoparasites. Natural Modes of Infection Tick bites, handling or ingesting infectious animal tissues or fuids, ingestion of contaminated water or food and inhalation of infective aerosols are the primary transmission modes in nature. Occasionally, infections have occurred from bites or scratches by carnivores with contaminated mouthparts or claws. Direct contact of skin or mucous membranes with infectious materials, accidental parenteral inoculation, ingestion, and exposure to aerosols and infectious droplets has resulted in infection. Infection has been more commonly associated with cultures than with clinical materials and infected animals. Laboratory personnel should be informed of the possibility of tularemia as a differential diagnosis when samples are submitted for diagnostic tests. Helicobacter species Helicobacters are spiral or curved gram-negative rods isolated from gastrointestinal and hepatobiliary tracts of mammals and birds. There are currently 20 recognized species, including at least nine isolated from humans. Since its discovery in 1982, Helicobacter pylori has received increasing attention as an agent of gastritis. Natural Modes of Infection Chronic gastritis and duodenal ulcers are associated with H. Transmission, while incompletely understood, is thought to be by the fecal-oral or oral-oral route. Legionella pneumophila and other Legionella-like Agents Legionella are small, faintly staining gram-negative bacteria. They are obligately aerobic, slow-growing, nonfermentative organisms that have a unique requirement for L-cysteine and iron salts for in vitro growth. There are currently 48 known Legionella species, 20 of which have been associated with human disease. Natural Modes of Infection Legionella is commonly found in environmental sources, typically in man-made warm water systems. The mode of transmission from these reservoirs is aerosolization, aspiration or direct inoculation into the airway. The spectrum of illness caused by Legionella species ranges from a mild, self-limited fu-like illness (Pontiac fever) to a disseminated and often fatal disease characterized by pneumonia and respiratory failure (Legionnaires disease). Although rare, Legionella has been implicated in cases of sinusitis, cellulitis, pericarditis, and endocarditis. Surgery, especially involving transplantation, has been implicated as a risk factor for nosocomial transmission. Laboratory Safety and Containment Recommendations the agent may be present in respiratory tract specimens (sputum, pleural fuid, bronchoscopy specimens, lung tissue), and in extrapulmonary sites. A potential hazard may exist for generation of aerosols containing high concentrations of the agent. 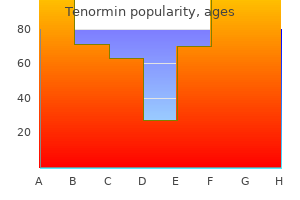 Take the following corrective action to regain control over the operation after a critical limit deviation: What Will Be Monitored? This check can be accomplished limits have been met consistently, may by: be performed by any person who has an Immersing the sensor in an ice slurry understanding of the nature of the controls. Note that allowance for routine may be appropriate if they are recommended refrigeration defrost cycles may be by the instrument manufacturer and the necessary. Also note that you may history of use of the instrument in your choose to set a critical limit that specifes facility has shown that the instrument a time and temperature of exposure to consistently remains accurate for a longer temperatures above 40?F (4. The continuously surrounded by ice device should be checked to ensure that it throughout the storage time. In addition to checking that transportation records that show that the device is accurate by one of the methods the product was held at or below 40?F described above, this process should include (4. Note that a visual examination of the sensor and any allowance for routine refrigeration attached wires for damage or kinks. Optimal calibration frequency is dependent There is an adequate quantity of cooling upon the type, condition, past performance, media that remain frozen to have and conditions of use of the device. Receiving records showing: product containers, unless there are Results of continuous temperature fewer than 12 product containers in a monitoring: lot, in which case measure all of the containers. Printouts, charts, or readings of temperature variability may require a from continuous temperaturelarger sample size. The number of containers examined Monitoring is performed by the device and the suffciency of ice for each; itself. In of fsh to ensure that the ice or is suffcient addition to checking that the device is to maintain product temperatures at 40?F accurate by one of the methods described (4. For suitability of use: also be designed to produce an alert Review performance data; indicator. The accuracy of over the operation after a critical limit deviation: the device can be checked by comparing. For suitability of use: the temperature reading on the device with Discontinue use of the supplier until the reading on a known accurate reference documentation of validation has been device. Printouts, charts, or readings from How Often Will Monitoring Be Done (Frequency)? Monitoring is performed by the device this check can be accomplished by: itself. The device should be checked to ensure that it How Often Will Monitoring Be Done (Frequency)? Optimal calibration frequency is dependent Take the following corrective action to a product upon the type, condition, past performance, involved in a critical limit deviation: and conditions of use of the device. The critical factors are those that are necessary to ensure that the fnished What Will Be Monitored? A record of procedure): the process establishment should be the adequacy of the pickling, brining, maintained; and formulation process steps should be established by a scientifc study. Note types B and F (established by a scientifc that the temperature should be adjusted study). 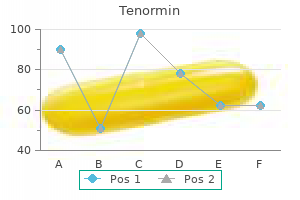 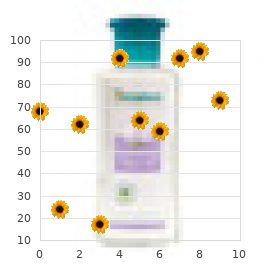 In January 2005, German authorities arrested suspected alQaeda member Ibrahim Muhammad K. Muhammad had allegedly approached an unspecified source 49 in Luxembourg to facilitate the transaction. Moroccan investigators reportedly uncovered a plot by al-Qaeda affiliate group Salafia Jihadia to attack a French nuclear power plant at Cap de la Hague, Normandy. One major obstacle to the acquisition of a ready-made device is political will; it is highly doubtful that any regime would transfer such a device to this terrorist network for fear of discovery and subsequent armed retribution by the United States. Reports regarding nuclear weapons development are mostly speculative and highly sensational, although there have been numerous reports of attempts to acquire uranium on multiple 51 occasions. All available reports suggest that al-Qaeda has yet to acquire the requisite amount of fissile material to construct a nuclear device. Equally important, it appears that the network lacks the technical capability to assemble a nuclear device*even if it were to obtain many of the needed materials. The group would need significant technical assistance from nuclear scientists in order to manufacture a nuclear weapon. Of particular concern is the allegation that a small number of Pakistani nuclear scientists have had contact with al-Qaeda over the past decade. Specific reports allege that two Pakistani scientists transferred nuclear weapon 52 information to Osama bin Laden in the mid-to late 1990s. Three days after the arrests, a seventh man was detained in connection with the case. British authorities reported that at least one of the suspects had trained in an al-Qaeda camp in Afghanistan, while the others may have participated in terrorist training exercises in Chechnya and the 54 Pankisi Gorge area of Georgia. The case quickly became world news after British authorities reported the discovery of castor beans, equipment to process the beans, and 55 traces of ricin in the apartment shared by the original six suspects. Subsequent reports indicated that the men implicated in the ricin plot did indeed maintain connections to the al-Qaeda network and that Osama bin Laden had been directing a number of terrorist cells throughout Europe that were intent on producing poison to be used in terrorist attacks. Despite these numerous allegations, the nature of the London ricin plot remained in question. On April 13, 2005, a London jury acquitted four of the suspects in the ricin case. Information presented in the trial led to the conclusion that there had been no traces of ricin discovered in the London apartment. While field equipment used by chemical experts did test positive for ricin, subsequent laboratory tests revealed that the reading had been a 56 false positive. Furthermore, it appeared that the five-page document of crude instructions on how to produce ricin, cyanide, and botulinum toxin had been copied from the Internet, as opposed to having been taken from a terrorist training camp in Afghanistan, as previously suspected. Subsequent investigations revealed that the lists of chemical instructions discovered in the London apartment were direct translations from an 57 Internet site maintained in Palo Alto, California.

Cheap tenormin 100 mg fast delivery. Blood Pressure: How High is Too High and How Do I Lower it Safely?.