Epidemiology 2000, the annual mortality rate per Iodine deficiency is thought to be involved Carcinoma of the thyroid gland is an 100,000 people was 0. Thyroid cancer causes because thyroid cancer incidence rates common malignancy of the endocrine sys some 26,000 deaths every year. Generally, thyroid cancer accounts for approximately 1% of total Etiology cancer cases in developed countries. An association between thyroid cancer There are about 122,000 new cases per and exposure to ionizing radiation was year worldwide. Many stud Incidence of this disease is particularly ies have documented the increased risk of high in Iceland and Hawaii, where the rate papillary or follicular thyroid carcinoma in is nearly twice that in North European individuals exposed to X and γ-rays [3]. In Hawaii, the the risk of radiation-induced cancer is incidence rate of thyroid cancer in all eth considerably greater in those exposed as nic groups is higher than in the same eth young children than as adults. Before the nic group living in their country of origin Chernobyl accident, epidemiological stud Fig. A marked increase in and is particularly high among Chinese ies appeared to indicate that radioactive the incidence of thyroid cancer in children has males and Filipino females. Thyroid iodines were much less carcinogenic than been observed in areas exposed to radioactive tumours are rare in children, less than one external X or γ irradiation. Thyroid cancer 257 Pathology and genetics Thyroid follicular cells give rise to both well-differentiated cancers and also to poorly differentiated and undifferentiated (anaplastic) cancers. Well differentiated cancers are further classified into papillary and follicular carcinomas and other rare types. Stromal and immune cells of the thyroid are responsible for sarcoma and lymphoma, respectively. Papillary carcinoma has a propensity to invade lymphatic spaces and leads to microscopic multifocal lesions in the gland and a high incidence of regional lymph node metastases. Thyroid parafollicular cells (C cells) give are high in mountainous areas, such as are the strongest risk factors with a rela rise to medullary carcinomas which usual the Alps, Andes, and Himalayas, where tive risk of approximately 3 and 30, ly produce calcitonin. The relationship Thyroid cancer commonly causes no obvi between iodine intake and risk of thyroid ous symptoms in its early stages. The vast cancer appears to be complex, since both majority of cancers become clinically evi deficiency and excess may inhibit the syn dent as thyroid nodules. However, only a thesis of thyroid hormones and cause minority of all thyroid nodules is malig goitre [5]. Many nodules are found in asympto carcinoma (papillary and follicular) may be matic patients on physical examination of linked to iodine-rich and iodine-deficient the neck. Other dietary fac rapid increase in size and/or pain in the tors, including cruciferous and goitrogenic region of the nodule. 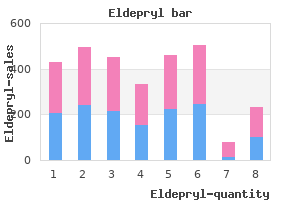 Brain tumor treatment may consist of the tumor with a grossly visible intact cuff of surrounding normal radiation alone or combined with surgery. Many other malignancies can safely be removed with 1–2 Stable disease:,30% reduction,,20% increase in tumor(s) cm margins. For example, fascial the Lymphoma Response Evaluation Criteria for dogs planes generally provide a good physical barrier to tumor growth, specifies the following response criteria: so that excision of an intact fascial plane below a tumor is an Complete response: Complete regression of all evidence of excellent way to optimize the chance of a complete excision. Subcutaneous fat is poorly resistant to tumor growth and should Partial response. As a general rule, marginal excisions should be avoided Post-Radiation Therapy Monitoring unless postoperative radiation therapy is being considered. Many patients have a good-to-excellent prognosis following initial All excised tumors should be submitted for histopathologic radiotherapy. However, it is imperative for these patients to have examination and margin analysis. The accuracy of margin periodic post-therapy examinations due to the possibility of analyses can be optimized by inking the excised specimen to recurrence, metastasis, new tumor development, or complications allow the pathologist to distinguish true surgical margins from of initial therapy. Upon completion of initial therapy, patients are artifactual margins created during tissue processing. Some tumors can be placed in the surface of the excised specimen to guide the take mo for the maximum treatment response to occur, so patience pathologist to areas of particular concern. Partial response or labs typically prepare only four or five slides from a given stabilization of the growth of the primary tumor, leaving residual specimen, a report of complete margins does not necessarily disease, may be the maximum post-therapy response seen. A report of incomplete margins means the resection was histologically incomplete in at Maintenance Chemotherapy least one location. While overall recurrence rates are consistently For many oncology cases, initial therapy is done to prolong survival greater for tumors with incomplete margins than for tumors even though it is not considered curative. Use of the latter two agents is justified by their anti angiogenic properties as well as their anti-proliferative effects. Management of Recurrent or Metastatic Disease the concepts that apply to maintenance chemotherapy are Follow-Up Care relevant to managing recurrent or metastatic disease. Pet owners Assessment of Response should be prepared for repeat imaging and staging prior to final Guidelines have been developed to avoid arbitrary decisions in treatment decisions. Responses must be viewed in needed at this critical juncture because of the guarded prognosis context with the original intent of therapy, whether it be cure or and likelihood that a return to normalcy may not be possible. The case study is not intended be prescriptive or to imply that the approach taken here is the only way to manage an osteosarcoma patient, nor is it intended to be used as a diagnostic tree.

Purchase 5 mg eldepryl with visa. Most Common Marijuana Withdrawal Symptoms (MAY SURPRISE YOU!).