For the purpose of pathologic discussion of heart diseases, they are categorised on the basis of anatomic region involved 3. The right coronary artery supplies the right atrium, the and the functional impairment. Accordingly, topics on heart remainder of the anterior surface of the right ventricle, the diseases are discussed in this chapter under the following headings: 1. It may be mentioned here that pattern of heart diseases in developing and developed countries is distinct due to difference in living standards. In children, valvular diseases are common all over the world, but in developing countries including India, infections, particularly rheumatic valvular disease, is the dominant cause compared to congenital etiology in affluent countries. On the other hand, ischaemic heart disease and hypertensive cardiomyopathy are the Figure 16. Heart failure is defined as the pathophysiologic state in which Acute heart failure. Sudden and rapid development of heart impaired cardiac function is unable to maintain an adequate failure occurs in the following conditions: circulation for the metabolic needs of the tissues of the body. In acute heart failure, there is sudden reduction in cardiac Etiology output resulting in systemic hypotension but oedema does not occur. Instead, a state of cardiogenic shock and cerebral Heart failure may be caused by one of the following factors, hypoxia develops. The most common and slowly as observed in the following states: most important cause of heart failure is weakening of the i) Myocardial ischaemia from atherosclerotic coronary ventricular muscle due to disease so that the heart fails to artery disease act as an efficient pump. The various diseases which may ii) Multivalvular heart disease culminate in pump failure by this mechanisms are as under: iii) Systemic arterial hypertension i) Ischaemic heart disease iv) Chronic lung diseases resulting in hypoxia and pulmo ii) Myocarditis nary arterial hypertension iii) Cardiomyopathies v) Progression of acute into chronic failure. This often results in well-maintained arterial pressure Increased mechanical load on the heart results in increased and there is accumulation of oedema. Though heart as an organ eventually fails as a whole, but i) Increased pressure load may occur in the following functionally, the left and right heart act as independent units. It is initiated by stress to the left ii) Increased volume load occurs when a ventricle is heart. The major causes are as follows: required to eject more than normal volume of the blood i) Systemic hypertension resulting in cardiac failure. This is seen in the following ii) Mitral or aortic valve disease (stenosis) conditions: iii) Ischaemic heart disease a) Valvular insufficiency iv) Myocardial diseases. Heart failure may be acute or chronic, right-sided or left Right-sided heart failure. However, some conditions affect the right ventricle primarily, failure can be explained on the basis of mutually inter producing right-sided heart failure. According to this concept, either of ii) Cor pulmonale in which right heart failure occurs due to the ventricles fails to eject blood normally, resulting in rise intrinsic lung diseases (Chapter 17). According to this hypothesis, clinical v) Myocardial disease affecting right heart. The Ultimately, however, dilatation decreases the force of mechanism of clinical manifestations resulting from heart contraction and leads to residual volume in the cardiac 421 Figure 16.

In a compliant lung, a small change in pressure will generate a large change in volume. Alveolar dead space (ventilation without perfusion) and right-to-left shunt (perfusion without ventilation). Mainly through combination with hemoglobin, but a small amount of oxygen is dissolved in the blood. The dissolved portion contributes to the arterial partial pressure of oxygen (PaO). An important measure is P50, defined2 as the PaO2at which the hemoglobin is 50% saturated. An increase in P50 indicates a shift to the right of the standard curve, or decreased affinity of the hemoglobin for oxygen (Fig. What is the best way of estimating the severity of hypoxemia in patients receiving supplemental O2? What physical examination maneuvers can help distinguish among pneumonia, atelectasis, pleural effusion, and pneumothorax? Asthma can be further evaluated with spirometry, demonstrating bronchodilator reversibility. Asthma can present without wheeze, and wheezing can be seen in other conditions that mimic asthma. Initially, the uninvolved lung must be protected from aspiration of blood because blood can flood the airway and cause asphyxia and death. In some cases, selective bronchial intubation with use of endobronchial balloons to occlude the bleeding bronchus is needed. Tamponade of tracheoarterial fistulas in patients with tracheostomies can sometimes be achieved by overinflation of the cuff of an endotracheal tube and applying forward pressure to the tube to compress the innominate artery. Definitive management of massive hemoptysis includes angiographic bronchial artery embolization or surgical resection. What are the radiographic findings in the posteroanterior chest x-ray of different lobar atelectasis? What are the most common lesions found on chest x-ray in the right cardiophrenic angle? Characteristics of benign nodules include stability over time, presence of fat, and calcifications characterized as central, laminated, or popcorn-like. False-positive results are found in infectious and inflammatory lesions, including sarcoidosis and atypical mycobacterial infections. False-negative results may be observed in bronchioloalveolar carcinoma, well-differentiated malignancies, or carcinoid. The airflow limitation is usually associated with an inflammatory response of the lung to exposure to noxious substances or gases. 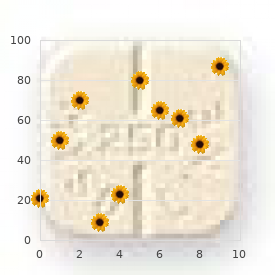 If erythroblasts comprise > 50% of the nucleated bone marrow cells, erythroleukemia (M6) is present. Akagi T, Ogawa S, Dugas M, et al: Frequent genomic abnormalities in acute myeloid leukemia/ myelodysplatic syndrome with normal karyotype, Haematologica 94:213?223, 2009. A few without maturation granules, Auer rods, or both; one or more distinct nucleoli; no further maturation. M2 Myeloblastic leukemia >50% of marrow cells are myeloblasts and with maturation promyelocytes. Myelocytes, metamyelocytes, and mature granulocytes are seen; eosinophilia may predominate in some cases. M3 Hypergranular Majority of cells are abnormal promyelocytes, promyelocytic reniform (kidney-shaped) nuclei, bundles of leukemia Auer rods; also some have closely packed bright pink or purple granules. M4 Myelomonocytic >20% of bone marrow, peripheral blood leukemia nucleated cells, or both are promonocytes and monocytes; an eosinophilic variant is also recognized. M7 Megakaryoblastic >30% of marrow cells are blasts; platelets peroxidase-positive on electron microscopy, or blasts react with antiplatelet monoclonal antibodies; marrow fibrosis is prominent; cytoplasmic budding is also a feature. Patients may require intensive support with platelets, fresh frozen plasma, and cryoprecipitate. The selection of initial antibiotic therapy must take into account the type, frequency of occurrence, and antibiotic susceptibility of the local hospital-acquired infections. Although patients with low-risk neutropenic infections can be managed with oral antibiotics, this requires vigilant observation and prompt access to appropriate medical care 24 hr/day, 7 days/wk. Patients with severe mucositis, fever > 40 C, or who have had quinolone prophylaxis should also be considered for initial treatment with vancomycin. If the patient remains febrile after 5 days of broad-spectrum antibiotics, antifungal agents should be added. What are the indications of removal of an indwelling cathether in patients with neutropenic fever? Evidence of a subcutaneous infection, septic emboli, hypotension associated with the cathether, or a nonfunctioning catheter. Prompt catheter removal should also be strongly considered if there is documented bacteremia with Bacillus spp. What test should be sent if a patient has hematologic toxicity out of proportion to the expected side effects? This enzyme catalyzes S-methylation of thiopurines (mercaptopurine and thioguanine). Ten percent of the population has one functioning and one nonfunctioning allele (intermediate activity), 1/300 will inherit two nonfunctioning alleles with no enzyme activity (which can lead to fatal toxicity). Hallek M, Cheson B, Catovsky D, et al: Guidelines for the diagnosis and treatment of chronic lymphocytic leukemia: A report from the International Workshop on Chronic Lymphocytic Leukemia updating the National Cancer Institute-Working Group 1996 guidelines, Blood 111: 5446?5456, 2008. The presence of a monoclonal B-cell population in numbers < 5000/mL with no other features of a lymphoproliferative disorder. 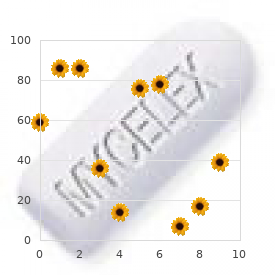 The number of cesarean sections that we do has been increasing year by year in nearly every country of the world. This, in my opinion, has been driven largely by a decreasing tolerance for taking risks with the baby, but has been made possible by increases in safety of the mother when cesarean delivery is used. Suture Closure of Subcutaneous Fat and Wound Disruption after Cesarean Delivery: A Meta-Analysis. A Systematic Review and a Meta-Analysis of Peritoneal Non-Closure and Adhesion Formation after Caesarean Section. The Misgav Ladach Method for Cesarean Section Compared to the Pfannenstiel Method. Subcutaneous Tissue Approximation in Relation to Wound Disruption After Cesarean Delivery in Obese Women. Effects of Maternal Obesity on Tissue Concentrations of Prophylactic Cefazolin During Cesarean Delivery. Introduction Severe hemorrhage and infection causing significant morbidity and mortality limited the use of cesarean section until the twentieth century, when important advances in aseptic, surgical, and anesthetic techniques improved the safety of this procedure for both woman and fetus [1-3]. The most common indications for cesarean delivery include dystocia, prior cesarean delivery, malpresentation, multiple gestation, fetal distress (nonreassuring fetal status), and maternal request [1-3]. Since late 70?s, a progressive increase in the cesarean delivery rates has been observed worldwide and several factors are associated with this finding: maternal, obstetric, fetal, medicolegal, and social factors are pivotal for this increment. Actually, cesarean delivery rates have increased to around 30% in the last decade [1-3]. Notably, cesarean delivery rates are likely to increase further as women are requesting an elective cesarean delivery even for their first baby. The selection of regional or general anesthesia for cesarean delivery depends on the experience of the anesthesiologist, past medical history of the patient, indications and urgency of the cesarean delivery, maternal status, and desires of the patient. Past medical, surgical, and obstetric history, presence or absence of labor, and available resources should also be considered by the anesthesiologist [4-6]. Considering these issues, the main aims of this chapter are to discuss the most important topics involved in anesthesia for cesarean delivery and the most recent scientific evidences regarding techniques and perioperative management of obstetric patients. We emphasize that this chapter is only a brief review 70 Cesarean Delivery focusing on main issues involved in anesthesia for cesarean delivery and more comprehensive reviews and recommendations are available elsewhere [4-6]. Considering this fact, the anesthesiologist ideally should evaluate every patient shortly after admission. The anesthesiologist should conduct a focused history and physical examination before providing anesthesia care. This should include, but should be not limited to, a maternal health and anesthetic history, a relevant obstetric history, a baseline blood pressure measurement, allergies, and performance of an airway, heart, and lung examination [7]. Ideally, for high-risk women, preanesthetic evaluation should occur in the late second or early third trimester. This practice offers the opportunity to provide women with information, solicit further consultations, optimize medical conditions, and discuss plans and preparations for the upcoming delivery, perhaps in a multidisciplinary basis [8,9]. In some cases, the urgency or emergency of the situation allows limited time for evaluation before induction of anesthesia.