Following integration, a plot of ln[B]0([A]0-x)/[A]0([B]0-x) versus t gives a straight line of slope k2([A]0-[B]0). If the initial concentrations of A and B are equal then the rate law becomes Eqn 2. Therefore in second-order reactions the half life is inversely proportional to the initial concentration of A, i. The units for second-order rate constants are 1 1 1 1 1 1 1 1 (concentration)(time). However, true second-order rate constants can be obtained by dividing by the concentration. Be aware that rate constants will be affected by the experimental conditions under which they are obtained so care should be taken when comparing them to each other. Rate constants are very useful to redox biochemists and can be used to compare the rates of different chemical reactions. For example both copper and iron can take part in the generation of hydroxyl free radicals, but which of these metals is more effective As presented by Halliwell and Gutteridge, if equal concentrations of hydrogen peroxide are mixed with equal concentrations of ferrous (Eqn 2. Thus it appears that copper is a much more effective pro-oxidant than iron under these conditions. Furthermore they reported that if the hepatic concentrations of hydrogen peroxide and ferrous iron were mixed then the number of hydroxyl free radicals 13 produced in one liter in one second would be in excess of 10 molecules! The reaction order can be determined by comparing the concentrations of reactants (or products) as a function of time using the integrated rate laws discussed above. The determination of reaction order can often be simplified by using the half-times method (this can be found in many physical biochemistry texts). Stopped flow procedures are usually used when reaction rates are too rapid for the normal biochemical procedures. In this approach solutions of reactants are housed in separate syringes connected to a quartz cell. The outlet of the cell is connected to a third syringe that can only be filled to a predetermined volume until its plunger is abruptly stopped from moving. At the start of the experiment the flow from the two reaction syringes is initiated and flow rate is controlled to prevent significant reaction from taking place within the cell. When the plunger of the third syringe reaches the end of its travel it stops suddenly. The reaction in the cell then proceeds to completion and the rate is determined from the change in absorbance. With pulse radiolysis the compound under investigation is placed in a cell and subjected to a short pulse of radiation forming radical species (see below). With the correct conditions a reaction can be followed for microseconds or longer. 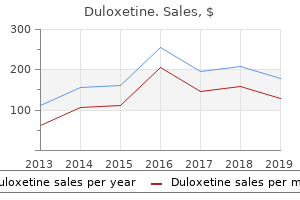 Thus the best choice is to use polymers or protective colloids to increase the viscosity and to provide a mechanical barrier by coating the individual particles. The significance of the zeta potential on the physical stability of a suspension is well-known (Sinko and Singh, 2011). Xanthan gum included in Suspension Diluent A, as itself, is an anionic material (Rowe et al. Viscosity increasing agents were used in all of the suspension vehicles in the present study to retard the settling of dispersed particles. Since the doses drawn from the bottle were similar and the standard deviation was small, the most likely explanation is that there had been cake formation in the suspension. The nifedipine-Hypromellose 1% suspension lost less than 30% of the dose in one-week storage and the doses were variable but this might be a consequence of the inadequate mixing (V, Table 10). Suspensions should always be shaken well before use to ensure uniform distribution of the solid in the vehicle (The United States Pharmacopeial Convention, 2008). Many dosing errors may occur because patients do not observe handling intructions (Deicke and Suverkrup, 2000). Pharmacopoeias require that suspensions should be redispersible but none of them provides specifications about how this can be verified experimentally. Thus, pharmacopoeial monographs on oral liquids should include a standardized procedure for testing the redispersibility of suspensions. Mixing techniques of suspensions are important if one wishes to obtain the required amount of liquid. In published stability studies, suspensions are usually mixed very well and properly to achieve a good sample: for example shaken for about ten to 30 seconds or vortexed for 60 seconds or shaken on a wrist-action shaker for 10 minutes, then allowed to stand for 2 minutes and gently inverted three times (Nahata and Morosco, 2003a, 2003b and 2004; Nahata, Morosco and Brady, 2006; Trissel, Zhang and Koontz, 2006; Winiarski et al. Proper mixing is important for homogenous samples but these tests do not reveal the possible mixing problems in daily life. Thus the results of these studies may not reflect the actual use of the suspension. Since the preparations were stable in the secondary package but unstable if not properly stored, it was necessary to label products clearly to prevent storage without secondary package. Nifedipine crystals are more stable than nifedipine solutions because the effect of light is a surface phenomenon (Thoma and Klimek, 1985b). On exposure to daylight in winter, 10% of nifedipine in solution was degraded in about 7 minutes and in summer 10% degradation only required about 1 minute (Thoma and Klimek, 1985a). The degradation of nifedipine in solutions occurs three-fold faster in normal daylight than under exposure to a 40 W light bulb (Thoma and Klimek, 1991a). Tuleu, Grange and Seurin (2005) found that crushed nifedipine tablet in an extemporaneous water suspension (1 mg/ml) started to degrade after 15 min of exposure to light, and 7% had degraded in 30 min and 11% had disappeared within 60 min when stored on the bench not protected from light. Nahata, Morosco and Willhite (2002) investigated the stability of nifedipine in two oral suspensions and found them to be stable for up to three months in refrigerator and at room temperature if they were stored in amber plastic bottles. 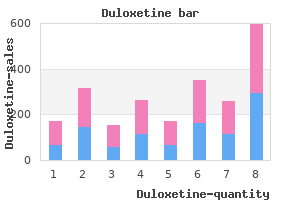 Over the last decade, several clinical scoring systems have evolved to assist the practi tioner in determining the need for imaging. If an alert, sober patient without any signi cant distracting injuries and a normal neurologi cal exam denies midline posterior cervical tenderness, then the probability of a cervi 213 I. Nutritional support is mandatory for trauma patients, who typically present hypermeta 13. The aim tality in trauma patients requiring intensive care: a meta-analysis of randomized con of nutritional support is to maintain lean body mass and prevent protein malnutrition. High protein enteral nutrition should be provided early to injured patients who are 14. Wound Care Diligent wound care is essential to prevent delayed complications, infections and dis ability. A multidisciplinary approach and early specialty consultation are necessary for optimal outcomes and rehabilitation. Negative pressure wound dressings are becoming increasingly popular as a means to promote wound healing and minimize infectious complications. Pain Management A multimodal approach to pain management is essential to optimally control pain in Questions the trauma patient, as well as, mitigate complications. Effective pain control promotes early mobilization, which in turn, protects against the development of atelectasis and 42. The next appropriate action be supplemented with anti-in ammatory agents, anti-epileptics, neuroaxial analgesia is: and targeted nerve blocks, when clinically feasible. Teasdale G, Jennett B: Assessment of coma and impaired consciousness: a practical 42. Scand J Trauma Resusc Emerg mumbles, and grabs her left shoulder with her right hand when vigorously pinched is: Med 2013; 21:29 A. The respiratory therapist suctions her endotracheal tube major burn injury are not well de#ned. Many patients require repeated surgeries after initial treatment to optimize function and cosmetic appearance. Estimation of the burn size, depth, mechanism and area of involvement is important in differentiating triage to a burn center, calculating uid requirements and determining prognosis. Initial evaluation follows the American College of Surgeons Advanced Trauma Life Support algorithm. Burn injuries can be distracting and it is important to ensure that a full exam is performed. Generally, super cial burns heal with minimal scarring and deep involvement is best treated with excision and skin grafting. Circumferential deep burns of the extremities and trunk result in a burn eschar that can cause compartment syndromes and impaired chest wall excursion. Each has relative strengths and limita Chemical injury to the more proximal airways occurs through exposure to toxic gaseous Table 43. 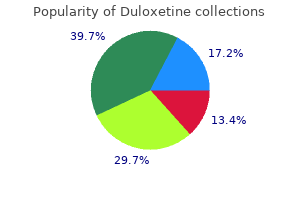 Buy duloxetine without a prescription

Pulmonary atresia, cardiosplenic syndromes and other major cardiac defects commonly associated. Extremely variable, depending on the cardiac anatomy and associated cardiac and extracardiac lesions. In addition, the pulmonary outflow or (much less frequently) the aortic outflow may be obstructed, due to pulmonary stenosis or atresia or due to aortic coarctation. It should be noted that, as for all conotruncal anomalies, the four-chamber view is unremarkable. However, it should be underlined that in the case of moderate pulmonary outfow tract Risk of nonchromosomal syndromes. In addition, a thorough search for associated car of the great vessels is of the utmost importance, since it diac and extracardiac anomalies should be performed. The delivery should be organized in a pregnancy: in the third trimester, the degree of pulmo tertiary referral center, so that the neonate can be trans nary outfow obstruction can worsen signifcantly, and, ferred to a pediatric cardiology unit for confirmation of at the same time, ventricular hypoplasia can develop, the diagnosis and adequate management. There is a other major cardiac lesions are associated, which is high risk of association with extracardiac (mainly not infrequent. Prognosis depends on the association with extracardiac anomalies and on unfavorable cardiac anatomy, if present. The truncal and the two pulmonary branches arise from the valve is often dysplastic, and it may be regurgitant or posterior aspect of the truncus but close to each stenotic (Figure 5. Note how the truncus is prevalently connected to the right ventricle due to the straddling. Three-dimensional B-fow imaging is of help in the differential diagnosis of truncal type. Fetal approach, the two pulmonary branches depart at different dis karyotyping is warranted because of the high risk of tances from the truncal valve. In recent series, the overall operative somal anomalies and of unfavorable cardiac anatomy mortality rate is as low as 5%, if no severe truncal valve. Sweeping further cephalad from this view, an atretic pulmonary artery can be detected with diffculty.