Sympathotonic orthostatic intolerance Inability to tolerate standing up that is associated with excessive activity of the sympathetic nervous system. Symptom A complaint about something abnormal a person notices that provides subjective evidence of a disease. In syncope the sudden loss of consciousness is associated with loss of muscle tone and the regaining of consciousness within seconds to minutes. Synucleinopathies A family of diseases characterized by deposition of the protein, alpha-synuclein, in the cytoplasm of affected cells. Takotsubo cardiopathy A form of stress-related acute heart failure that is most common in post-menopausal women and probably due to high catecholamine levels. Tardive dyskinesia A complication of dopamine receptor antagonists that involves involuntary movements of the jaw or tongue. Teleology is a reason or explanation for something in terms of its purpose or goal. Thoracolumbar spinal cord the mid-portion of the spinal cord from which sympathetic nerves emerge. Tilt table testing A test where the patient is tilted on a platform, to assess the ability of the patient to tolerate and respond appropriately to standing up. Tomography (or tomographic scan) A type of scan where a part of the body is visualized in slices. Total peripheral vascular resistance Synonymous with total peripheral resistance, the total amount of resistance to blood flow in the body. Trimethaphan infusion test A test where trimethaphan is given by vein, to assess the effects on blood pressure. Tryptase An enzyme found in granules of mast cells that has been used as a marker for mast cell activation. Uptake-2 Uptake of norepinephrine and related chemicals by way of a transporter on non-neuronal cells such as myocardial cells. Vagal parasympathetic outflow Traffic in the vagus nerve, a main nerve of the parasympathetic nervous system. Vagusstoff A term used by Otto Loewi referring to the chemical messenger released from the stimulated vagus nerve. Loewi identified the Vagusstoff as acetylcholine, and for this discovery he received a Nobel Prize. Valsalva maneuver A maneuver where a person blows againsta resistance or strains against a clossed glottis, resulting in an increase in pressure in the chest and a decrease in the 741 Principles of Autonomic Medicine v. Vasodepressor syncope Same as Autonomically Mediated Syncope, Reflex Syncope, Neurocardiogenic syncope, and Neurally Mediated Syncope.

Combination treatment with an alpha-blocker plus an anticholinergic for bladder outlet obstruction: a prospective, randomized, controlled study. Fistulas of the lower urinary tract: percutaneous approaches for the management of a difficult clinical entity. Gamma-aminobutyric acid as a promoting factor of cancer metastasis; induction of matrix metalloproteinase production is potentially its underlying mechanism. Photoselective vaporization of the prostate: the basel experience after 108 procedures. Development of a multiregional United States Spanish version of the international prostate symptom score and the benign prostatic hyperplasia impact index. Coping with bladder exstrophy: diverse results from early attempts at functional urinary tract surgery. Results of a questionnaire evaluating the effects of different methods of toilet training on achieving bladder control. Discontinuation of alpha-blockade after initial treatment with finasteride and doxazosin for bladder outlet obstruction. Discontinuation of alpha-blockade after initial treatment with finasteride and doxazosin in men with lower urinary tract symptoms and clinical evidence of benign prostatic hyperplasia. Determination of transition zone volume by transrectal ultrasound in patients with clinically benign prostatic hyperplasia: agreement with enucleated prostate adenoma weight. Heritability of prostate-specific antigen and relationship with zonal prostate volumes in aging twins. Incidence of hypertension in individuals with different blood pressure salt-sensitivity: results of a 15-year follow-up study. A system for studying epithelial-stromal interactions reveals distinct inductive abilities of stromal cells from benign prostatic hyperplasia and prostate cancer. Treatment of lower urinary tract symptoms suggestive of benign prostatic hyperplasia: the cardiovascular system. Binding of mepartricin to sex hormones, a key factor of its activity on benign prostatic hyperplasia. Urinary retention after bilateral extravesical ureteral reimplantation: does dissection distal to the ureteral orifice have a role. Comparative analysis of the frequency of lower urinary tract dysfunction among institutionalised and non institutionalised children. Filling and voiding symptoms in the American Urological Association symptom index: the value of their distinction in a Veterans Affairs randomized trial of medical therapy in men with a clinical diagnosis of benign prostatic hyperplasia. 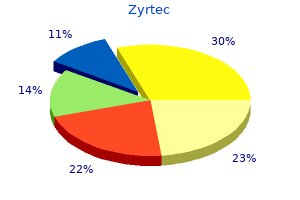 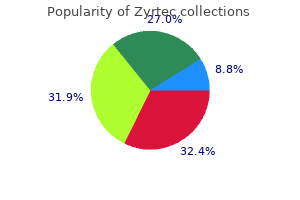