The newborn was recently discharged from the neonatal intensive care unit where she was hospitalized because of an open neural tube defect necessitating surgical closure and management. The mother is concerned about the risk for her and her husband to have another child with a neural tube defect. The recurrence risk in this situation for a future pregnancy with 1 sibling affected and neither parent affected is closest to 5%. If 2 siblings were affected, the recurrence risk would be higher, approaching 10% to 12% (Item C218). Neural tube defects are a major cause of stillbirth, early infantile deaths, and disability in surviving children. The frequency can vary based on socioeconomic factors, seasonality, maternal intake of antiepileptic medications, and the presence or absence of folate deficiency. Neural tube defects during a pregnancy are commonly detected by elevations of the maternal fetoprotein level or by prenatal ultrasonography. The inheritance in many cases does not follow a Mendelian pattern, as seen with a well-defined single-gene disorder. Familial clustering of a disorder that does not follow Mendelian inheritance patterns is likely a reflection of complex interactions between genetic and environmental factors known as multifactorial inheritance. These shared interactions could trigger, accelerate, reduce, or protect against a specific disease. Some examples of disorders that display multifactorial inheritance include cleft lip/palate, Alzheimer disease, infantile pyloric stenosis, congenital dislocation of the hip, congenital heart disease, diabetes, and mental health disorders. Twenty-five percent would be correct if the condition was an autosomal recessive disorder, such as sickle cell disease or cystic fibrosis. Fifty percent would be correct if the condition was an autosomal dominant condition, such as Marfan syndrome or neurofibromatosis type 1. Thirty-three percent is a much greater percentage than would be seen in a multifactorial disorder with only 1 affected first-degree relative. Common examples include cleft lip/palate, neural tube defect, Alzheimer disease, congenital hip dysplasia, and diabetes. He has a complex medical history of myocarditis as an infant with subsequent heart transplantation months later. Remarkable findings include: an echocardiogram with normal biventricular function, normal function of all 4 valves, and no pericardial effusion; an electrocardiogram with normal sinus rhythm; and a metabolic panel with a blood urea nitrogen level of 20 mg/dL (7. 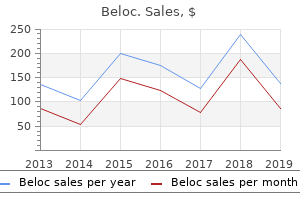 Obviously the frst thing you do these days when you have received a diagnosis is to Google it. At frst I tortured myself, going over and over the thought that if I had just stopped sleeping on my front after the testicle twist, this would not have happened. Most of the writing on genital lymphoedema management is around undergarments that help prevent the build-up of fuid through gravity. I fnd any garment that keeps my scrotum nearer my body extremely uncomfortable, largely due to heat, sweatiness and itchiness. Some of the other hurdles that have befallen me include the thankfully rare bouts of infection which strike. I have changed jobs since, which has reduced my need to travel, and the infections have been limited to four at the most. Thankfully, I was married at the time of contracting this condition and have a wonderful, fully supportive wife. Thankfully, our child was born healthy so those initial concerns have been overcome and we are now trying for number two. The biggest impact here has been the inability to have sponta neous sex, as I need to squeeze the fuid away beforehand otherwise the experience is uncomfortable for us both. This has not had such a big impact as it may have done prior to children but it does mean that there has to be some planning, which is not ideal. I suppose I can admit this when speaking anonymously, but I was always quite pleased with my penis. I have female friends that complain of the inherent ugliness of the male member but I always felt that mine was okay in that department in terms of size, straightness etc. That has obviously now been lost and at some point, as my new-found treatment continues, it looks like surgery will be required to help some of the issues outlined above. 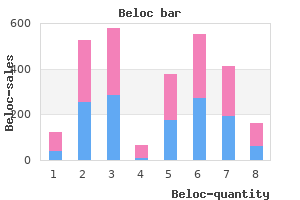 The Thz7 modification (Z = S) was found to be neutral in this series as analogues 12 and 13 had very similar pharmacological profiles. The isopropyl compound 19 (R3 = iPr, R4 = H) was the least potent V R agonist in this subset. The Thz7 modification was 2 advantageous as exemplified by a 3-fold increase in potency for peptide 24 (Z = S) vs. Design, Synthesis and Peptide Library the cyclization approach by disulphide bond, and lactam on melanocortins led to interesting results. Previously, our research group has developed melanocortin peptide analogues in which 2-fluoro-5-nitro benzoic acid was used for the macrocyclization reaction, side chain to tail cyclization (Figure 1) [2]. Furthermore, we investigated the role of the ring dimension on the biological activity by the replacement of Asp residue with Glu turning from 19-membered macrocyclic ring to 20-membered ring (Table 1). Results and Discussion In this study we prepared a number of cyclic melanotropin analogues in which an, disubstituted amino acids was used for the macro cyclization reaction. These com pounds conserve the core sequence His-Phe-Arg-Trp which is respon sible for the biological activities. In conclusion, we have designed and synthesized new macrocyclic melanocortin ligands. In this study, we evaluated the role of ring dimension in binding activity, turning form 19 to 20 membered ring dimension. In fact, the preliminary biological data showed that the ring dimension could have a key role on biological activity also in these series of compounds. Due to their rigidity, such conformationally-constrained oligopeptides are often employed as spacers [2], or as simple models to study the stability and behavior of biologically-relevant helical structures [3]. Its homo-peptides were found to adopt a rather unusual helical conformation, the 2. Recently, we found that Deg homo-peptides are also able to switch their conformation between 2. In solution, the number, position, and relative intensities of the absorption bands in the two spectral regions are diagnostic of the presence of a fully-extended conformation [8,9]. The peptide changes its most populated conformation, assuming a mainly /310-helical structure (a strong absorption band for /3 helices is usually seen in the 1655-1670 cm-1 range). This conclusion stems from a decrease in the intensity of the band centered at about 1680 cm-1, attributed to the 2. Curves are normalized to the intensity at 1656 cm-1 for film, and at 1653 cm-1 for solution spectra. Aberrant regulation of Wnt signaling is linked to a variety of diseases, and compounds that interfere with Wnt/Fzd interactions are potentially useful for their diagnosis and therapeutics. The aim of the present work was to develop peptides that bind to Fzds, and are able to modulate Wnt/Fzd-signaling. 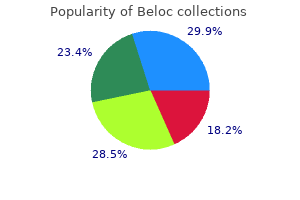 Such evidence fully justi es the warning to allow for a high intrinsic variability of dietary selenium content when estimating selenium requirements of popula tions for which the principal sources of this micronutrient are unknown. Indications that a suboptimal selenium status may have much wider sig ni cance in in uencing disease susceptibility must be pursued. Such studies must cover both the impact of selenium de ciency on protection against oxidative damage during tissue trauma and its genetic implication for viral virulence. We lack knowledge of the in uence of soil composition on the selenium content of cereals and animal tissues. Chinese experience with respect to the dramatic in uence of soil iron and low pH on selenium availability may well be relevant to extensive tracts of lateritic soils in Africa and elsewhere. There are grounds for the belief that factors in common for selenium and iodine may 210 10. The early detection of selenium toxicity (selenosis) is hindered by a lack of suitable biochemical indicators. Effective detection and control of selenosis in many developing countries awaits the development of improved speci c diagnostic techniques. The epidemiology of selenium de ciency in the etiological study of endemic diseases in China. Identi cation of a 57-kilodalton selenoprotein in human thy rocytes as thioredoxin reductase. Reactivity of phospholipid hydroperoxide glutathione per oxidase with membrane and lipoprotein lipid hydroperoxides. Proceedings of the Ninth International Symposium on Trace Elements in Man and Animals. Selenium and glutathione peroxidase levels in healthy infants and children in Austria and the in uence of nutrition regimens on these levels. Selenium intake of infants and young children, healthy chil dren and dietetically treated patients with phenylketonuria. Studies of selenium distribution in soil, grain, drinking water and human hair samples from the Keshan disease belt of Zhangjiakou district, Henei Province, China. Genomic structures of viral agents in relation to the synthesis of selenoproteins. Defective microbial activity in glutathione peroxi dase de cient neutrophils of selenium de cient rats. Enhancement of mammary tumorigenesis by dietary sele nium de ciency in rats with a high polyunsaturated fat intake. Loss of Canadian wheat imports lowers selenium intake and status of the Scottish population.