Carpal tunnel syndrome: a Observational: the results of our matched case control series of Case control study where groups appear matched retrospective analysis of 262 cases retrospective 1:1 woman pairs showed that washing clothes and for gender, age, and co-morbidities. No demographic workers were diagnosed as having clinical carpal comparisons are made and the number of subjects tunnel syndrome. Workers were movemement/30 seconds which is unrealistically divided into three groups: (1) low force, low slow and would not apply to most assembly line repetition, (2) high force or high repetition, and (3) conditions in Alberta. No higher than in the general population, but not significant causal relationship was demonstrated. Int J Occup Environ rates of manual occupations for epicondylitis and appropriate comparison group, analyzed causal Health 2001. It showed overrepresentation of some Analysis is hampered by the nonspecific data in the clerical occupations in subjects with pain comparison group, and co-morbidities were not syndromes or non-specific occupational overuse addressed. Selection bias from single practice syndrome in both populations, for which, within the referral and systematic bias from variable likelihood limitations of this study, there is no explanation. Scand J Work Environ blinded cohort employed at a slaughterhouse or chemical factory. Co-morbidities are controlled for and the group 35-49 years and among persons who had follow-up period was sufficient but the study is experienced earlier wrist trauma. Risk increases but only up to 6 years, increasing risk according to cumulative exposure possibly due to the Healthy Worker Effect. Applied Ergonomics sectional study in a pulp and paper mill, and working in the power alone. The use of multivariate significance, according to the case definition used analysis, when the number of variables studied in this study. However, abnormal median nerve exceeded the number of outcomes in one group, findings on electrodiagnostic tests were negatively and the exclusion of workers with wide ranges of associated with high decision latitude (p< 0. Findings: answers to research questions on causation of carpal tunnel syndrome Question 7. Five studies in the primary evidence base addressed the role of force, repetition, and/or force combined with repetition as risk factors for carpal tunnel syndrome. No research studies of palmar impacting activities, gripping activities, grasping activities, wrist posture, static load, local mechanical stresses, manual materials handling, pushing, pulling and carrying, grip type, impact loading, and unaccustomed activity, met the inclusion criteria. No research studies that addressed driving, sheet metal work, and the use of tin snips or pliers met our inclusion criteria. The study did not characterize or quantify the frequency or duration of the vibrations. The volume of the carpal tunnel may be reduced by abnormalities or fractures of the wrist bones, thickening of the anterior ligament, necrosis of the semilunar bone, and hand traumas or contusions.

Anita Sharma, Associate Professor has participated as Resource Person in a scientific session of 6th National Seminar on Ayurveda-Agad Tantra Global Diversified Toxicity in present Scenario organised at Barelly and delivered a keynote lecture on Medical Negligence in Ayurveda. Sharad Porte, Assistant Professor has participated as Resource Person in National Seminar organised by Vishva Ayurveda Parishad in December 2016 and delivered a keynote lecturer on Consumer Protection Act & Medicolegal Negligence in Ayurveda. Chairman Complaint Committee to Prevent Sexual Harassment of Women at Workplace M. The department is essentially involved with the research, teaching & training at undergraduate, post graduate and Ph. Specific stress is laid on imparting scientific pharmacological basis of drugs originated from all natural sources viz. In an era when neo-scientific world demands data based evidence bodies to substantiate and accept the millennia old facts of therapeutic benefits of the natural substances described in Ayurveda, the department recognizes and sincerely plays the leading role in creating scientific basis to rational ayurvedic therapeutics. The department deals with natural drug research in a synthetic manner by adopting both Ayurvedic and current scientific methods to generate globally acceptable data. Various aspects of flora are studied for exploring and determining their properties. There is National Repository and Herbarium for Authentic Ayurvedic Crude Drugs in the Department. During the year under report, 1 Professor, 1 Associate Professor, 3 Assistant Professors with other supporting technical and non-technical staff were working in the Department. To undertake research in a synthetic manner so that the essence of Ayurveda gets global acceptance while maintaining its originality. To produce quality researchers and teachers in the field ofAyurvedic drug research. Achievements Academic: A) Under-Graduate Level: Theoretical & practical teaching of Dravyaguna, as per the prescribed curriculum of C. M and as adopted by Rajasthan Ayurveda University was provided in a comprehensive but simpler manner with inputs from the recent developments in natural drug research. The students were given live demo for better grasping at medicinal plants gardens both within the campus and off the campus in Jaipur. 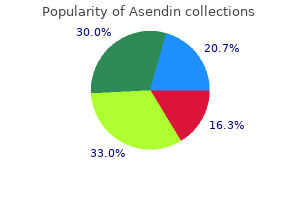 Results: From 5437 abstracts, 1362 full-text publications were reviewed, of which 231 studies were included in the final library. Twenty-six met all criteria required to be used in the analysis, and of those, 11 independent samples from 8 publications directly contributed data to conclusions. Prevalent and consistent indicators of concussion are (1) observed and documented disorientation or confusion immediately after the event, (2) impaired balance within 1 day after injury, (3) slower reaction time within 2 days after injury, and/or (4) impaired verbal learning and memory within 2 days after injury. Conclusion: the results of this systematic review identify the consistent and prevalent indicators of concussion and their associations, derived from the strongest evidence in the published literature. The product is an evidence-based foundation from which to develop diagnostic criteria and prognostic indicators. Assessment of mild traumatic 14/32* brain injury with the King-Devick Test in an emergency department sample. Abstract Objective: the King-Devick Test (K-D) is a brief measure of cognitive processing speed and rapid gaze shifting that appears sensitive to the effects of sport-related concussion. Methods: We conducted a 2-year cohort study at a level 1 trauma center and compared our results with the National Hospital Ambulatory Medical Care Survey from 2009 to 2010. Based upon the clinical history entered, low utility orders triggered an alert to clinicians, suggesting imaging studies might not adhere to evidence-based guidelines. Secondary outcomes included rates of delayed imaging and delays in diagnosing radiologically significant findings. Rates of delayed diagnosis of radiologically significant findings were unchanged (0% vs 0%). Results: One hundred fifty-two patients were enrolled from July 2012 to February 2013. Quantitative electroencephalogram discriminant score of greater than or equal to 31 was found to be a good cutoff (area under receiver operating characteristic curve = 0. Identifying 14/32* posttraumatic amnesia in individuals with a Glasgow Coma Scale of 15 after mild traumatic brain injury. Design: Prospective study using data from the Abbreviated Westmead Post-traumatic Amnesia Scale. Intervention: Administration of the Abbreviated Westmead Post-traumatic Amnesia Scale. A pass/fail performance was achieved a median 121 minutes (interquartile range, 89-205min) after triage. Our hypothesis is that a notable percentage of patients will need outpatient neurocognitive therapy despite a reassuring initial presentation. 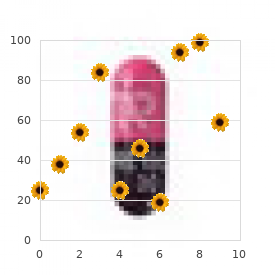 Consumption of red meat and whole-grain bread in relation to biomarkers of obesity, inflammation, glucose metabolism and oxidative stress. Changes in Lipids and Inflammatory Markers after Consuming Diets High in Red Meat or Dairy for Four Weeks. Increased lean red meat intake does not elevate markers of oxidative stress and inflammation in humans. Effect of advanced glycation end product intake on inflammation and aging: a systematic review. Association between carbohydrate quality and inflammatory markers: systematic review of observational and interventional studies. Dietary magnesium intake is inversely associated with serum C-reactive protein levels: meta-analysis and systematic review. Magnesium and the risk of cardiovascular events: a meta-analysis of prospective cohort studies. Cancer epidemiology, biomarkers & prevention: a publication of the American Association for Cancer Research, cosponsored by the American Society of Preventive Oncology. Sleep Disturbance, Sleep Duration, and Inflammation: A Systematic Review and Meta-Analysis of Cohort Studies and Experimental Sleep Deprivation. This signifcantly limits the credibility of the studyproduce a protective immune response against natural infection without causing the diseases themselves. In 2002 Uhlmann, Wakefeld and others published ainfection without causing the diseases themselves. The Institute of Medicine recently conducted a wide ranging expert review that concluded that there is no link between thiomersal in vaccines and autism. In fact, there are more bacteria in our gut than there are human cells in our body. These microorganisms form an ecosystem of their own, which just recently has been shown to be of great importance in various diseases and the maintenance of health. However, in various disease states, the epithelium breaks down, and the gut becomes permeable, being unable to keep toxins and pro-infammatory substances, as well as disease-causing bacteria out of the body. Translocation of harmful substances from the gut has been associated with a range of serious conditions, such as sepsis. 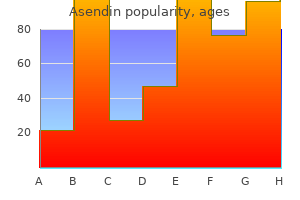