Identify two longstanding issues of debate regarding the nature/definition of psychopathy and how these issues are addressed by the Triarchic model. Psychopathy Synonymous with psychopathic personality, the term used by Cleckley (1941/1976), and adapted from the term psychopathic introduced by German psychiatrist Julius Koch (1888) to designate mental disorders presumed to be heritable. Triarchic model Model formulated to reconcile alternative historic conceptions of psychopathy and differing methods for assessing it. Conceives of psychopathy as encompassing three symptomatic components: boldness, involving social efficacy, emotional resiliency, and venturesomeness; meanness, entailing lack of empathy/emotional-sensitivity and exploitative behavior toward others; and disinhibition, entailing deficient behavioral restraint and lack of control over urges/ emotional reactions. Estimating facets of psychopathy from normal personality traits: A step toward community epidemiological investigations. Psychopathic personality traits: Heritability and genetic overlap with internalizing and externalizing psychopathology. Visual P3 amplitude and self-reported psychopathic personality traits: Frontal reduction is associated with self-centered impulsivity. Reconstructing psychopathy: Clarifying the significance of antisocial and socially deviant behavior in the diagnosis of psychopathic personality disorder. Psychopathy and negative affectivity: Analyses of suppressor effects reveal distinct relations with trait anxiety, depression, fearfulness, and anger hostility. Gender differences and developmental change in externalizing disorders from late adolescence to early adulthood: A longitudinal-twin study. Amygdala hypoactivity to fearful faces in boys with conduct problems and callous-unemotional traits. On the need of separating psychopathy into two distinct clinical types: the symptomatic and the idiopathic. Delineating physiological defensive reactivity in the domain of self-report: Phenotypic and etiologic structure of dispositional fear. Linking antisocial behavior, substance use, and personality: An integrative quantitative model of the adult externalizing spectrum. Development and preliminary validation of a self report measure of psychopathic personality traits in noncriminal populations. Reduced amygdala response to fearful expressions in children and adolescents with callous unemotional traits and disruptive behavior disorders. Operationalizing the Triarchic conceptualization of psychopathy: Preliminary description of brief scales for assessment of boldness, meanness, and disinhibition. Triarchic conceptualization of psychopathy: Developmental origins of disinhibition, boldness, and meanness. An examination of the triarchic conceptualization of psychopathy in incarcerated and non-incarcerated samples. Two subtypes of psychopathic violent offenders that parallel primary and secondary variants.

The purpose of this regulation is to remind the physicians performing the clinical procedures of the radiation dose being delivered to the patients. It is also impor tant that an intercom system be installed so that the physicians in the procedure room can communicate effectively with the technologists operating the x-ray 40 equipment and electrophysiology equipment. The x-ray tube potential and tube current should be continuously dis played during exposures. The display monitors should be free of artifacts and non-uniformities; their contrast and brightness levels should be adjusted to optimize the clinical images. These display monitors should be tested periodically and receive periodic maintenance (Roehrig et al. Emergency electrical receptacles should have power for potential use of defibrillators. There should not be any sharp edges or obstructions on any of the equipment in the room that could cause potential injury to patients and staff. The rooms should be properly marked with signs on the out side to indicate that they are x-ray procedure rooms. There should be adequate protective apparel for the staff, and it should be checked at least annually for holes, cracks, or other voids. All staff should be issued and should wear radiation badge monitors when working in and around cardiac cath facilities. Overview of Clinical Cardiac Procedures Clinical cardiac procedures basically fall into two categories: diagnostic and interventional. Cardiac catheterization is a diagnostic procedure which involves the insertion of catheters into either the femoral (most common) or brachial arter ies which lead to the heart. The catheters are used to deliver contrast material either to the coronary arteries or the left ventricle in order to increase their opacification to x-ray transmission. Many of the studies are directed toward evaluation of stenoses in the coronary vessels either due to degenerative disease or thrombosis. Ventriculography is utilized to evaluate wall motion, septal perforation and mitral insufficiency (Wexler 1995; Pepine et al. The angiographic procedure is deemed successful when a >20% increase in the diameter of the vessel lumen has been achieved and the stenosis represents less than a 50% occlusion of the 41 vessel. The source is removed after delivering a high radiation dose to the vessel walls; the irradiation of the vessel walls is thought to help prevent future restenosis. There is also a Rotational Atherectomy in which a high speed rotational drill selectively grinds the plaque material into fine particles opening the vessel (Roto-Rooter procedure). Most stents are self-expanding stainless steel or tantalum alloy coils of wire which act as a structural support to the vessels. Published Radiation Doses from Fluoroscopy and Cine Imaging With the rapid development of the methods and technology available to the interventional cardiologist, assessments of radiation dose and relative risks are not available for all of the procedures mentioned above. 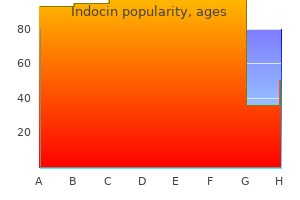 Increasing duration of the and to induce systemic changes, including hypoxia, hypo seizure is inversely associated with ipsilateral, but not con glycemia, and arterial hypotension (86). Hyperpyrexia may tralateral, hippocampal volume, suggesting that the deleteri increase cerebral metabolic rate by as much as 25% (87). For reasons that spheric vulnerability in children who develop temporal lobe are unclear, there is a significant predominance of right-sided seizures after prolonged febrile convulsions. These observations suggest differential rates of vulnera umes after complex febrile seizures suggesting that damage is bility for each cerebral hemisphere in both sexes. However, in a long-term follow-up study of 24 patients with a pro longed first febrile seizure, Tarkka and colleagues (91) found Genetic Predisposition no reduction in mean hippocampal volumes compared with a control group with a simple febrile seizure and no later Genetic factors may contribute to the development of epilepsy epilepsy. Bower and coworkers (92) investigated patients with in some individuals with febrile seizures. These larger series contrast with well-documented, single gene is held responsible, because the siblings of patients individual prospective case studies linking prolonged febrile with temporal lobe and febrile seizures have a similar inci seizures to subsequent hippocampal swelling, atrophy, and dence of febrile seizures alone. Theodore and associates (90) investigated hip heterogeneous afebrile generalized seizure phenotypes. Experimental studies of febrile seizures suggest notype has now been identified in multiple families with gen that progressive hippocampal changes could be modulated eralized epilepsy and febrile seizures (107). Several large kindreds with autosomal to represent a continuum of brain dysfunction ranging from dominant temporal lobe epilepsy and febrile seizures that do very mild local cellular changes to severe generalized damage not show linkage to candidate regions for familial partial or hemiatrophy. Ellenberg and Nelson (69) studied desensitization and reduce benzodiazepine enhancement have intellectual and academic function following febrile seizures in also been characterized (113). Severe myoclonic epilepsy of infancy, and normal intelligence achieved reading and spelling mile also known as Dravet syndrome, is a malignant epileptic stones at rates similar to those of their seizure-free siblings. Febrile seizures may be Test was equally common in patients with febrile seizures and generalized or focal and typically first occur between 5 and sibling controls. Other seizure febrile seizures did not differ from controls in behavior, height, types and developmental regression subsequently intervene head circumference, or academic achievement (78,124). Myoclonic seizures are often mild or absent, or disappear after a relatively brief period. The adult pre the American Academy of Pediatrics, through its Committee sentation of Dravet syndrome without early onset febrile on Quality Improvement, published two practice parameters seizures has recently been described (115). These prac patients has been identified in approximately one third of tice parameters were further reviewed and expanded in 2000 patients with Dravet syndrome (117,118). Recommendation for the management of of unilateral motor seizures occurs in patients carrying this febrile seizures has also been issued by Italian League Against mutation (118). The guidelines are similar to the American Treatment of Dravet syndrome patients is often challeng Academy of Pediatrics and stress the benign prognosis and ing. 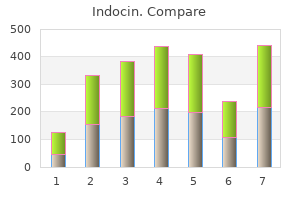 Many severe epilepsies presenting in infancy and early childhood fall into this group. Family studies have shown mutations in voltage-gated potassium channel subunits on chromosomes 20q or 8q. Heat (febrile illness or even bathing in a hot bath) characteristically remains a precipitant. Associated with extreme drug-resistance and a very poor neurodevelop mental outcome. Proportion remaining seizure free at 14 mths identical in both groups (7 40%) with borderline superior neurodevelopmental outcome at 14 mths in non-symptomatic cases treated with steroids (requires con rmation). It is useful to recognize that there are a limited number of ways the brain can manifest dysfunction from an underlying pathology, and that this repertoire is age dependent. The manifestations of any given primary pathology may change with age and development, and a child can move through phenotypically described syndromes with time. Epileptic encephalopathies are a feature in 740% children with epilepsy rst presenting at between 1 month and 3 years of age. The value of making the diagnosis is that it allows you to convey a good prognosis. Associated with trisomy 12p and Angelman syndrome; most cases have no known aetiology. It is typically treated with combined, high-dose sodium valproate and ethosuximide.