Available sequence information for these serotypes indicates a perfect match to FilmArray Adenovirus assay primers and efficient detection at 1x LoD is predicted. Species A, D, F, and G (often associated with conjunctivitis and gastroenteritis) were not identified in clinical specimens. The following species and subtypes were identified in clinical specimens: Enterovirus Species A: Enterovirus serotype 71 Coxsackievirus A2 and A6 Enterovirus Species B: Echovirus serotypes 3, 6, 7, 11, 15, 21 and 30 Coxsackievirus B1, B3 and A9 Enterovirus serotypes 81 and 88 Rhinovirus Species A: Human Rhinovirus serotypes 1B, 8, 9,10, 13, 19, 21, 22, 23, 28, 30, 32, 34, 38, 39, 40, 46, 47, 49, 51, 54, 56, 58, 59, 61, 62, 66, 68, 75, 77, 78, 80, 82, 98 and 100 Rhinovirus Species B: Human Rhinovirus serotypes 27, 69, 83 and 91 Rhinovirus Species C: at least 3 individual strains and 12 distinct isolatesa aHuman Rhinovirus species C (also known as Enterovirus species D) has not been classified into serotypes. Supplemental Reactivity Information for Influenza Strains of Human, Swine and Avian Origin (analytical testing data and in silico analyses): Influenza A viruses are classified by host and subtype, a combination of H (hemagglutinin) and N (neuraminidase) types. The Influenza A assays (FluA-pan1 and FluA-pan2) were designed to react with all strains of Influenza A. The FluA-H1 2009 assay was designed to be specific for the human pandemic variant of swine origin H1N1 that emerged in 2009. Simulated reactivity was determined based on the number and location of mismatches in the targeted region. No cross-reactivity was observed with the strains and concentrations listed in Table 41. Results of Exclusivity Testing of Virus or Nucleic Acid from Cultures of Avian Isolates of Influenza A Test FilmArray Host Subtype Isolate / Strain a Concentration Result A/Japan/305/57 3. Cross-Contamination and Carryover To evaluate cross-contamination or carryover, high positive samples (Table 41) were loaded and tested back-to-back with other high positive samples containing different organisms. No false positive results were observed, indicating that the system design and recommended sample handling practices are effective in preventing carryover. The High Negative test level was predicted to generate positive results in approximately 20-80% of the samples tested. On each testing day, two operators at each site tested two aliquots of specimens on two different FilmArray instruments (six specimens per operator per instrument per day). Every specimen was tested four times a day on five days at the three testing sites, for a total of at least 60 tests per organism per concentration. A total of 26 lots of reagents and 20 FilmArray instruments were utilized in the reproducibility study. The in house Repeatability testing was performed at Site C over the course of 12 testing days. On each day, all 12 specimens were tested 4 times by 2 operators on 2 FilmArray instruments. Summary of Positive Agreement Results for Repeatability Testing Moderate Positive Low Positive High Negative (3x LoD) (1x LoD) (0. 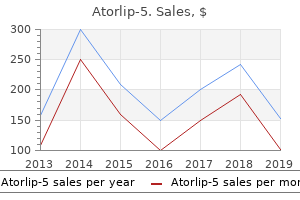 Obvi ously, something was irritating the ovaries into overproduction of estrogen. She was switched to milk (3 glasses 2% a day) as her primary beverage besides water. She was toxic with nickel (dental metal) which would invite hordes of urinary tract bacteria, dangerously close to the ovaries. She broke out in hives from a new hair spray polluted with praseodymium which got into her ovaries. Then she called to cancel her next appointment because she was pregnant (four months from first visit). Lindy Maloy and her husband had been trying for eight years to have their second child. They wormed the dog monthly and did not want to part with it since they did not believe it mattered. They used the pet parasite program, but five months later she had higher Ascaris loads than ever. She also could not rid her uterus of intestinal fluke stages in spite of killing them with a frequency generator and using the parasite herbs. She had seven laparoscopies for endometriosis and very hard cramps with her period. The solvents in her uterus were methyl butyl ketone, acetone, carbon tetrachloride (from drinking store bought water), styrene (from drinking out of styrofoam cups), xylene (from carbonated beverages) and decane (from cholesterol-reduced foods). Her ovaries and uterus were toxic with mercury and thallium from polluted dental alloy. Christopher Gravely, a young man of 26 and Frederica, 22, promised faithfully not to get pregnant until their cleanup was complete. An electronic search of his testicles and prostate (which had been infected once) revealed iridium, platinum and yttrium. Eight months later he had completed all his tasks, his low back and pain with urination had stopped, and this encouraged him to continue with his fertility program. She, too, was started on the kidney herbs and instructed to get metal tooth fillings replaced. She was started on thioctic acid (one a day) plus zinc, (one a day), until her first missed period. A toxic element test showed her ovaries and uterus were full of beryllium (gasoline and coal oil), gadolinium and gallium. To reduce fossil fuel fumes in the house she removed all gas cans and the lawn mower from the attached garage. She was started on kidney herbs and promised to use con traception until she was done. 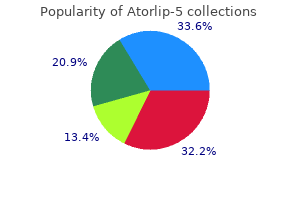 Neither specialty is sustainable on its own, nor do we believe this should be the case. Furthermore, because fellows will now train in a well-integrated two year specialty (instead of the current model, which requires three years to specialize in two separate areas), we can train more qualified laboratorians in an area of medicine that is increasing in demand and that, in turn, demands the abilities of very highly-skilled individuals. Allow for a sustained critical mass of trainees necessary for trainee testing validity and training program accreditation: the number of candidates who seek board-certification in only clinical cytogenetics has been in decline over recent years, and reflects the evolution of the field as one that incorporates an increasing number of molecular technologies. Conversely, interpretation of molecular data is limited when laboratorians lack the ability to view the genome from a chromosomal perspective. As we train fellows to move fluidly between these two fields, the board-certification process should be more appropriately tailored to the work our diplomates are doing on a daily basis. Increasingly that work requires a solid foundation in both cytogenetics and molecular genetics and proficiency in the major technologies and their respective applications. The number of diplomates who were initially boarded in a single one of these specialties but who have since returned to complete the second fellowship is growing, which reflects the growing clinical need for integrated training that brings together these two specialties of genetics. Finally, more individuals taking a single integrated certification exam will allow for an exam that is more representative of the knowledge base required for daily practice and will also lead to a certification examination that is more robust statistically because of the higher numbers of individuals sitting for the single specialty. Please provide the number and type of additional educational programs that may be developed based on this proposed new or modified specialty area. Please indicate how you arrived at that number: As noted previously, there are currently there are 42 institutions spread across the United States that offer fellowship training in both clinical cytogenetics and genomics and clinical molecular genetics and genomics (see Additionally, there are two programs that currently are accredited in only cytogenetics. Please provide responses to (a) through (d) below regarding the duration and curriculum of existing programs: a. The goals and objectives of the existing programs: As described earlier, nearly all the existing programs train in both cytogenetics and molecular genetics. The proposed specialty will combine the goals and objectives of those two programs in an integrated and efficient fashion. If an individual expects to become certified in an additional primary specialty, it would require an additional 12 months of full-time clinical laboratory training in that specialty. A critical need fulfilled by these individuals would be that of integrating the relevant genetic and genomic results into a single laboratory report. Such a piecemeal scenario often leaves the healthcare team with knowledge gaps in terms of appropriate next best steps in the care of their patients. The current required training period for cytogenetics and genomics or molecular genetics and genomics alone is 24 months and presently those seeking certification in both specialties must do 36 months of training. We are proposing that in the merging of these two specialties that we will achieve efficiencies that will lead to a reduction in training time to 24 months. 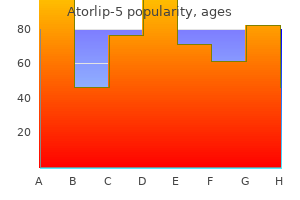