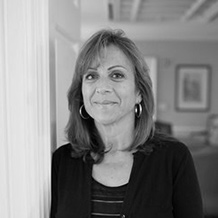 As a part of Story Week 2014, the Guild has collaborated with Columbia College to bring you an evening with renowned author Cristina García .

Cristina García is the author of six novels: King of Cuba (Scribner, 2013); The Lady Matador’s Hotel (Scribner, 2010); A Handbook to Luck (Knopf, 2007); Monkey Hunting (Knopf, 2003); The Agüero Sisters (Knopf, 1997), winner of the Janet Heidiger Kafka Prize; and Dreaming in Cuban (Knopf, 1992), finalist for the National Book Award. García has edited two anthologies, Bordering Fires: The Vintage Book of Contemporary Mexican and Chicano/a Literature (2006) and Cubanísimo: The Vintage Book of Contemporary Cuban Literature (2003). She is also the author of three works for young readers: Dreams of Significant Girls (2011), a young adult novel set in a Swiss boarding school in the 1970s; The Dog Who Loved the Moon, illustrated by Sebastia Serra (Atheneum, 2008); and I Wanna Be Your Shoebox (Simon and Schuster, 2008). A collection of poetry, The Lesser Tragedy of Death (Akashic Books), was published in 2010.