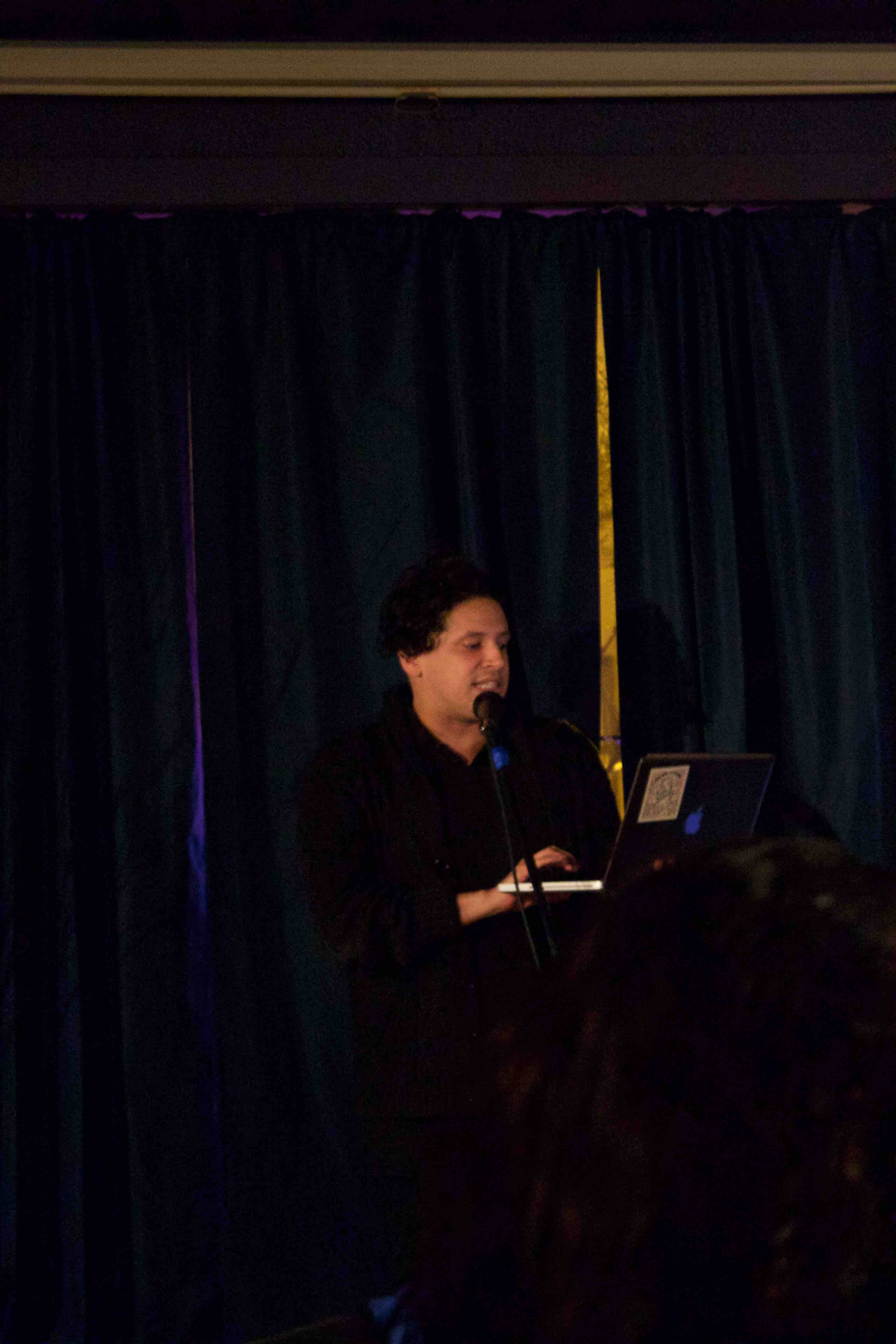 With  THIS MONTH’S CURATOR: RICARDO GAMBOA

Ricardo is an artist, activist, and an academic working in his native town of Chicago. He is a company member of Barrel of Monkeys, Southside Ignoramus Quartet, and Free Street Theater. He is the founding Artistic Director of Teatro Americano and founding adult partner of the controversial ensemble, The Young Fugitives. After receiving a degree from University of Illinois, Urbana, he received a Masters in Arts Politics from New York University’s Tisch School of Arts, and is currently working on his doctorate degree in American Studies at NYU’s Department of Social and Cultural Analysis. Ricardo is currently working on collaborating with queer of color television platform, OPENTV on BRUJOS, and a web series he wrote and is directing that follows four gay Latino doctoral graduate students, that are also witches, as they try and survive finals, romance, and a witch hunt led by the descendants of the first New World colonizers.

About the evening’s theme:

Current events ranging from cover-ups of police shootings and growing social inequalities further underline just how dark or “opaque” times have become for some of us in this city. These injustices are exasperated when it comes to mainstream Chicago arts and cultural production where Chicago narratives and voices (particularly those of color) are absent. Societal blind spots have not always been spaces of denigrated living, but also places where people have found creative ways to live under social pressures. The Guild LIterary Complex invites you to Palabra Pura, an event where four Latino writer-performers share their poetry. All being Chicago natives, they extend into their communities through radically politicized actions and often operate without institutional support and outside of the non-profit industrial complex. The fresh work complicates notions and expectations of Latino identity while bringing a native voice to the Midwest, urban, brown community often unrepresented in local culture.

Kristiana is a poet, playwrighter, actress, educator, Cave Canem Fellow, and executive director of the #LetUsBreathe Collective. Her play Octagon, which won Arizona’s Theater Company’s 2014 National Latino Playwriting Award and Polarity Ensemble Theater‘s Dionysus Festival of New Work, had its premier at Arcola Theater in London in September 2015. Her work was featured in Victory Gardens’ 2014 Ignition Festival. She is a part of the Goodman Theater’s Playwrights Unit and a resident playwright at Chicago Dramatists and one half of the brother/sister hip-hip duo, April Fools.

Growing up in Humboldt Park with his mother and sister, he was taught early on to cultivate his social conscious by his mother, Denise Ruiz. Elijah found an outlet for artistic expression when his high school friend, Alfonso Smith, introduced him to Free Street Theater. After watching The Young Fugitives’ production of “Cold Summer”, Elijah put his acting, musical, and writing abilities to good use to discus Foucault and youth culture. He was invited to join the production of TRACK 13 and gladly joined. He’s an avid reader of black radicalism, colonization of Puerto Rico, and Foucault.

Steven Beaudion was raised in the Logan Square neighborhood of Chicago. A performer since childhood, infatuated with comedy as a medium and means of escape and play, he attended Second City during high school. He left Clemente high school before graduating to live briefly in Texas, he returned to receive his high school diploma at a charter school where Gamboa was currently working in 2008. Steven began working with Gamboa and Barrel of Monkeys Theater Company before leaving Chicago once again to attend the American Musical and Dramatic Academy in Los Angeles, California. Steven remained and worked in Los Angeles for seven years. He returned to Chicago in 2015 where he now works a director at Free Street Theater, ensemble member and teaching artists with Barrel of Monkeys, artist-in-residence at the National Museum of Mexican Art’s Yollocalli ArtsReach, and writer-performer with the radically politicized and in your face comedy meets performance art group, Southside Ignoramus Quartet. Additionally, Steven has performed with Lily Be and Clarence Browley’s storytelling venue, The Stoop, where he will be a feature storyteller of their upcoming storytelling collective and podcast and is writing his one-man show that blends stand-up, performance art, stage combat and theatrical acting.

Garcia ran into former classmate, Jesse Murphy a The Young Fugitives ensemble member, in 2013 on her way to a youth summit about Trayvon Martin and the violence against youth of color with her friend, Ricardo Gamboa. During the open mic portion of the event, Garcia shared a poem that incited a standing ovation. Gomboa then invited her to join The Young Fugitives and their production of “Cold Summer”. Her monologue about gender and her “cute” vagina was a show-stealer and she continued to work with The Young Fugitives in “TRACK 13”.

Open Mic is back too!

See you there at our home location: