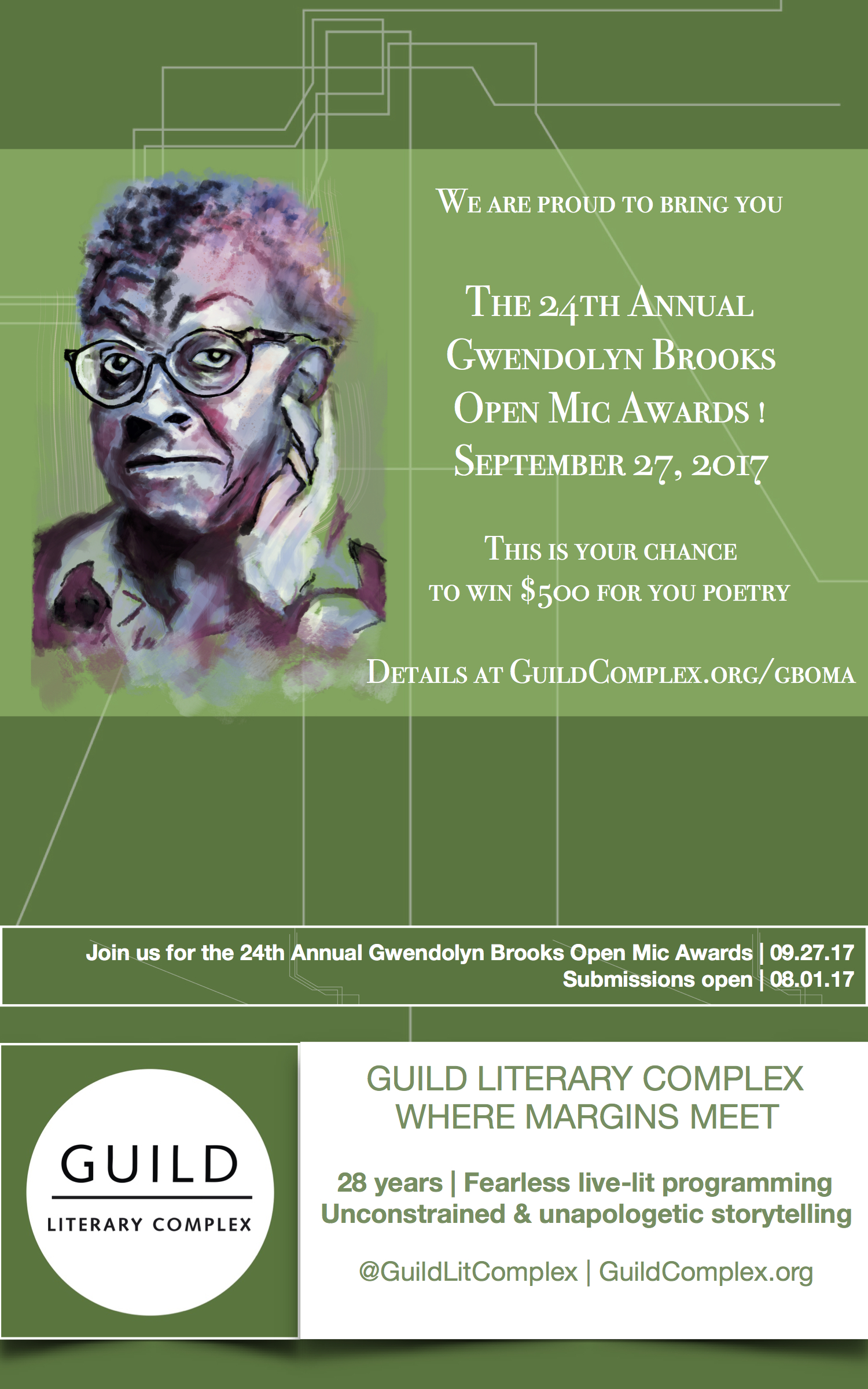 Click here to learn more about Submitting your work for the chance to win $500 and bragging rights!

GBOMA 2017 to be held at the new American Writers Museum

Join us at The American Writers Museum on Wednesday September 27th, 2017 7:30 – 9:30 PM with Special Guest Nora Brooks Blakely, and Judges Haki R. Madhubuti and Aricka Foreman, as 20 Chicagoland Poets go head to head for bragging rights and a chance to win $500!  Audience votes make the decision in this ranging competition. There is a $8.00 ticket price at the door. 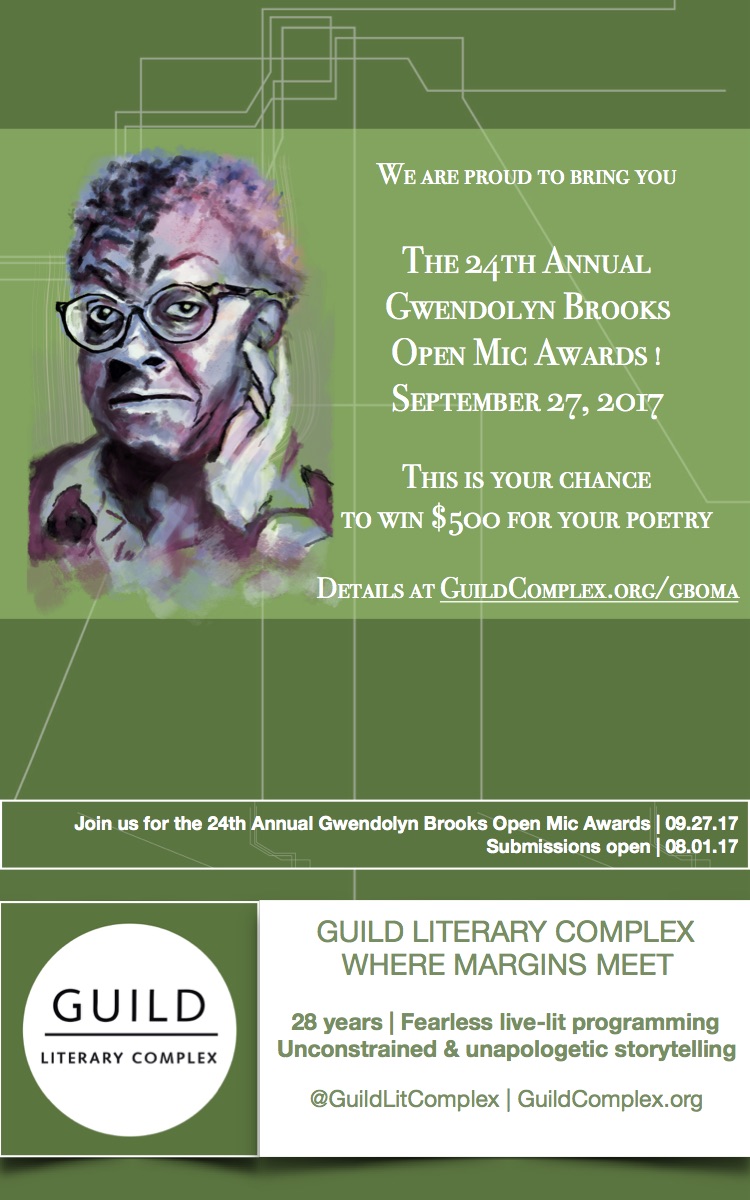 Pulitzer Prize winning Chicago poet Gwendolyn Brooks (1917-2000) founded the Gwendolyn Brooks Open Mic Award twenty-two years ago. Brooks was born in Topeka, Kansas and lived in Chicago for the rest of her life. She was the author of more than twenty volumes of poetry and numerous other books. Her many awards and honors include Poet Laureate of Illinois, Consultant in Poetry to the Library of Congress, American Academy of Arts and Letters award, a Pulitzer Prize, the Frost Medal, a National Endowment for the Arts award, and fellowships from The Academy of American Poets and the Guggenheim Foundation.

The 24th Annual Gwendolyn Brooks Open Mic Awards is presented in partnership with the The American Writers Museum, Chicago.

Semi-finalists will be posted soon. Sign up for our email list to be alerted to future contests.