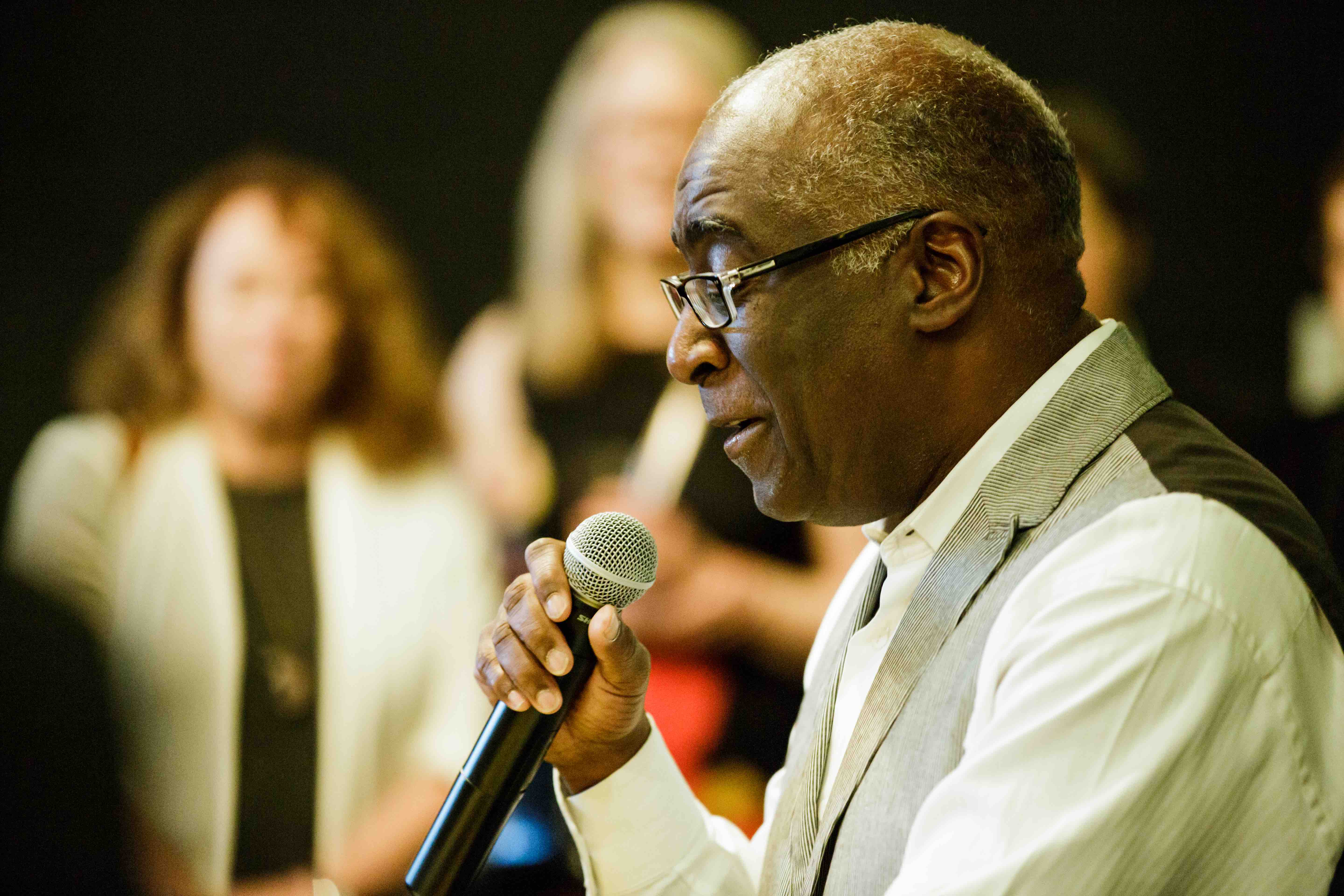 In 1989, a local, community-based bookstore, Guild Books (once located on Lincoln Avenue) began regularly hosting progressive, stimulating, and eclectic literary events. Soon after, the Guild Complex established itself as an official non-profit organization with poet Michael Warr as its first executive director.

Actively working with individuals and organizations from all of Chicago’s many neighborhoods, the Guild seeks to connect seemingly disparate groups and geographies through literature—bringing unexpected writers, programs, and audiences together.

The Guild Literary Complex was nominated for the Chicago Reader’s Best Poetry Organization of 2021, and Guild board members and leaders continue to appear in Newcity’s annual Lit 50.

The Guild has been acknowledged as “Chicago’s premier literary center” by the Illinois Arts Council and twice selected as a model literary center by the National Endowment for the Arts.

Chicago writer Studs Terkel, activist Meridel Le Sueur, and blues legend Willie Dixon are among many famous faces who have passed through the doors of Guild Books, and past writers have included some of history’s most influential contemporary authors, including:

The Guild Literary Complex partners and collaborates with other community groups on social and restorative justice issues, providing arts and advocacy programming for marginalized voices.

The missions and visions of these partner organizations contribute significantly to the breadth, depth, and resonance of the Guild Literary Complex, each helping to create dynamic programming highlighting our varied and robust literary community, speaking from and giving voice to the margins.