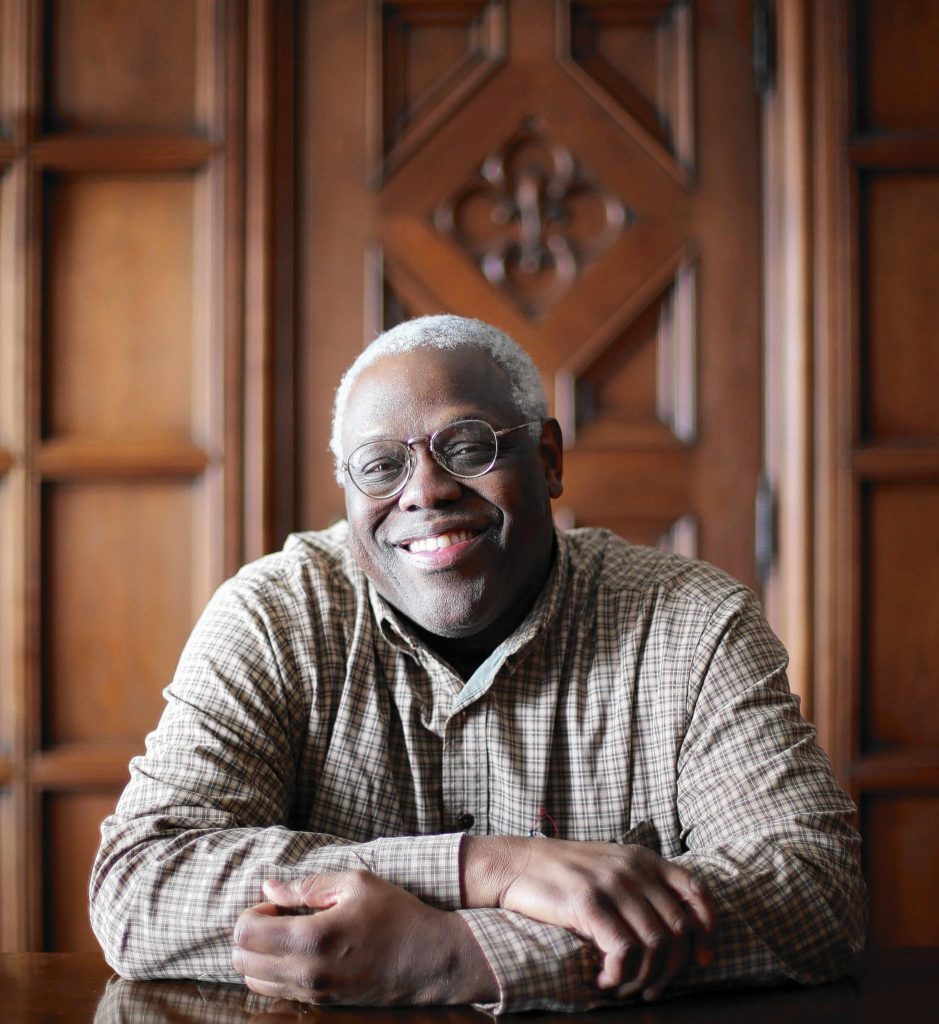 Eric is the author of the novel Bedrock Faith, which was named a Notable African American Title by Publishers Weekly, and a Top Ten Debut Novel for 2014 by Booklist Magazine. A 2015 recipient of the Chicago Public Library Foundation’s 21st Century Award and a former reporter for The Washington Post. May’s fiction has also appeared in Fish Stories, Solstice, Hypertext, Flyleaf Journal, F, and Criminal Class magazines.

In addition to his Post reporting, his nonfiction has appeared in Sport Literate, Chicago Tribune, and the personal essay anthology Briefly Knocked Unconscious By A Low Flying Duck. 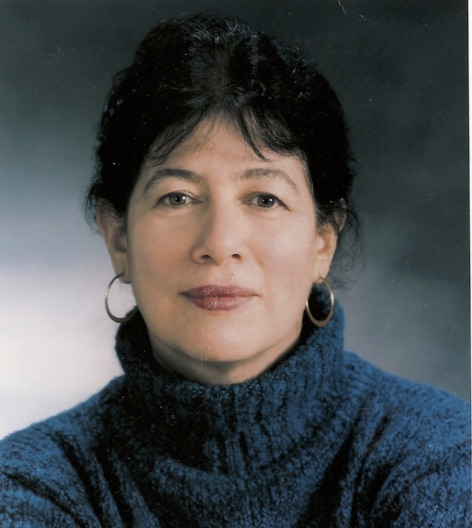 Rosellen has published ten books – novels, short stories, poetry, essays – and has lived in almost as many places – New York, Boston, San Francisco, Mississippi, New Hampshire, Texas and, currently, Chicago. Half a dozen of her stories have appeared in the annual prize collections (O. Henry, Best American, and Pushcart) and one was chosen by John Updike for his Best American Stories of the Century anthology. One of her novels, Before and After, was translated into 23 languages and became a movie starring Meryl Streep and Liam Neeson.

She has been on the faculty of the MFA in Writing Program at the School of the Art Institute of Chicago since 1997 and for many summers led the Spoleto Writers’ Workshop in Umbria, Italy. From 1965-67 she taught at Tougaloo College in Mississippi; in 1976 served on the faculty of the first low-residency writing program, at Goddard College in Vermont; taught at Boston University and the University of Michigan and, from 1982-95, at the University of Houston. Brown’s awards have included two National Endowment for the Arts fellowships, a Guggenheim fellowship, a National Council on the Arts award for Some Deaths in the Delta and other poems, the Great Lakes College Association prize for the best first novel for The Autobiography of My Mother, Ingram-Merrill and Howard Foundation grants, the Janet Kafka best novel award for Civil Wars. She was named a Ms. Magazine Woman of the Year in 1984 and in 1987 received a literature award from the American Academy and Institute of Arts and Letters.

One of Rosellen’s first experiences with the Guild was as a participant on a panel about writing as a socially committed artist. She also took part in two lively and well-attended public conversations with visitors from the University of Iowa International Writers’ Workshop who, through fascinating accounts of their lives as writers in diverse and sometimes difficult circumstances, put our own conditions in perspective. 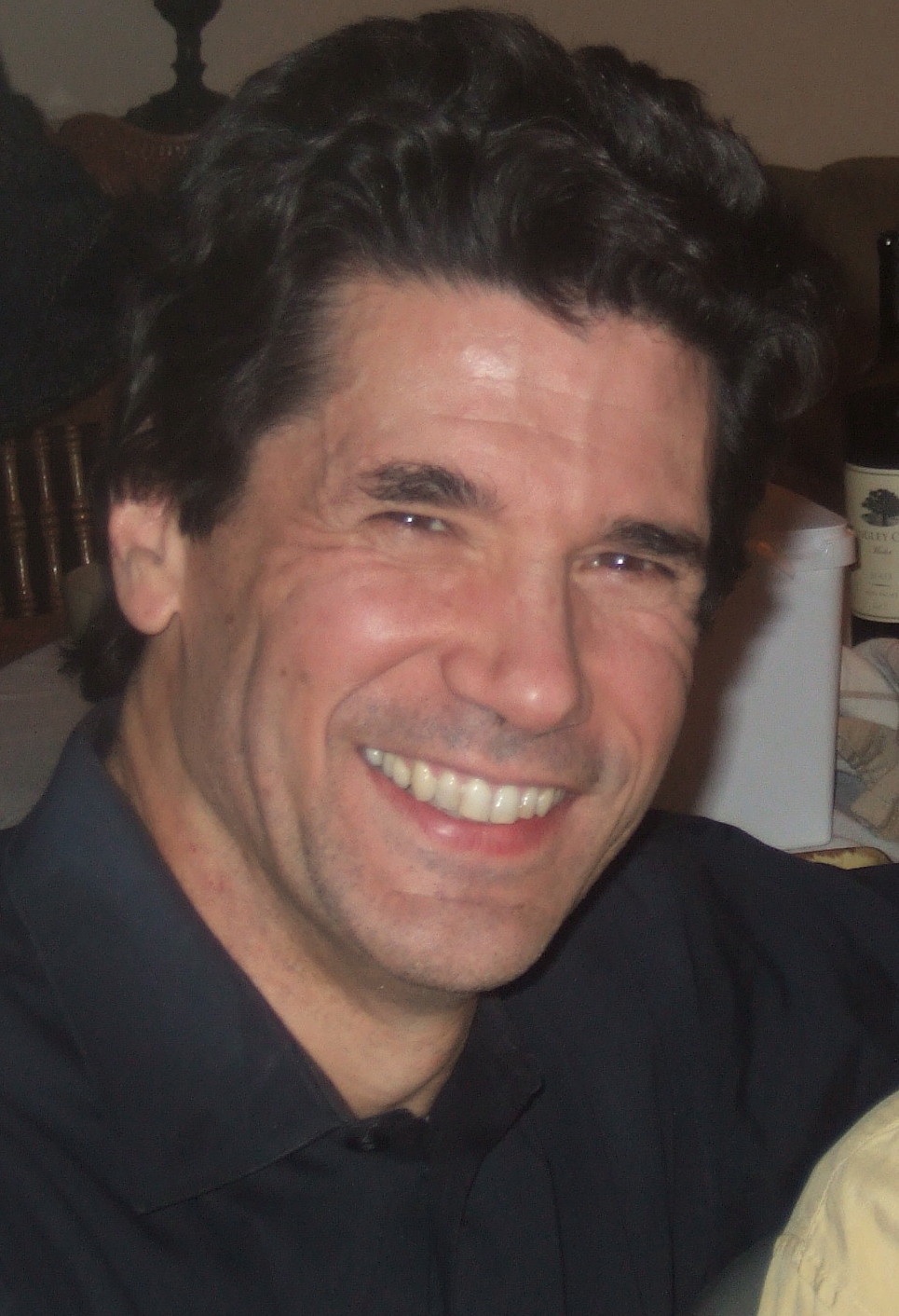 Mike has been a board member since 2005 and has been a board president since 2009. For more than 15 years the Guild Complex has been instrumental to Mike’s development as a poet. The first performance poetry event he ever attended was a Guild Complex event at the Hot House on Milwaukee Ave. It blew both his socks and the top of his head off. He left that event with a strong desire to explore writing poetry.

The first time he was a featured reader happened a couple of years later at the same Guild Complex series. Later, his chapbook, 30 Seconds, was chosen as the winner of the Tia Chucha Chapbook contest in 2004. Mike feels a real indebtedness to the Guild Complex and strives to work with the organization to help other emerging writers in similar ways. 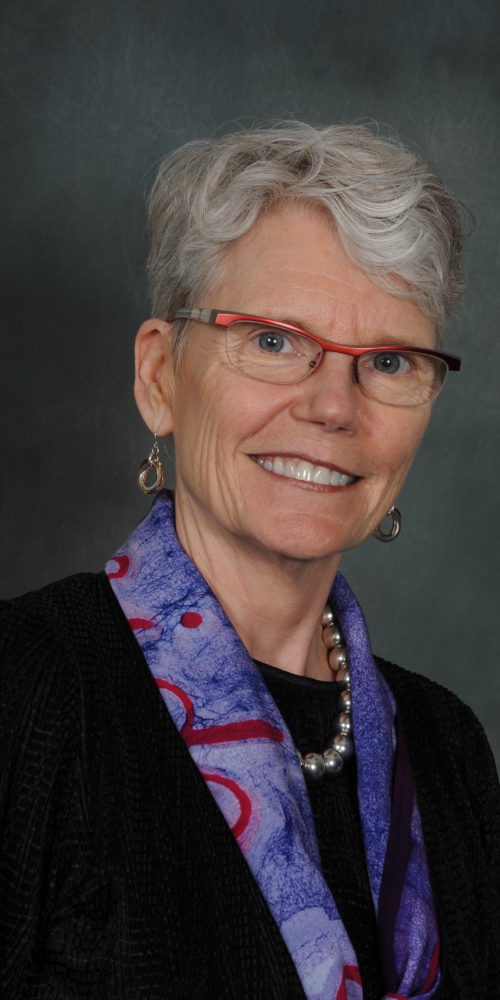 Ann is Vincent DePaul Professor of Literary and Multi-Disciplinary Studies at DePaul University’s School for New Learning in Chicago. Her scholarly book, Bodies in a Broken World: Women Novelists of Color and the Politics of Medicine, was published in 2003 and her co-edited collection, Women, Writing and Prison: Writers, Activists and Scholars Speak Out, in 2014. 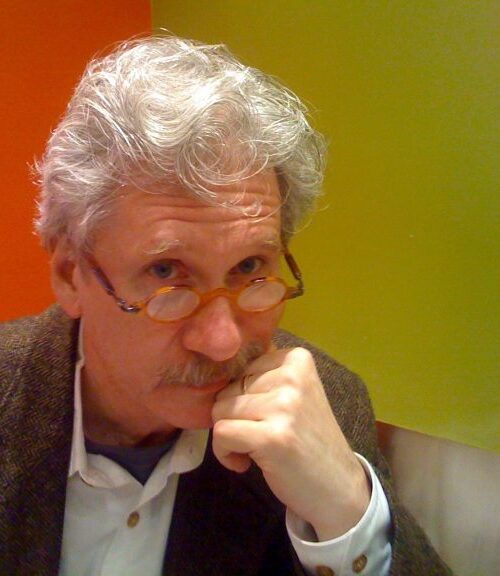 Reg, one of the co-founders of The Guild Complex, is the author of nine books of poems and two chapbooks, a novel, a number of edited books, other books, and many essays about poetry. He has also published translations of Spanish and Mexican poetry and of ancient Greek tragedy. In the 80s and 90s, he was the editor of TriQuarterly magazine, and he has long been a member of the faculty at Northwestern University and in the MFA Program for Writers at Warren Wilson College.

Among the many great GC moments he remembers with special pleasure and pride are the reading by Gwendolyn Brooks, the reading/performance of writer John Edgar Wideman and harmonica player Sugar Blue, the 10th-anniversary gala at the then Chicago History Museum, and readings by Grace Paley, Eduardo Galeano, the reading by Angela Jackson and Carolyn Rodgers, and an evening when, as part of the program, several adult students from a literacy program read their first compositions in English, on how they came to America.

Well… and also the TriQuarterly/Guild readings with piano performance by Bethany Pickens in the 1990s, the great benefit with Alex Kotlowitz and Steve James in 2010, the two International Writers Exchanges, and many more memorable events. (reginaldgibbons@northwestern.edu) 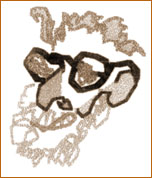 Lew is a founder of the Guild Literary Complex and an anchor in Chicago’s literary and activist community. He edits and publishes the Chicago Labor & Arts Notes e-mail newsletter. He has been employed as a garment worker, printer, social worker, and history teacher, but for most of his life he has been a bookseller, first at the path-breaking Midnight Special Books in Santa Monica, CA, then at the legendary Guild Books in Chicago.

As the proprietor, Rosenbaum helped to seed Chicago’s present-day literary community decades ago by hosting numerous readings and meetings that gave rise to the Guild Literary Complex in 1989. After Guild Books closed he worked for 10 years at Barnes & Noble, and he had the distinction of having been fired for not pushing the workers to work hard enough.

He has a degree in Biology and three years in medical school, with postgraduate education with California farm workers, health care workers in Cuba, studying philosophy with radicals at the Institute for the Study of the Science of Society, and working alongside Occupy activists. He writes on education and independent politics for The People’s Tribune newspaper. 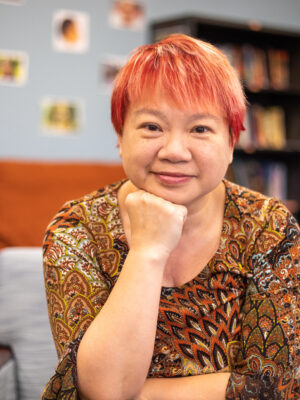 Ada Cheng is a professor-turned-storyteller, solo performer, and storytelling show producer. She was a tenured professor in sociology at DePaul University from 2001-2016 when she resigned to pursue storytelling and performance. She has been featured at storytelling shows and done her two solo performances all over the country. Ada is the producer and the host of five storytelling shows, including Pour One Out, Am I Man Enough?, Talk Stories: An Asian American/ Asian Diaspora Storytelling Show, Speaking Truths Series, and This Is America: Truths through My Body. She creates platforms for people to tell difficult and vulnerable stories as well as for communities who may not have the opportunities otherwise. She is an adjunct faculty at Dominican University and a speaker for Illinois Humanities Road Scholar Speakers Bureau. She works full time as the Education and Outreach Specialist with Women’s Leadership and Resource Center at UIC, doing training and creating programming on issues related to gender-based violence. Her interests span multiple fields, including academia, storytelling/performance, and advocacy. Her motto: Make your life the best story you tell. 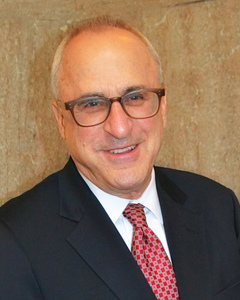 I’m a lifelong Chicagoan. After 40 years in the business realm as a commercial real estate broker, I recently retired.  During these past years an important part of my life has been serving on various community-based boards. These include: The Community Television Network, Jane Addams Center Hull House, Jane Addams Resource Corporation, Friends of Lincoln Park and Lakeview Schools, Friends of Alexander Bell School and Walter Payton High School as well as 13 years as an elected Local School Council official.  Retirement has afforded me the opportunity to read and write poetry, a lifelong love. While rewarding, membership on the Guild Complex Board allows me to add a civic engagement component to these pursuits. 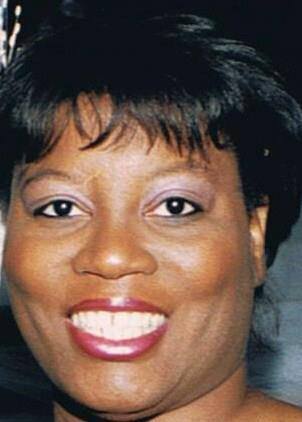 Andrea is poet, writer and a long-time friend of the Guild Complex. She has been a part of the Chicago poetry community for over 20 years. Her work has been published in a number of poetry magazines, journals and included in such poetry anthologies from Tia Chucha Press as Powerlines and Stray Bullets. Her poetry was also included in the 2001 Steppenwolf Theatre production, Words on Fire.

A hometown girl, born and raised in Chicago, much of her poetry is inspired by her experiences growing up in the city. Other influences range from the classic poetry of Browning, to Pablo Neruda, to poets from the Harlem Renaissance and the beat poets of the ’60s. A graduate from Northwestern University, she is still learning and is constantly fascinated by the great voices she hears at local area poetry readings. She is mother of one son, Phillip, and Sasha, the dog. Still an active member of the poetry and arts community, she currently resides in Rogers Park.

Andrea’s first Guild event was when a friend invited her to see Sterling Plumpp at the book store. “I’d never been to a poetry reading in a book store before so it was quite a novelty. Sterling Plumpp was amazing and right away I was hooked. But my favorite memory is of days when I would meet at a café, usually a place called the Why Not? Café, and sitting with Michael Warr (Guild founding Director), Rohan Preston, Quraysh Ali Lansana (former Staff and Board) and my son, Phillip, in tow. They weren’t just these intellectual giants of Chicago Poetry, they were also just guys who never made me feel uncomfortable or left me out of the conversation, and always treated me like an equal. So many good conversations, I always walked away feeling enriched.” 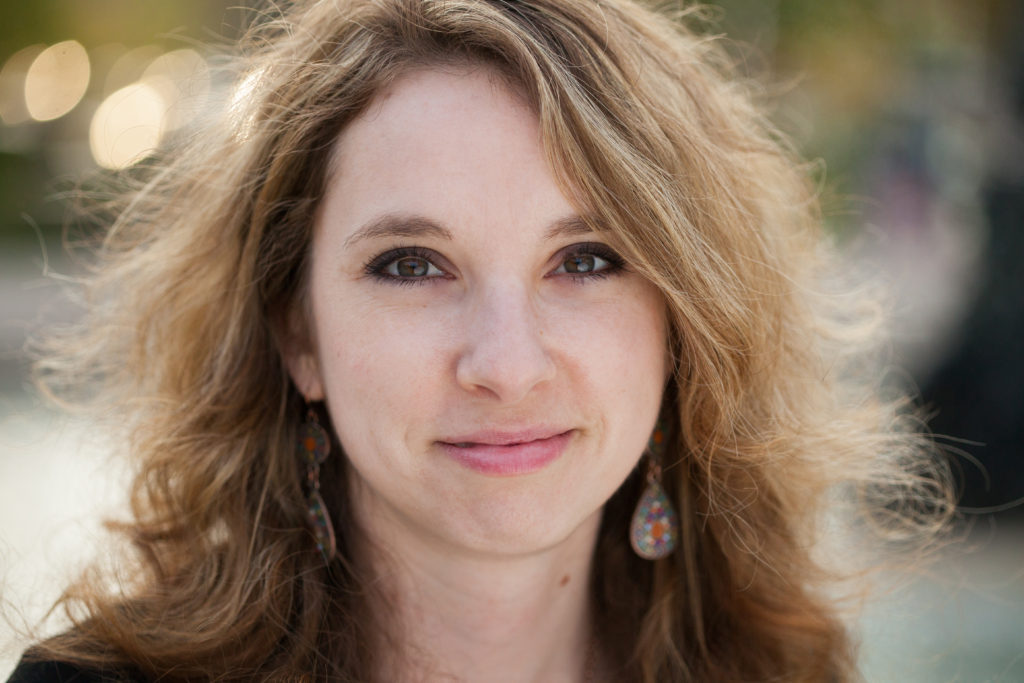 Meredith is a writer, editor, and critic with experience in book publishing, marketing, and grant writing. She earned her MA in writing and publishing from DePaul University, and, aside from her role with the Guild, she does writing, copyediting, and development work on a contract basis. She’s the author of the chapbook What City, which won the 2018 Debut Series Chapbook Contest from Paper Nautilus, and she is a contributor to the Chicago Review of Books. 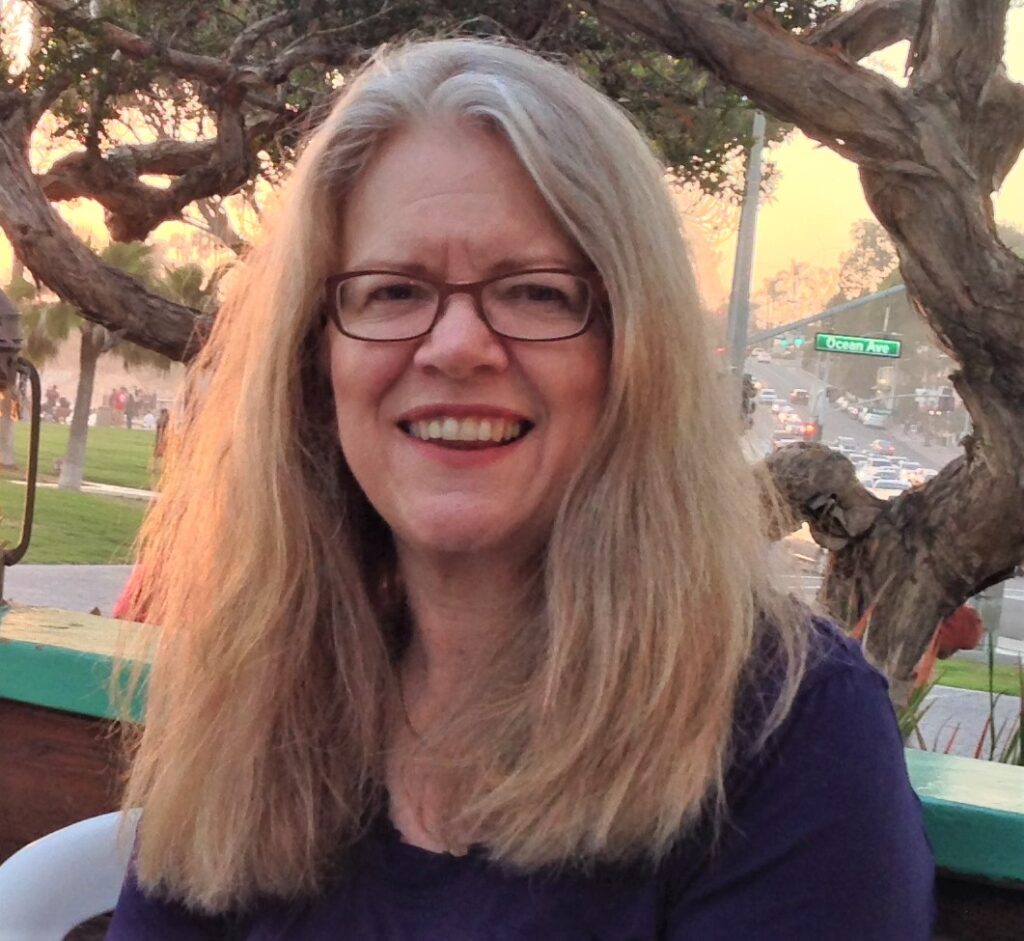 Interested in interning or volunteering for the Guild Complex? Visit our Careers & Internships page. 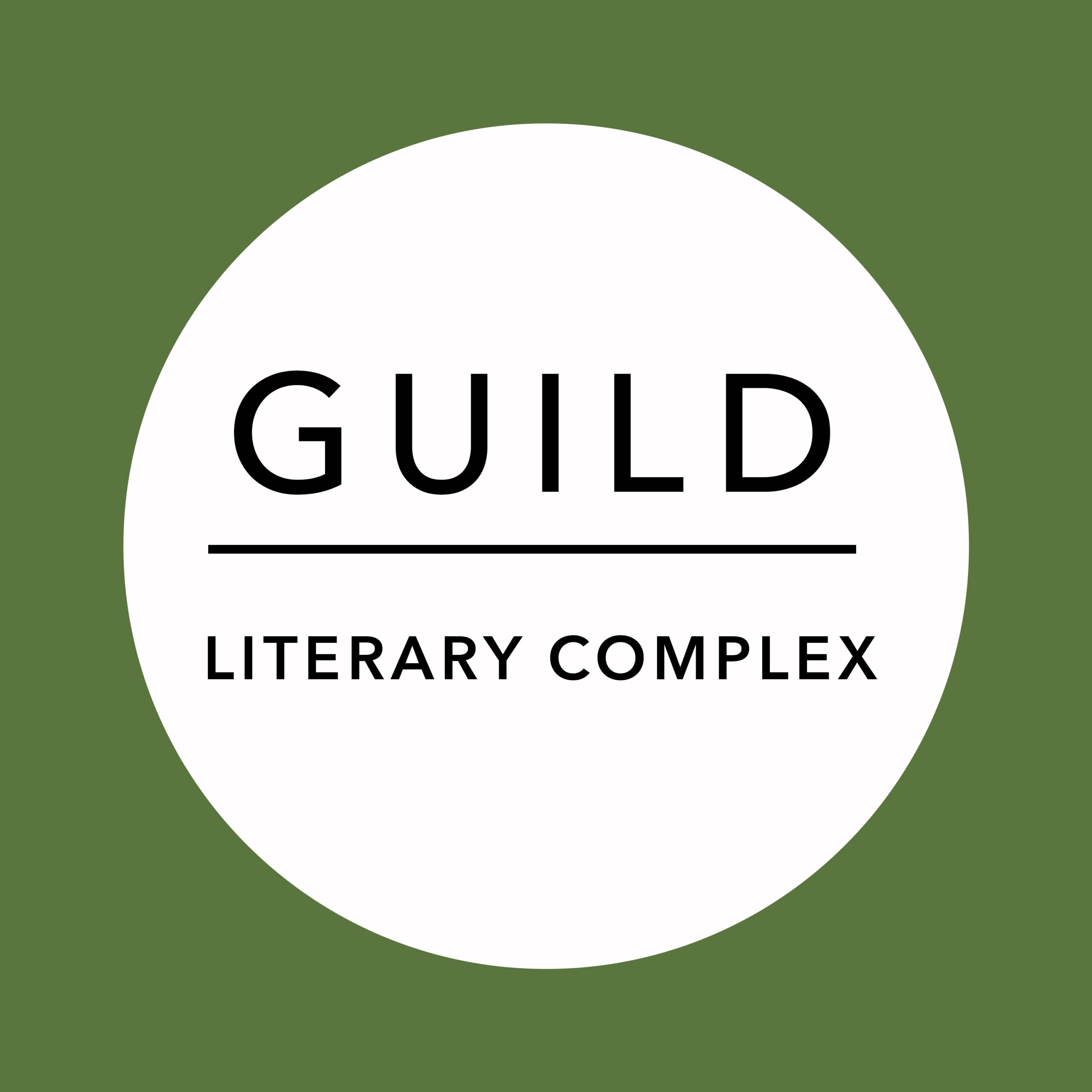