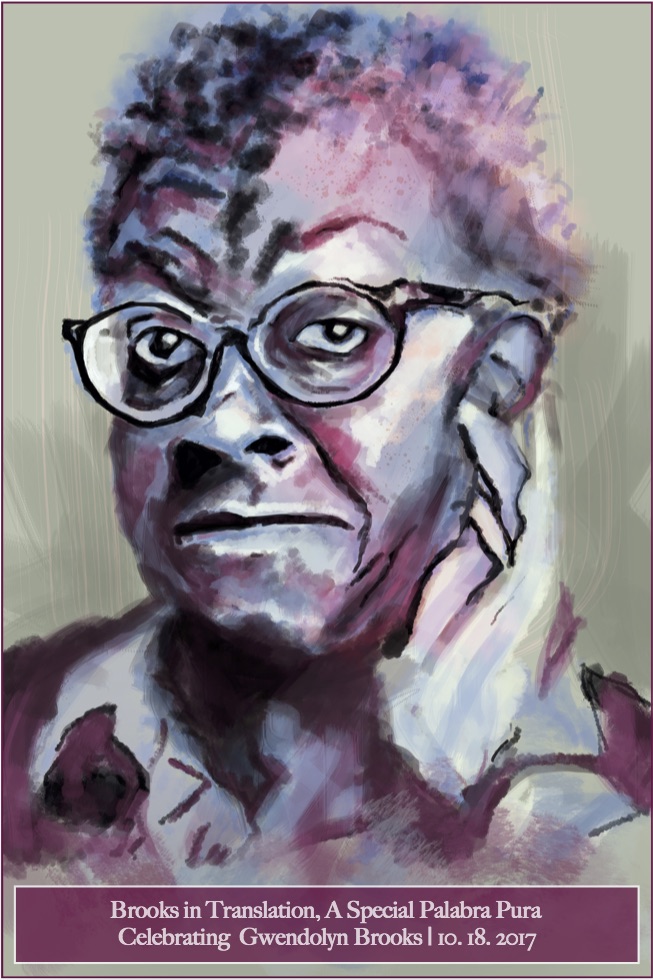 Come for a night of bilingual Brooks with poetry, music, conversation, and more!

Join the Guild Literary Complex in partnership with Our Miss Brooks 100, Brooks Permissions, Chicago Community Trust, and the Chicago Public Library as we bring you a very special Palabra Pura celebrating the life and work of Gwendolyn Brooks.

Brooks in Translation celebrates the broad scope of the late poet’s influence on Chicago poetry in two languages. You can’t miss it! 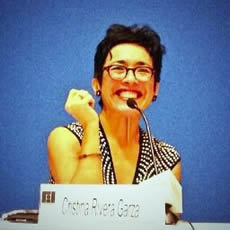 Cristina Rivera-Garza  is the award-winning author of six novels, three collections of short stories, five collections of poetry and three non-fiction books. Originally written in Spanish, these works have been translated into multiple languages, including English, French, Italian, Portuguese, and Korean. The recipient of the Roger Caillois Award for Latin American Literature (Paris, 2013); as well as the Anna Seghers (Berlin, 2005), she is the only author who has won the International Sor Juana Inés de la Cruz Prize twice, in 2001 for her novel Nadie me verá llorar  (translated into English by Andrew Hurley as No One Will See Me Cry ) and again in 2009 for her novel La muerte me da. She has translated, from English into Spanish, Notes on Conceptualisms by Vanessa Place and Robet Fitterman; and, from Spanish into English, “Nine Mexican Poets edited by Cristina Rivera Garza,” in New American Writing 31. She is the Breeden Eminent Scholar at Auburn University and a fellow at the UCSD Center for Humanities fall 2015. She received a Senate Grant from UCSD and the prestigious three-year Sistema Nacional de Creadores grant from Mexico.
La imaginación pública/ Public Imagination (Conaculta Press, 2015) is her most recent published work. She has developed cross-genre collaborative projects with artists and composers in De Mirabilis Auscultationibus,Aristótles, o alguien que se hace pasar por Aristótles, cuenta de las maravillas escuchadas por casualidad acerca de Tacámbaro De Mirabilis Auscultationibus, Aristótles, o someone passing as Aristotle, tells about the marvelous things overheard about Tacámbaro], bilingual edition (Mexico: Acapulco Press, 2015), with artist Artemio Rodríguez; VIAJE – Azione Drammatica Musicale per quattro voci e quattro strumenti (Milan Italy: Sugar Music, 2014), with composer Javier Torres Maldonado; Ahí te comerán las turicatas [You will be eaten by turicatas there] (Mexico: Caja de Cerillos, 2013).
Los muertos indóciles. Necroescrituras y desapropiación, her most recent book of criticism, comparatively explores the contemporary discussions surrounding conceptualist writing in the United States, post-exotism in France, as well as communally-based writing throughout the Americas.
She was born in Mexico (Matamoros, Tamaulipas, 1964), and has lived in the United States since 1989. She studied urban sociology at the National Autonomous University of Mexico and received her PhD in Latin American history from the University of Houston. She has written extensively on the social history of mental illness in early twentieth-century Mexico, and published academic articles in journals and edited volumes in the United States, England, Argentina and Mexico. She received a Doctorate in Humane Letters Honoris Causa from the University of Houston in 2012. 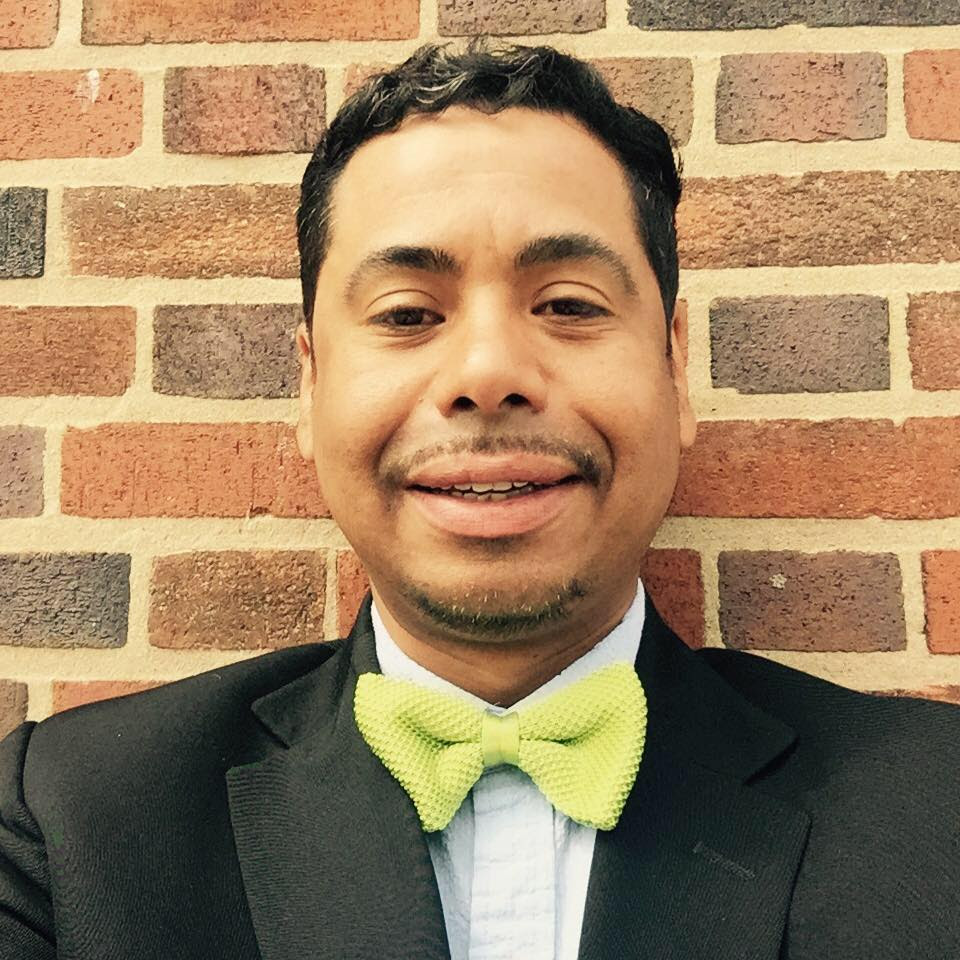 Eduardo Arocho was born and raised in Chicago’s Humboldt Park neighborhood where he currently resides. He is the author of six chapbooks of poetry including: Hot Wings (2013), Highway Island (2008), The 4th Tassel (2006), Poems Behind The Máscara (2002). His poems have also been published in: WE ARE by The Chicago Community Trust (2016); Cantologia 1:Palabra Pura Poets by Pandora Lobo estepario Press (2013); El CENTRO JOURNAL, Center for Puerto Rican Studies at Hunter College, New York, NY, (2001); Power Lines: Anthology by Tia Chucha Press, (2000) and Open Fist: Anthology of Young Illinois Poets by Tia Chucha Press, (1993).

Eduardo Arocho was a featured poet at the 2016 Gerald Manley Hopkins International Poetry Festival in Kildare, Ireland. He has also been featured reciting poetry in both film and radio including: voiceover of three original poems in the independent documentary ‘Flags of Steel’, by Mildred Amador, Chicago, 2008; in the feature film URBAN POET, by New Film Productions, Chicago, 2002; and on the Chicago Matters Series—Our Region Our Community, “From San Juan To Humboldt Park”, aired on WBEZ Chicago Public Radio, (1998). From 2007 to 2014, Arocho was a regular contributor to La Voz del Paseo Boricua Newspaper, published by the Puerto Rican Cultural Center of Chicago. In 2011, he was presented with the Hispanic Heritage Award in Fine Arts from his Alma Matter, Northeastern Illinois University. Arocho is currently completing work on his forthcoming poetry manuscript Nació Maestro. 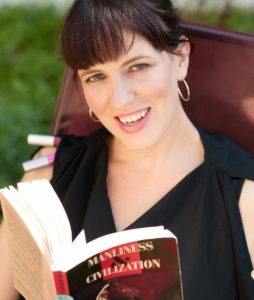 Coya Paz is a writer, director, and lip gloss connoisseur who was raised in Peru, Bolivia, Colombia, Ecuador, Brazil, and the United States. She is the Artistic Director of Free Street Theater, a cofounder of the Proyecto Latina collective, and served as the founding co-Artistic Director of Teatro Luna for nine years. Coya is an Associate Professor in The Theatre School at DePaul University and holds a PhD in Performance Studies from Northwestern University. She is a regular commentator on race, politics, and pop culture for Vocalo.org. Above all, she believes in the power of poetry and performance to build community towards social change. Visit her on the web at coyapaz.com 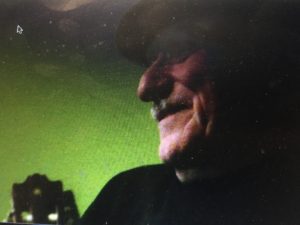 Marc Zimmerman is Professor Emeritus at the University of Illinois in Chicago as well as World Cultures and Literatures at the University of Houston. A Comparative Literature Ph.D. from the U. of California San Diego, he also holds a Creative Writing MA from San Francisco State U..   Author and editor of some twenty-five academic books and director of LACASA Chicago books, he has been publishing stories as well as studies of Chicago Chicano writing and Latino art in El BeiSMan. He has recently published three books of “memoir-fiction,” including Martín and Marvin: A Chicago Jewish Mexican, His Friend and their Latin Worlds (2016), Lines on the Border and The Italian Daze: Notes of a Lost Traveler (both in 2017), with several other such books on the way. In his San Diego years, he co-founded a theater group doing anti-war and civil rights plays, where he also wrote and directed some plays of his own.

Bianca Lisa occasionally composes poetry, crediting anything she writes to the strong women and men in her life who act as muses. Her Latina experience has been largely shaped through the scope of a proud and talented family. Her poems, The Limes in my Grandfather’s Garden and The Fusion of Fault Lines have earned her a spot as a twice semifinalist, once finalist, in two of the Guild Literary Complex’s Gwendolyn Brooks Open Mic Awards. She spends her days as a suburban elementary schoolteacher, surrounded by future engineers, poet laureates, and rock stars (according to them). 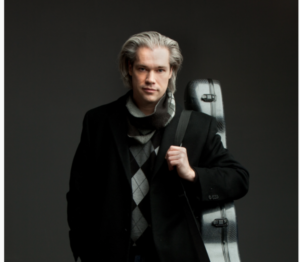 Marcus Dunleavy  has performed professionally as a solo and ensemble guitarist for the past 20 years. He has been a featured artist the Chicago Latino Music Festival and at many venues throughout Chicago including The Chicago Cultural Center, The Goodman Theater, Old Town School of Folk Music, the Auditorium Theater, the Skokie Center for the Performing Arts, Hyde Parks Logan Center, Open Door Rep Theater, The Studebaker Theater and Ikeda Auditorium. He has also performed abroad in Spain, Central America and Japan.

As a performer and speaker with the International Committee of Artist’s for Peace, Dunleavy has given concerts with Jazz fusion pioneer Larry Coryell and, in 2016, collaborated with him on his arrangement of Stravinsky’s “The Rite of Spring” for four guitars. Other collaborations include accompanying dancers for Cerqua Rivera Dance Theatre and The Chicago Human Rhythm Project.

Josh Lava is a musical chameleon who has amassed an impressive and eclectic body of work as a multi-instrumentalist, producer/engineer, composer, and songwriter across the genre spectrum.  Whether he’s composing for full orchestra, performing live with a jazz trio, or producing an electronic dance track, Josh is musically at home pretty much anywhere.

Josh has written and produced music for National Geographic, Sephora/Bare Escentuals Cosmetics, Sony Music, and Illinois gubernatorial candidate Ameya Pawar; performed with notable artists such as rock drumming legend Max Weinberg, comedian Sandra Bernhard, and the world-renowned string ensemble Kronos Quartet; engineered for 60’s pop icon Ronnie Spector and the Rock Band/Guitar Hero video game series; and has played on dozens of records that have been featured on television networks including CBS and WGN, television series such as New Girl and Bloomers, and various print media and radio including NPR, Time Out, Chicago Tribune, and The Onion A.V. Club. No matter what genre he’s working in, Josh strives to create music that is equally rewarding to the head and the heart, merging sophistication with accessibility, intelligence with passion. 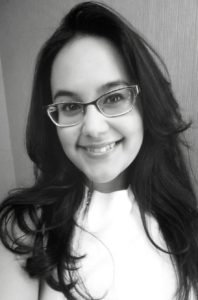 Mezzo-Soprano Stephanie Londoño is a passionate soloist, choral artist, and educator. She appears on the GRAMMY nominated recording of James Whitbourn’s “Annelies,” a work based on the Diary of Anne Frank, with the Westminster Williamson Voices featuring Arianna Zukerman, the Lincoln Trio, and Bharat Chandra. During her time as a member of the Westminster Symphonic Choir, she performed major works with the Philadelphia Orchestra under the direction of Yannick Nezet-Seguin and the Simon Bolivar Orchestra of Venezuela under the direction of Gustavo Dudamel.

Today, Stephanie enjoys singing classical, jazz, and Latin American music around the Chicagoland area. Among her performances, she has had the honor of singing for the Consulate General of Colombia at a World Peace event in Chicago. As an advocate for the arts, she is a proud member of the Chicago Symphony Orchestra’s Latino Alliance, serving on the Advisory Board. Stephanie earned her Bachelor’s of Music in Music Education from Westminster Choir College in Princeton, NJ and currently resides in Des Plaines, IL.