For the second year, the Guild Literary Complex’s will present its signature event, Brooksday 2014—a marathon reading that celebrates the life and work of renowned Chicago poet Gwendolyn Brooks. Taking place at the Chicago Tribune Printers Row Lit Fest on Saturday, June 7—Brooks’ birthday—from 10:00 a.m.–6:00 p.m. at the Guild’s tent (located on the corner of Polk and Dearborn). There will also be a special Brooksday reading taking place at the adjacent Poetry tent from 3:45–4:30 p.m

Andrea Change has been a poet in Chicago for over 20 years, published in a number of poetry magazines, journals, and such poetry anthologies from Tia Chucha Press as Powerlines and Stray Bullets.

Azania Drums (pronounced: ah-zah-nee-ah) is comprised of Betty Shabazz Academy students ranging in age from 6 to 14, grades Kindergarten through 8th. Their instructor is Babu Atiba Walker who is also the Assistant Artistic Director for the Muntu Dance Theater of Chicago.

Dr. Carol L. Adams is President and CEO of The DuSable Museum of African American History. Dr. Adams is founding Director of MAPS (Museums and Public Schools) and the Museum Consortium.

Carolyn Saper is Chicago director of the American Writers Museum, a nonprofit dedicated to establishing the first museum in the country devoted exclusively to celebrating American writers.

Maggie Brown is a Chicago native who made her professional acting and singing debut at the Body Politic Theater. She has traveled with her show, Legacy, which follows the history and evolution of African American music.

Joan Gray is the President and former dancer for Muntu Dance Theatre.

Elizabeth Burke-Dain founded the Around the Coyote arts festival, worked for Columbia College, and ran her own arts PR business. She is currently the Media and Marketing Director at Poetry Foundation.

Eric May is author of the novel Bedrock Faith. An associate professor in the Fiction Writing program at Columbia College Chicago, he’s a former reporter for The Washington Post.

Kurt Heintz is a writer and new media artist. He began long-distance exchanges of live poetry performances by video with the Guild’s 2nd Poetry Video Festival in 1992, which he organized.

Regina Harris Baiocchi is an author and composer whose music has been performed by Chicago Symphony, Detroit Symphony, Milwaukee Brass Quintet, and internationally-acclaimed artists, among others.

Sandra Jackson-Opoku is a native of Chicago and the award-winning author of Where Blood is Born.

Shanara “The MouthPeace” Sanders, a Chicago native of the Westside, is a “poetemcee”, vocalist, actress, and entrepreneur through her company: MouthPeace Entertainment.

Janet Burroway is the author of plays, poetry, children’s books, and eight novels including The Buzzards, Raw Silk, Opening Nights, and Bridge of Sand.

Andrea Change has been a poet in Chicago for over 20 years, published in a number of poetry magazines, journals, and such poetry anthologies from Tia Chucha Press as Powerlines and Stray Bullets.

Teri Boyd has been a picture editor for several media organizations, and has worked with many documentary photographers.

Cristina Henríquez is the author of two books—a short story collection called Come Together, Fall Apart and a novel entitled The World in Half. She’s currently working on her second novel.

Kathleen Rooney is a founding Editor of Rose Metal Press, a nonprofit publisher of literary work in hybrid genres, as well as a member of Poems While You Wait, a team of poets and their typewriters who compose commissioned poetry on demand. She is the author of six books of poetry and nonfiction

Quraysh Ali Lansana is an educator, editor, and the author of five poetry books. Lansana served as the Director of the Gwendolyn Brooks Center for Black Literature and Creative Writing from 2002–2011.

Featuring members of the Chicago Association of Black Storytellers (ASE)

Mama Edie Armstrong is a bilingual storyteller and percussionist.

Baby Tony Brown is a musician and storyteller. He believes stories can transform and inspire its listeners.

D. Kucha Brownlee is a storyteller, vocalist, percussionist, and author. She is co-founder and President of ASE.

Andrea Fain is a poet and storyteller and performs throughout the Chicago area; as well, is Vice-President of ASE.

Dhamana Shauri is a storyteller, who draws story themes from her wealth of experience as a schoolteacher and social worker.

**Please note that following Children Coming Home, Brooksday will move to the Arts & Poetry Tent, located immediately west of the Guild Tent on Dearborn and Polk. It is across the walkway**

(Located west of the Guild Tent on Dearborn and Polk)

Toni Asante Lightfoot is co-founder of the poetry collective Modern Urban Griots. She is a leader of Blackout Arts Collective and was President of the African American Writers Guild.

Barbara Kensey is an award-winning public relations consultant, writer, and pioneer in African American tourism as creator and publisher of Chicago’s first comprehensive resource and visitors guide to Black history and culture.

Donna Seaman is a Senior Editor for Booklist. A recipient of the Studs Terkel Humanities Service Award, Seaman also writes for the Chicago Tribune, among other publications.

Bill Hillman is an author and storyteller from Chicago. His debut novel The Old Neighborhood has received acclaim from the Chicago Tribune, Chicago Reader, and others. He is a current contributor to Playboy online.

Dan “Sully” Sullivan is the founder and curator of the Urban Sandbox, an all-ages poetry event in Chicago. Sully has appeared on Russell Simmons Presents Def Poetry on HBO, WGN Morning News, and NPR.

Alice Kim is a cultural organizer, activist, and writer. She is the Director of The Public Square, a program of the Illinois Humanities Council that creates spaces for public conversations about social, political, and cultural issues.

**After Group 5, Brooksday returns to the Guild Tent just east across the walkway at Dearborn and Polk**

The Aurora Performance Group is the performing arm of Brooks Permissions, illuminating the life and work of Gwendolyn Brooks from different perspectives.

Peggy Shinner is the author of You Feel So Mortal/Essays on the Body (University of Chicago Press 2014). Her work has most recently appeared on Salon. Currently, she teaches in the MFA program at Northwestern University.

Stephen Young, former Senior Editor of Poetry, is currently Program Director of the Poetry Foundation. He was educated at Dartmouth and joined the magazine in 1988.

Robert Polito is a poet and scholar, currently serving as the President of the Poetry Foundation. Prior, he was the Director of the Creative Writing department at The New School for two decades.

avery r. young was indoctrinated with the 400+ years of the African-American experience, history, culture, and art. Avery’s work blends phonetics, linguistics, hymns, jazz and hip-hop to depict the politic and inspiring attributes attached to the stories of a people.

Patricia Smith is the author of six critically acknowledged volumes of poetry, including Shoulda Been Jimi Savannah, winner of the 2013 Lenore Marshall Poetry Prize from the Academy of American Poets, among others. 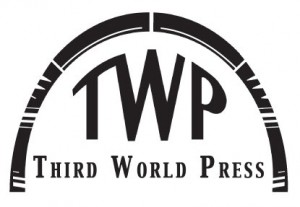 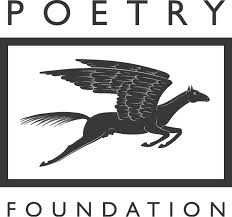 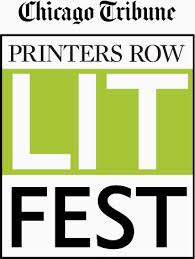