After eight long years away from Chicago, on Friday October 28, 2016, award winning and beloved poet Martín Espada will be hosted by the Guild Literary Complex as he reads from his recently released book, 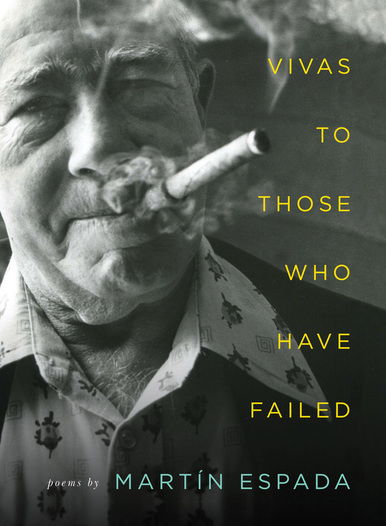 Vivas To Those Who Have Failed (W.W. Norton), and from the October 2016 rerelease of his award winning work, Zapata’s Disciple (Northwestern University Press).

Co-hosted by the Puerto Rican Cultural Center, Volumes Bookcafe, Urban Theater Company, and poet Eduardo Arocho, Mr. Espada will be hosted by the Guild Literary Complex for a night of poetry, questions and answers, conversation and book signings. Mr. Arocho will be moderating the Q&A portion of the evening, so be sure to come with thoughtful qustions for our poets.

Make sure to mark your calendars for what is sure to be an amazing night of literature, politics, and friends.

About Vivas To Those Who Have Failed

In this new collection of poems, Martín Espada gives voice to the spirit of endurance in the face of loss, articulating the transcendent vision of another, possible world. He invokes the words of Whitman in “Vivas to Those Who Have Failed,” a cycle of sonnets about the Paterson Silk Strike and the immigrant laborers who envisioned an eight-hour day. The heart of the new collection is a series of ten poems about the death of the poet’s father, one of Whitman’s “numberless unknown heroes.” “El Moriviví” uses the metaphor of a plant that grows in Puerto Rico and the meaning of its name—“I died/I lived”—to celebrate the many lives of Frank Espada, community organizer, civil rights activist and documentary photographer, from a jailhouse in Mississippi to the streets of Brooklyn. In mourning, the son lyrically imagines his father’s return to a bay in Puerto Rico: “May the water glow blue as a hyacinth in your hands.” Other poems confront collective grief: In the wake of the killings at the Sandy Hook Elementary School, “Heal the Cracks in the Bell of the World” urges us to “melt the bullets into bells.” Yet the poet also revels in the absurd, recalling his dubious “career” as a Shakespearean actor in a brawling company, finding madness and tenderness in the crowd at Fenway Park. Espada defiantly subverts the definition of “those who have failed.”

To purchase Vivas to Those Who Have Failed in advance of Palabra Pura click here to be redirected to Amazon.com. 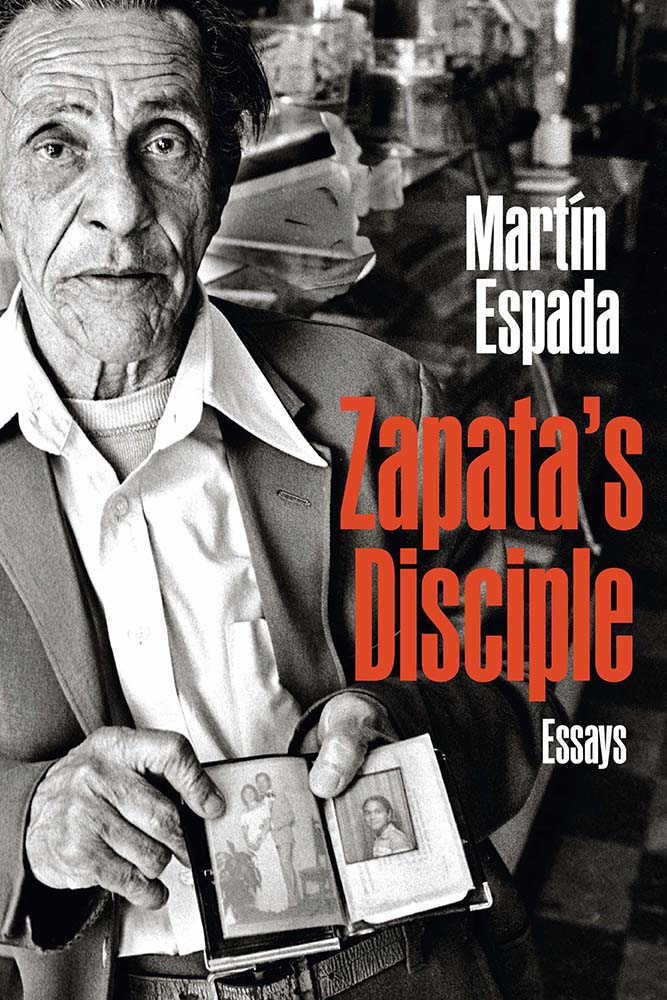 The ferocious acumen with which the award-winning poet Martín Espada attacks issues of social injustice in Zapata’s Disciple makes it no surprise that the book has been the subject of bans in both Arizona and Texas, targeted for its presence in the Mexican American Studies curriculum of Tucson’s schools and for its potential to incite a riot among Texas prison populations. This new edition of Zapata’s Disciple, which won the 1999 Independent Publisher Book Award for Essay / Creative Nonfiction, opens with an introduction in which the author chronicles this history of censorship and continues his lifelong fight for freedom of expression. A dozen of Espada’s poems, tender and wry as they are powerful, interweave with essays that address the denigration of the Spanish language by American cultural arbiters, castigate Nike for the exploitation of its workers, reflect upon National Public Radio’s censorship of Espada’s poem about Mumia Abu- Jamal, and more. Zapata’s Disciple is a potent assault on the continued marginalization of Latinos and other poor and working-class citizens in American society, and the collection breathes with a revolutionary zeal that is as relevant now as when it was first published.

To purchase Zapata’s Disciple in advance of Palabra Pura click here to be redirected to Northwestern University Press.

Martín Espada was born in Brooklyn, New York in 1957. He has published almost twenty books as a poet, editor, essayist and translator. His new collection of poems from Norton is called Vivas to Those Who Have Failed (2016). Other books of poems include The Trouble Ball (2011), The Republic of Poetry (2006), Alabanza (2003), A Mayan Astronomer in Hell’s Kitchen (2000), Imagine the Angels of Bread (1996), City of Coughing and Dead Radiators (1993) and Rebellion is the Circle of a Lover’s Hands (1990). His many honors include the Shelley Memorial Award, the Robert Creeley Award, the National Hispanic Cultural Center Literary Award, an American Book Award, the PEN/Revson Fellowship and a Guggenheim Fellowship. The Republic of Poetry was a finalist for the Pulitzer Prize. The title poem of his collection Alabanza, about 9/11, has been widely anthologized and performed. His book of essays, Zapata’s Disciple (1998), was banned in Tucson as part of the Mexican- American Studies Program outlawed by the state of Arizona, and will be issued in a new edition by Northwestern University Press. A former tenant lawyer in Greater Boston’s Latino community, Espada is a professor of English at the University of Massachusetts-Amherst. Click here to for more on Mr. Espada’s life and work.

Our October Palabra Pura Curator, Eduardo Arocho (Chicago/Puerto Rico) is the author of six chapbooks of poetry including: Hot Wings (2013), Highway Island (2008), and Poems Behind The Máscara (2002). 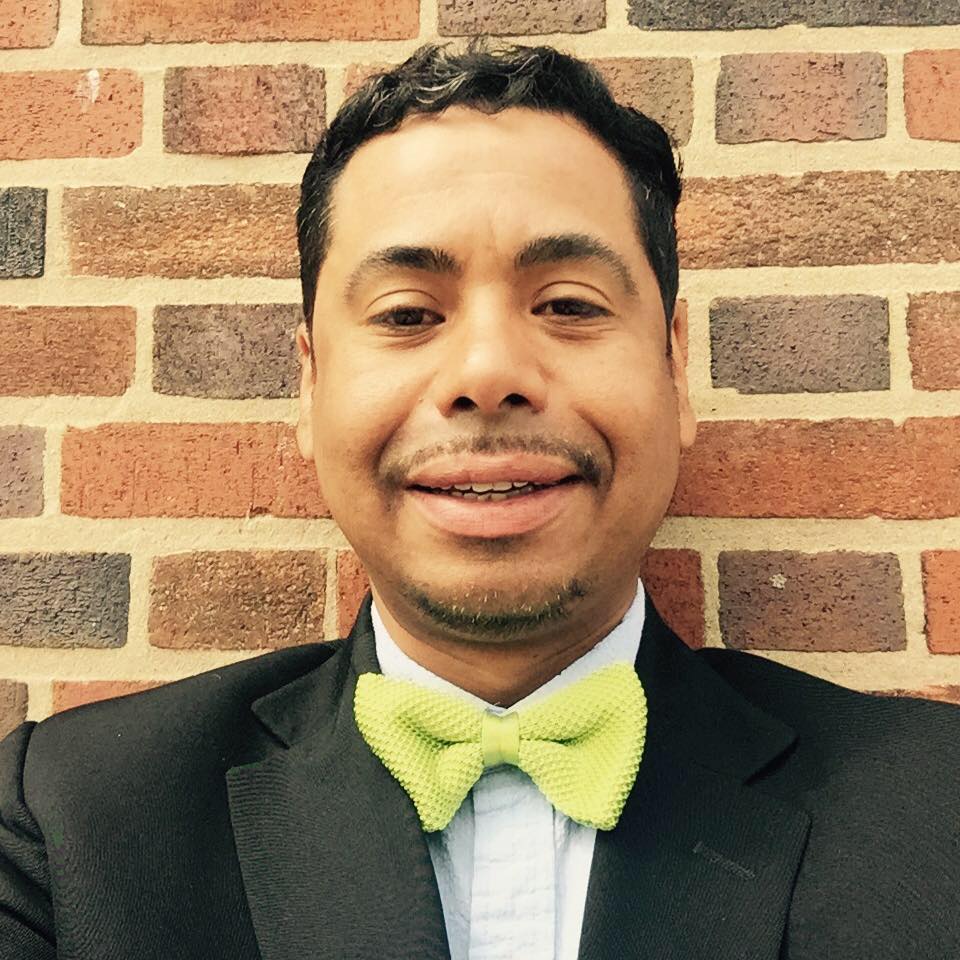 Thank you Eduardo for curating!

For more details and updates be sure to click “Going” for this event, and check with us at GuildComplex.org, or get updates through our Facebook Event Page.

See you on the 28th of October!