An artist's duty, as far as I'm concerned, is to reflect the times.
-Nina Simone

While the Guild has paused its programming, we're still working hard preparing for many events in late summer and fall. Our programs are more important now than ever.

Read our statement of solidarity from the Guild's Board of Directors here. 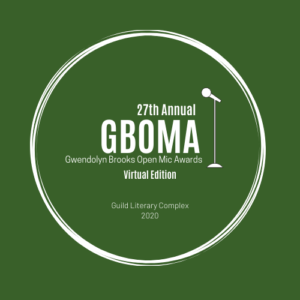 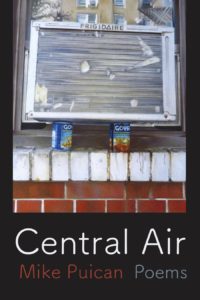 “When I read Mike Puican’s Central Air, I can feel Chicago in my bones like hot sidewalks and gridded streets. Here is a Midwest crooner with a river of Red Line in his blood. Here is a catechism of Father-prayers and tenement doorways. Reader, ‘Tonight the crack in the asphalt is speaking to me,’ and its voice is wonderment wandering from Mike’s town to yours. Wherever you are, open these pages to find a map back to a place where the wind is ruler of everything it touches, a place that ‘twists its way into our hearts.’” —Pulitzer Prize winner, Tyehimba Jess, author of Olio

“Here we have it—keenly addictive chronicles of the Chicago poet and his Chicago brethren, living their just-ain’t-no-livin’-like-this Chicago lives against that utterly iconic Chicago backdrop. Mike Puican’s homage to that most relentless of cities is nothing less than revelatory, and the poetic landscape will have to shift in appreciation.” —Patricia Smith, author of Incendiary Art (Northwestern, 2017)

“In Mike Puican’s striking debut, Central Air, poems not only question our surroundings but allow our surroundings to question us—Chicago becoming as central a character as any other. With vivid imagery and a fine control of rhetoric, Puican’s poems are as strong giving life to a bar joke as they are representing the challenges of addressing the divine.” —C. Dale Young, author of The Affliction: A Novel in Stories

"Mike Puican’s poems are stern, compressed, and unsentimental. But they are also big-hearted and empathic, even when their evocations of human failing are at their most acute. The poems succeed through an unobtrusive mastery of craft, surprising turns of imagery, narrative precision, and an unerring consistency of voice. The book is also a masterly evocation of contemporary Chicago, a worthy successor to collections such as Sandburg's Chicago Poems or Brook's A Street in Bronzeville. This is notable company indeed." —David Wojahn, author of Interrogation Palace: New and Selected Poems 1982-2004

"Mike Puican's Central Air is filled with vividly exuberant and deeply empathetic images of life. He has shaped the cheer and sorrows of hundreds of human moments into a bright constellation of poetic energy and inventiveness. His way of capturing spiritual as well as carnal intensities is striking and original. What a great debut! And a great Chicago book, as well." —Reginald Gibbons, author of How Poems Think

At the end of 2019, the Guild exceeded its goal of raising $30k to celebrate its 30th anniversary.

Thanks to the generosity of our many supporters throughout the city. This shows that our programs are more relevant than ever, and we look forward to making even bigger impacts in Chicago as we begin 2020! 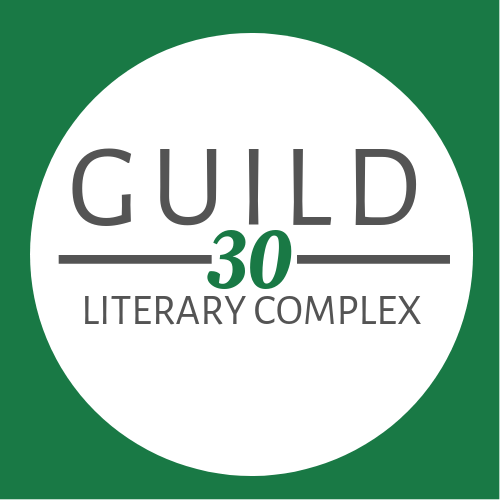 Since 1989, the Guild Literary Complex has served the Chicago community through innovative programming that highlights the intersections of marginality, the power of community, and the impact of arts and activism. We build on Chicago’s rich literary traditions through vibrant storytelling and radical inclusion, advancing access to and from the margins. The Guild Literary Complex supports and encourage voices of all backgrounds and experiences to tell their truths, whether they are literary powerhouses or talented newcomers. We view literature as a vehicle of connectivity, and aim to merge seemingly disparate groups across Chicago's 50 wards. The Guild Literary Complex is a 501c3 nonprofit organization working in collaboration with the City of Chicago and organizations like the Poetry Foundation, The Museum of Contemporary Art, The Art Institute of Chicago, The Chicago Literary Hall of Fame, The Southeast Asian Center,  Brooks Permissions, Third World Press, Sones de Mexico and many others, creating dynamic programming highlighting our varied and robust literary community of voices speaking from the margins.