In September 2014, the Guild Literary Complex sent five Chicago writers to the 2014 Kapittel International Festival of Literature and Freedom of Speech in Stavanger, Norway. NOW, for the first time since their return, the authors will give a special reading of creative work inspired by the trip and lead a community dialogue on free speech issues. Voices of Protest: Home Edition will take place on Thursday, March 12, 7:00 p.m., and is co-presented with 826CHI at 1276 N. Milwaukee Avenue, Chicago. The program is open to the public and free of charge. Donations will be accepted.

Participating authors include: Adam Gottlieb, L’Oréal Patrice Jackson, Sahar Mustafah, Erika L. Sánchez, and M. Quinn Stifler. Each emerging writer was chosen to participate in Voices of Protest due to their professional practices integrating art and activism, which includes work on gender, race, women’s rights, peace initiatives, and other issues.

Voices of Protest programs are supported in part by the John D. and Catherine T. MacArthur Foundation’s International Connections Fund, and in a continued partnership with the International Cities of Refuge Network (ICORN).

See below for information on authors and partners!

For more information on the 2014 Kapittel festival, click here.

Adam Gottlieb is a poet/teaching-artist from Chicago. He got into spoken word at age 14 via the Young Chicago Authors teen poetry slam festival Louder Than a Bomb, and was featured in the documentary film by the same name. He recently graduated from Hampshire College, where he studied poetry and critical pedagogy. He seeks to promote the use of poetry as a medium for dialogue, self-expression, and positive social change. 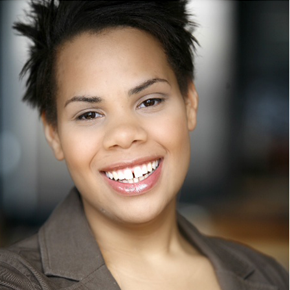 L’Oréal Patrice Jackson is an artist rooted in theatre, music, movement and writing. As an arts educator she teaches theatre performance, improvisation, storytelling, and multi-disciplinary art. She has worked with Steppenwolf, Writers Theatre, and Columbia College Chicago, among others. Before recently relocating to California, she served as a youth leader for Soka Gakkai International (SGI), a lay Buddhist organization dedicated to peace culture and education, and she was the Education Associate at About Face Theatre, a production company with a focus on lesbian, gay, bisexual, queer, and ally arts. 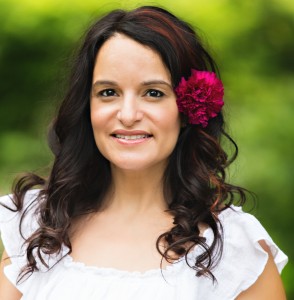 Sahar Mustafah writes about “the others”—Arabs in the United States and abroad—who are often deemed strange and disparate from the larger racial community. Her work has appeared in anthologies and journals including Great Lakes Review, Word Riot, Flyleaf, Hair Trigger, and Chicago Literati, and she’s performed with 2nd Story Chicago. She’s the recipient of a Pushcart nomination. She is a teacher and co-founder of Bird’s Thumb, an online literary journal devoted to new and emerging voices. She received her MFA from Columbia College Chicago. 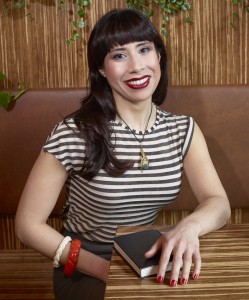 Erika L. Sánchez is a Fulbright Scholar, CantoMundo Fellow, and winner of the “Discovery”/Boston Review Prize. Her poetry has appeared in Pleiades, Witness, Anti-, Hunger Mountain, Crab Orchard Review, Hayden’s Ferry Review, Copper Nickel, Boston Review, “Latino USA” on NPR, and is forthcoming in diode and Please Excuse This Poem: 100 New Poems for the Next Generation (Penguin 2015). Her nonfiction appears in The Guardian, Al Jazeera, Rolling Stone, Salon, NBC News, Cosmopolitan, and many others.

M. Quinn Stifler received a B.A. in Creative Writing and Women’s & Gender Studies at DePaul University. Stifler has worked with Threshold, DePaul’s student-run literature and arts journal, and is a co-founder and editor of No Assholes Literary Magazine. Stifler was a finalist for the 2013 Gwendolyn Brooks Open-Mic Poetry Award, and regularly participates in and organizes house readings around Chicago.

826CHI is a non-profit organization dedicated to supporting students ages 6 to 18 with their creative and expository writing skills, and to helping teachers inspire their students to write. Services are structured around the understanding that great leaps in learning can happen with one-one-one attention, and that strong writing skills are fundamental to future success. 826 CHI provides after school tutoring, creative writing workshops, field trips, in-school support, help for English language learners, and assistance with student publications. All programs are tuition-free, and serve more than 3,500 students each year.  (www.826chi.org)

The International Cities of Refuge Network (ICORN) is an association of cities around the world dedicated to the value of Freedom of Expression. Writers have consistently been targets of politically motivated threats and persecution, and the network believes it is necessary for the international community to formulate and implement an appropriate response. Each ICORN city focuses on one writer at a time, each writer representing the countless others in hiding, in prison or silenced forever. By providing a Guest Writer with a safe place to stay and economic security for a standard term of two years, ICORN cities make an important, practical contribution to the promotion of Freedom of Expression. (www.icorn.org)