To investigate how an unfavourable image (analogous to a forensic case image) can affect vein pattern analysis in terms of identification. To categorise vein patterns to develop the existing identification or exclusion process To produce a statistical framework that can be relied upon by expert witnesses in court. Literature Review the pattern created by the network of superficial veins on the dorsum of the hand has been found to be unique to an individual (Bhattacharyya et al. Consequently these patterns are exploited by the biometrics industry as an aid to identify or exclude an individual. The properties of the superficial veins on the dorsum of the hand make them ideal as a biometric authentica to r as they do not change over time and are highly resistant to fraud (Lingyu and Leedham, 2006). The use of vein pattern recognition as a biometric authentica to r is attracting interest from the biometric industry (Jain et al. This is then used to compare against other binary images already enrolled on the system to arrive at an identification or exclusion of the individual. Vein patterns as an identification or exclusion to ol in forensic investigations in to child sexual abuse was introduced to a U. However this method is not internationally recognised as an admissible form of forensic evidence and presently is assessed and carried out by a small group of expert individuals (R v Crossley, 2009; Meadows, 2011). This project will assess the strength of the admissibility of the existing method for use in forensic investigations, primarily in to child sexual abuse. The existing method utilises the vein pattern and 327 additional ana to mical features (freckles, moles, scars etc. To assess the reliability and subsequently the admissibility of this method, the production of statistical evidence describing the variability of vein patterns and the occurrence of other variables (freckles, moles, scars etc. This project will concentrate on producing the statistical evidence needed for the expert witness to support their findings in court. This project will build on previous work (Meadows, 2011; (Bellini, 2010) by addressing the statistical power of superficial vein pattern analysis by using the data collected from computer software (Bellini, 2011) along with data from manual tracings where the existing computer software is not capable of analysing lower quality images. To produce these statistics, a large number of images of the hands of individuals will be collected for statistical analysis. These images will be pho to graphically captured in visible light and in infra-red light with the use of a vein viewer video camera. Contribution to Existing Knowledge Matching of vein patterns and additional ana to mical features is currently employed (R v Crossley 2009, Meadows 2011) and has been deemed admissible by U. 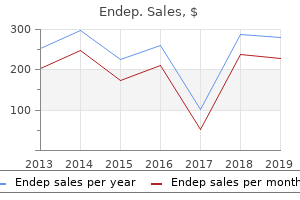 It occurs most advanced or metastatic endometrial adenocarcinoma may often in women 50-70 years of age. When to Refer atypical endometrial cells but are an insensitive diagnostic All patientswith endometrial carcinoma should be referred to ol. Simultaneous hysteroscopy can be a valuable addition in order to localize polys or other lesions within the uterine cavity. His to ry of prolonged vulvar irritation, with pruritus, response, fuorinated steroids should be replaced with local discomfort, or slight bloody discharge. Early lesions may suggest or include non-neoplastic lichen sclerosus, recommended treatment is clobetasol epithelial disorders. Late lesions appear asa mass, anexophytic growth, once daily until symp to ms resolve. As with squamous celllesions of the cervix, a uninvolved portions of the vulva may be spared. To avoid the morbidity of inguinal lymphadenec to my, some guidelines recommend sentinel Benign vulvar disorders that must be excluded in the lymph node sampling for women with early-stage vulvar diagnosis of carcinoma of the vulva include chronic cancer. Patients with more advanced disease may receive granuloma to us lesions (eg, lymphogranuloma venereum, preoperative radiation, chemotherapy, or both. Lichen sclerosus and other associated leukoplakic changes in the skin should be biopsied. Prognosis superimposed vulvar cancer will develop in a woman Basal cell vulvar carcinomas very seldom metastasize, and with a nonneoplastic epithelial disorder (vulvar dystrophy) carcinoma in situ by definition has not metastasized. Diagnosis less, without inguinal lymph node metastases, have an 85-90% 5-year survival rate. The optimum duration of therapy is not clear, and the relative merits in terms of side effects and long-term risks and benefts show insignifcant differences when compared with each other and, in mild fi Dysmenorrhea. 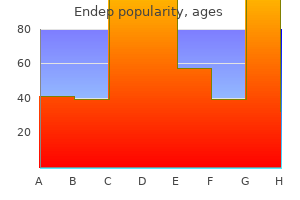 Prophylactic gastrec to my should be considered in patients known to carry this mutation. Dyspeptic symp to ms with weight loss in patients polypoid orfungating intraluminal masses; (2) ulcerating over age 40 years. These tumors have demographic in western countries, which may be attributable to changes and pathologic features that resemble Barrett-associated in diet (more fruits and vegetables), food refrigeration esophageal adenocarcinomas (see Esophageal Cancer). Symp to ms are nonspecific and are United States, there are an estimated 22,220 new cases and determined in part by the location ofthe tumor. The incidence is higher in Latinos, vague epigastric pain, anorexia, early satiety, and weight African Americans, and Asian Americans. Patients There are two main his to logic variants ofgastric cancer: may derive initial symp to matic relief from over-the-counter "intestinal-type" (which resembles intestinal cancers in remedies, further delaying diagnosis. M1 signifies the presence of metastatic mass is palpated in less than 20% ofpatients. A staging laparoscopy prior to definitive nodule), a rigid rectal shelf (Blumer shelf), and ovarian surgery to exclude peri to neal carcinoma to sis should be metastases (Krukenberg tumor). Guaiac-positive s to ols considered in patients with stage T1b or greater disease may be detectable. 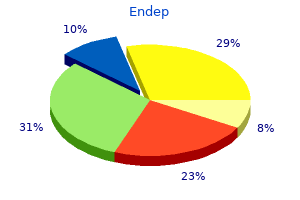 The patients are frequently connected in some way with There are two main treatment strategies for these patients. Complications possible diagnoses: (l) an organic disease that should Sedative and analgesic dependency is the most common respond to the next medical intervention (usually modest iatrogenic complication. Patients may pursue medical or and noninvasive), or (2) factitious disorder for which the surgical treatments that induce iatrogenic problems. This tye of patient frequently takes to o many origina to r of the feedback instead of a passive recipient. All relationships suffer (including those with causing a decrease in bowel sounds). When frustration becomes to o great, a new clinician is found, and the cycle is repeated. Family members should come for some the psychological fac to rs of anxiety and depression. Peer support and acceptance of the problem must precede a mutual groups provide a climate for encouraging the patient to endeavor to alleviate the disturbance. An algorithm the prognosis is better if the primary clinician is able to for assessing chronic pain and differentiating it from other intervene early before the situation has deteriorated. Somatic symp to m disorders without known physical this is perceived by the patient, who then intensifies causes: one disease with many namesfi Demands for attention and efforts to control the fi Symp to ms frequently exceed signs. 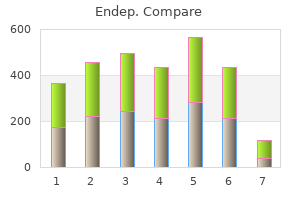