The competent authority or some other appropriate body should make suitable arrangements to give information, advice and guidance to individual undertakings with respect to technical questions involved in the setting up and operation of canteens. Trolleys should not, however, be introduced into workplaces in which dangerous or harmful processes make it undesirable that workers should partake of food and drink there. In undertakings in which workers are dispersed over wide work areas, it is desirable, where practicable and necessary, and where other satisfactory facilities are not available, to provide mobile canteens for the sale of appropriate meals to the worker. Special consideration should be given to providing shift workers with facilities for obtaining adequate meals and beverages at appropriate times. In localities where there are insufficient facilities for purchasing appropriate food, beverages and meals, measures should be taken to provide workers with such facilities. The workers should in no case be compelled, except as required by national laws and regulations for reasons of health, to use any of the feeding facilities provided. Along with nutritional deficiency, they represent a major cause of accidents, fatal injuries, disease and absenteeism at work in both industrialized and developing countries. The programme focuses on 378 International standards, policies and programmes prevention in translating concepts into policies and policies into action at the national and enterprise levels. Absenteeism is two to three times higher among drug and alcohol abusers than for other workers. Nearly 1,000 workers are murdered on the job every year in the United States, and work place homicide is the leading cause of death at work for women and the second leading cause for men, after traffic accidents. The use of or exposure to tobacco products has become the largest cause of preventable death worldwide, and smokers account for 50 per cent more working days lost than non-smokers. One relevant topic is shift work and night work, which adds to work-related stress as well as nutritional disorders. The draft Convention makes specific provisions regarding kitchens, dining areas, food handling, catering and qualifications for ships’ cooks. The purpose is to ensure that seafarers have access to high-quality food and drinking water provided under regulated hygienic conditions. Meals should take account of differing cultural, religious and gastronomic backgrounds; and seafarers living on board a ship should be provided with food free of charge during the period of engagement. In addition, the International Labour Conference is scheduled to adopt the Recommendation on Work in the Fishing Sector in June 2005. Chronic diseases – including cardiovascular conditions, diabetes, stroke, cancers and respiratory diseases – account for 59 per cent of the 57 million deaths annually, and 46 per cent of the global disease burden. This reflects a significant change in diet habits and physical activity levels worldwide as a result of industrialization, urbanization, economic development and increasing food market globalization. This population-wide, prevention-based strategy is being developed through extensive consultation and was presented to the World Health Assembly in May 2004. The overall goal of the strategy is to improve public health through healthy eating and physical activity. 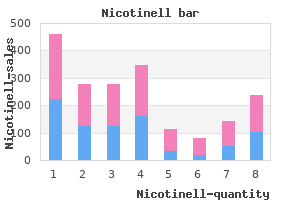 Prescribers should be aware of the limitations imposed by licences If successful treatment has been initiated for mania, long-term for different medicines and potential safety concerns documented treatment should be considered (see below) (S). If the patient is taking lithium, consider adding a dopamine antagonist or partial agonist, or valproate, as in (a) above (****). Consider quetiapine, lurasidone or olanzapine episode occurring off long-term treatment. Dopamine antagonists have the inherent advantage of If the current episode is due to poor adherence, establish the being anti-manic treatments (I). For example, if non Antidepressants (meaning drugs for a major depressive epi adherence is associated with an adverse reaction, consider dose sode in a unipolar illness course) have not been adequately stud reduction, assuming the adverse effect is dose related, or a switch ied in bipolar disorder. The com deliberate, and not related to tolerability, use of lithium long term mon use of other antidepressants in patients with bipolar disorder may not be indicated due to the risk of mania and depression on is an extrapolation from effects established in a unipolar illness its withdrawal (I). When depressive symptoms are less severe, and despite lim (d) the presence of mixed features in a manic or hypo ited evidence, lithium may be considered, especially as a prelude manic episode. The Consider family-focused, cognitive behaviour therapy or implications for treatment are uncertain. Existing data from sec interpersonal rhythm therapy as an additional treatment, when ondary analysis of trials for mixed episodes suggest that treat available, since these may shorten the acute episode (**). Ensure that the current choice of hypomanic episode and consider if medically assisted with long-term treatments is likely to protect the patient from manic drawal is required (S) relapse. Drug discon and/or serum concentrations of lithium within the usual target tinuation should be planned in relation to the need for long-term range (S). Many medicines shown to be effec If the patient fails to respond to optimization of long-term tive for the treatment of mania have also been shown to be effec treatment, and especially if depressive symptoms are significant, tive in relapse prevention (I). See also section on treatment-resist Medicines only used for the acute treatment of mania may be ant depression below. The available network meta-analyses may not be stable Any medication used adjunctively for symptomatic effect to because rankings are strongly influenced by inclusion criteria promote sleep or sedation should be discontinued as soon as and indirect comparisons sometimes contradict the findings from symptoms improve (S). Consider a wider package ral history of the disorder, it may be increased by monotherapy of treatment offering enhanced psychoeducation, motivational with antidepressants. The dual-action monoamine re-uptake and family support, especially in the early stages of illness to inhibitors (venlafaxine, duloxetine, amitriptyline and imipra promote behaviour change and adherence to medication (***). Only lamotrigine, lithium and quetiapine were convinc ingly shown to prevent depressive relapse. Lurasidone also pre (d) Tapered discontinuation of antidepressant drugs may vents relapse to depression. 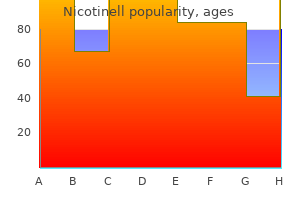 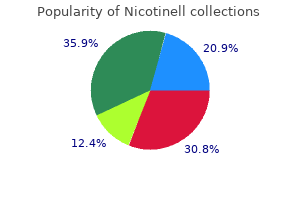 By 1995, at least 50 patents on Biological Diversity specifcally recognizes had been granted to U. These patents have been contested by traditional remedies and other native species environmentalists and international aid groups (Barnet, 2006; see also Convention text: In 2001, following an Indian proposal in response to the patents of traditional products such as neem and tumeric (used Overharvesting for wound healing), the World Intellectual In addition to the loss of access to traditional remedies by indigenous peoples, overcollection Worldwide, between 50,000 and of species poses a signifcant threat to some 80,000 fowering plants are used commercially valuable wild species and to medicinally. The to monitor and control global trade in wild Task Force carried out an extensive search on species, including those used for medicinal international patent databases and found more purposes. National than 5,000 patent references on 90 medicinal Park Service have published several reports plants in U. Patent and Trademark Ofce documenting overcollection threats to wild databases alone. But now, slippery elm and other herbal products that were once used seasonally by locals are in demand by millions. Slippery Ginseng roots elm wood has no commercial value, so trees Photo courtesy Kathryn A. Fify-pound bags Sales of wild and cultivated ginseng exceed of bark can command as much as $150. This $25 million each year in North America, with species has been identifed at “at risk” by the wild ginseng seen as the more desirable type. Forest Service and other institutions as at risk from overharvesting and habitat degradation (U. As wildlands are destroyed or degraded, we lose unique and precious species, from fowers to frogs to buterfies, and with them potential resources to combat hunger, poverty, natural disasters, and social and economic insecurity. This loss of diversity may also take with it important cures for diseases — both those we face now and those that may emerge in the future. Unchecked commercialization may render important traditionally used medicinal plant resources inaccessible and unafordable to populations that have relied on them for centuries — as well as to the rest of the world. When President Nixon and Congress enacted the Endangered Species Act in 1973, they recognized that species conservation and human survival go hand in hand. Congress’ deliberations leading up to the passage of the law emphasized this point. The House Commitee on Merchant Marine and Fisheries, in explaining the need for H. From the most narrow possible point of view, it is in the best interests of mankind to minimize the losses of genetic variations. 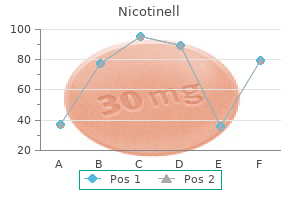