We have selected the most common pediatric conditions that are referred for an ultrasound examination of the nail and for academic purposes these have been divided into the following categories: Ungual Tumors these are composed of primary conditions that originate from the nail. Solid Glomus Tumor these benign entities are derived from the neuromyoarterial apparatus and their main symptom is the exquisite pain that is present in the majority of the cases. Glomus tumors are not frequent in infants; however, they have been reported in children 11 years old associated with neurofbromatosis type 1. They have been reported in children and have been described as being associated with tuberous sclerosis. Also, fbrous tumors may produce scalloping of the bony margin of the distal phalanx (Figure 20. They appear as hypoechoic structures with hyperechoic spots or lines that conform a band-like pattern. Frequently, they have an eccentric location in the nail bed and affect one of the matrix wings. No signs of hypervascularity or scalloping of the bony margin have been detected (Figure 20. Power Doppler ultrasound (longitudinal view, left thumb) demonstrates increased thick ness and decreased echogenicity of the nail bed, upward displacement of the nail plate, and hypervascularity in the proxi mal part of the nail bed. Cystic Mucous Cyst these cystic structures contain mucoid material and degenerated collagen. On ultrasound, they present as well-defned oval or round-shaped anechoic structures with posterior acoustic enhance ment, an artifact typically seen in fuid-flled lesions. If the cyst involves the matrix region, secondary thickening and irregularities in the nail plate may be detected. Color Doppler ultrasound (longitudinal view) shows well-defned round-shaped and slightly lobulated anechoic structure within the nail bed that involves the matrix region. The following are those conditions that are most com monly derived for ultrasound examination in the pediatric population in our department: Granuloma these entities are composed of scarring and chronic infammatory changes that produce a mass-like structure. On ultrasound, they appear as ill-defned hypoechoic hypovascular structures; however, the telangiectatic (vascular) variant may present hypervascularity with slow-fow vessels. Due to involve ment of the matrix region, thickening, upward displacement, and irregularities of the nail plate may be seen. On ultrasound, they appear as hypoechoic fusiform structures with an eccentric location and secondary thickening and irregularities of the nail plate. Commonly, they are hypovascular in the nail bed; however, they may present hypervascularity in the periungual tissues. Rarely, subungual warts may show a nodular shape in the proximal nail bed (Figure 20.

A manifestation of this is a change in capillary permeability, which permits loss of sufficient fluid from the bloodstream to cause hemoconcentration, shock, and death. In low concentrations, phosgene oxime severely irritates the eyes and respiratory organs. The action on the skin is immediate: phosgene oxime provokes irritation resembling that caused by a stinging nettle. Initial symptoms are characterized by violent convulsions, increased deep respiratory movements, followed by cessation of respiration within one minute, slowing of heart rate to death. High concentrations exert their effects rapidly; however, if the patient is still alive after the cloud has passed, he or she will probably recover spontaneously. Cyanogen chloride and cyanogen bromide after absorption reacts in such a way that hydrogen cyanide is eventually released. Their effects on the body are essentially similar to those of hydrogen cyanide, but, in addition, they also have local irritant effects. The cyanogen compounds hydrolyze slowly in water with subsequent gradual loss of toxicity. Hydrogen cyanide has an affinity for oxygen and is flammable; hence it is less efficient when dispersed by artillery shells. Cyanogen chloride is only slightly soluble in water, it dissolves readily in organic solvents. Cyanogen chlorides pungent, biting odor is marked by its irritating lacrimatory properties. Cyanogen halides are rather poorly absorbed onto charcoal, especially if the charcoal is damp. Automatic detectors are available which detect attack concentrations of vapors of hydrogen cyanide, cyanogen chloride and cyanogen bromide. The charcoal in the canister of the protective mask poorly absorbs Hydrogen cyanide. Nevertheless, standard military protective masks provide adequate protection against field concentrations of blood agent vapors. The cyanide ion forms a reversible complex with the respiratory cytochrome oxidase enzyme system, an enzyme system essential for oxidative processes within cells. The central nervous system, particularly the respiratory center, is especially susceptible to this effect and respiratory failure is the usual cause of death. Drug treatments include, compounds producing Methemoglobin, Hydroxyocobalamin, and Dicobalt edetate. Artificial resuscitation, though possible, is not likely to be helpful in the absence of drug treatment. 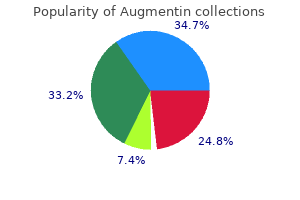 Selection of the target pathogen is critical and non-proteolytic types B and F, but not C. Control of refrigeration is critical to the safety to eliminate spores of bacterial pathogens. Determining the degree of destruction of the target botulinum and reduced oxygen packaging is pathogen is also critical. These products include proteolytic types B and F, and that do not contain cooked, hot-flled soups, chowders, or sauces barriers to its growth should be refrigerated that are flled directly from the cook kettle using or frozen to control C. This is the case when the product does container, products that are cooked and then not contain other barriers that are suffcient placed in the fnal container also are at risk to prevent growth and toxin formation by for recontamination after they are placed in this pathogen. It is also possible that higher degrees of destruction may be necessary in Additionally, because these products are cooked some foods if especially high initial levels are before they are packaged, they are at risk of anticipated. The risk of recontamination may be minimized Table A-4 provides 6D process times for a range by flling the container in a sanitary, automated, of cooking temperatures, with C. This control rates and process times provided in the table strategy is suitable for products that are flled may not be suffcient for the destruction of C. It is not ordinarily and F in soups or sauces containing dungeness suitable for products such as crabmeat, lobster crabmeat because of the potential that naturally meat, or crayfsh meat that are handled between occurring substances, such as lysozyme, may cooking and flling. Hot flling is also covered in enable the pathogen to more easily recover Chapter 18. There are a number of strategies for the control of pathogenic bacteria in fsh and fshery You may monitor End-Point Internal Product products. You should (1) conduct a for pathogenic bacteria growth and toxin temperature distribution study within the heating production (covered generally in Chapter system to identify any cold spots; (2) conduct 12; for C. Can unsafe levels of pathogenic bacteria that harvest or receding tide) to refrigeration to were introduced at an earlier processing step be control pathogens from the harvest area eliminated or reduced to an acceptable level at (covered in Chapter 4); this processing step The the following guidance will assist you in preventive measure that can be applied determining whether pathogenic bacteria for pathogenic bacteria survival through survival through cooking and pasteurization is a cooking and pasteurization is proper design signifcant hazard at a processing step. Will the fnished product be pasteurized in the fnal Pathogenic bacteria may also be introduced container Example: In most cases, it is not reasonable to assume A crabmeat processor cooks, picks, that they will fully prevent the introduction packs, and pasteurizes the crabmeat. 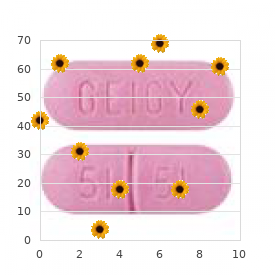 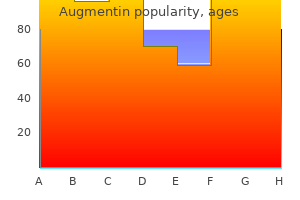