A biopsy is performed and results longer able to wear his wedding ring and in a diagnosis ofmedullary carcinoma that his shoe size has increased. Which ofthe following findings are characteristic of increased histologic features of thyroid disease activity ofwhich ofthe following A 36-year-old man is brought to the center formation emergency department by his wife because (E) Replacement ofthe thyroidwith fibrous oflethargy, weakness, and confusion. A 34-year-old man is referred for these findings are most likelyrelated to evaluation of hypertension and persistent (A) adenoma ofthe anterior pituitary. A 4-month-old child is brought to the (normal 22-29 mEq/L); chloride, 103 mEq/L pediatrician for evaluation. The most likely (0) Waterhouse-Friderichsen syndrome diagnosis is (E) Sipple syndrome (A) Addison disease. A 14-year-old boy is seen because of a pheochromocytoma might be the cause increasing weakness, easy fatigability, and of these findings In (A) Serum C-peptide addition, he has recently developed nausea, (B) Serum calcitonin vomiting, and abdominal pain. His blood (C) Serum hemoglobin Alc (glycosylated pressure is markedly decreased, and he has hemoglobin) increased pigmentation ofhis skin creases. Other fndings (B) Armanni-Ebstein lesion include hyponatremia, hyperkalemia, and (C) Insulitis hypotension. Defciency ofwhich ofthe (0) Kimmelstiel-Wilson nodules following is suggested by these findings A 28-year-old man is evaluated for (C) 21-Hydroxylase recurrent peptic ulcer disease, apparently (0) Aylin refractory to pharmacologic intervention. The patient (B) Glucagonoma is febrile and markedlyhypotensive, and (C) Whipple triad her mental status is obtunded. Numerous (0) Zollinger-Ellison syndrome petechial and purpuric hemorrhages are (E) Acromegaly scattered over the trunk, and aspiration of a lesion reveals neutrophils engulfing 21. His older (8) N-myc brother has had a thyroidectomy for (e) Ret medullary carcinoma of the thyroid and (D) Amylin later has been diagnosed with bilateral (E) Insulin-associated polypeptide tumors ofthe adrenal medulla. It is likely that further investigation in both brothers Answers and Explanations 1. The history is strongly suggestive ofpanhypopituitarism due to ischemic necrosis ofthe pituitary, occurring as a sequela to childbirth complicated by hemorrhagic shock (Sheehan syndrome). This syndrome is clinically dominated by overt evidence of gonadotropin and corticotropin deficiencies, alongwith laboratory evidence ofthese deficiencies and thyrotropin deficiency.

With mune thrombocytopenia, given the shortened sur diligent attention to local hemostasis, systemic vival of the transfused platelets; concomitant ad doi: 10. The indications for and necessity of factor as steroids or intravenous immunoglobulin may replacement vary based on the specic bleeding attenuate this process, resulting in a more rapid disorder, the patients bleeding tendency, the se 70 increase in platelet count. Patients with inherited verity of bleeding, and, in the case of invasive pro and acquired platelet function abnormalities rarely cedures, the anticipated risk for bleeding. Low-titer inhibitors can some of mild mucosal bleeding or for hemostatic cover times be overcome by large amounts of factor. Nontransfusional therapies can also be used factor; therefore, so-called bypassing agents are as an adjunct to transfusional therapies in cases of generally recommended for active bleeding (for more severe bleeding or for hemostatic coverage which they are considered rst-line therapy) and during major surgery. Invasive options for controlling menorrhagia include the levonorgestrel-releasing boom J. Prospective evaluation of the clinical utility of quantitative bleeding severity assessment in patients intrauterine system, endometrial balloon tampon referred for hemostatic evaluation. Girolami A, Ruzzon E, Tezza F, Scandellari R, Vet physicians should be prepared to recognize poten tore S, Girolami B. Arterial and venous thrombosis tial hallmarks of an underlying bleeding disorder in rare congenital bleeding disorders: a critical re and to initiate a proper workup and, in some cases, view. Coagulation factor deciencies Consultation with a hematologist may be consid and pregnancy loss. Menorrha ing disorder, individualized long-term hemostatic gia I: measured blood loss, clinical features, and management. The family physician serves as a cru outcome in women with heavy periods: a survey with cial member of the multidisciplinary team provid follow-up data. An updated concept of coag routine and disease-related preventive care in this ulation with clinical implications. Critical issues in hematology: anemia, prophylactically before invasive procedures He screening tests generates modest hidden preopera matology Am Soc Hematol Educ Program 2010: tive costs. 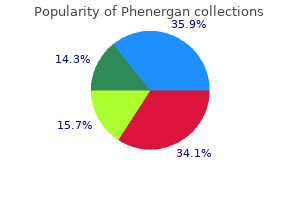 However, at least 4 cases have been associated with receipt of whole blood-derived Platelets, which often contain a small number of red blood cells. Although most infections are asymptomatic, Babesia infection can cause severe, life-threatening disease, particularly in the elderly and people without spleens. Severe infection can result in hemolytic anemia, thrombocytopenia, and renal failure. Surveys using indirect immunofuorescent antibody assays in areas of Connecticut and New York with highly endemic infection have revealed seropositivity rates for B microti of approxi mately 1% and 4%, respectively. Although people with acute illness or fever are not suitable to donate blood, people infected with Babesia species commonly are asymptomatic or experience only mild and nonspecifc symptoms. In addition, Babesia species can cause asymptomatic infection for months and even years in untreated, otherwise healthy people. Questioning donors about recent tick bites has been shown to be ineffective, in part because donors who are sero positive for antibody to tickborne agents are no more likely than seronegative donors to recall tick bites. The asymptomatic incubation periods in the clini cally ill recipients lasted from 6. Improving Blood Safety A number of strategies have been proposed or implemented to further decrease the risk of transmission of infectious agents through blood and blood products. Methods used for this include wet and dry heat and treatment with a solvent/detergent. Solvent/detergent-treated pooled Plasma for transfusion no longer is marketed in the United States, but methods of treating single donor Plasma are under study. Because of the fragility of Red Blood Cells and Platelets, pathogen inactivation is more diffcult. However, several methods have been developed, such as addition of pso ralens followed by exposure to ultraviolet A, which binds nucleic acids and blocks replica tion of bacteria and viruses. Leukoreduction, in which flters are used to remove donor white blood cells, is performed increasingly in the United States. Benefts of this process include decreasing febrile transfusion reactions related to white blood cells and their products and decreasing the immune modulation associated with transfusion. Established alternatives include recombinant clotting factors for patients with hemophilia and factors such as erythropoietin used to stimulate red blood cell production. These adverse safety outcomes and shortened time to tumor progression have been observed in certain patients with cancer who have chemotherapy-related anemia, such as people with advanced head and neck cancer receiving radiation therapy and metastatic breast cancer. Blood may be donated by the patient several weeks before a surgical procedure (preoperative autologous donation) or, alternatively, donated immediately before surgery and replaced with a volume expander (acute normovolemic hemodilution). Autologous blood is not completely risk free, because bacterial contamination may occur. 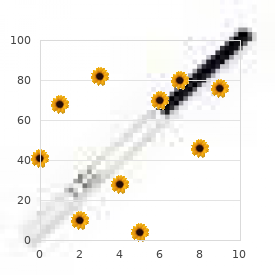 In areas where isoniazid and refampin resistance is prevalent, a fourth drug should be added to the regimen (usually ethambutol, or streptomycin). A second degree burn of 10 % or more of the body surface in a child younger than 5 year or a second degree burn of 15 % or more of the body surface in a child over 1 year is considered a very serious injury. Burns inflicted upon the child as a result of child abuse Clinical Manifestations: the characteristics of burn wounds are classified as follows A. First degree burns involves superficial epidermis; the skin is red or pink in appearance,and is painful to touch. Second degree burn involve the entire epidermis; the skin is red, blistered, moist with exudate, and painful to touch. Third degree burn involve the dermis or underlying fat, muscle or bone, the skin appears white,dry and is 160 Pediatric Nursing and child health care painless to touch1. Symptoms of toxemia (Prostration, fever, rapid pulse, cyanosis, vomiting, edema) may develop within 1-2 days after initial burn. Burns of the upper respiratory tract result in symptoms of upper respiratory tract obstruction resulting from edema and inflammation of the glottis, vocal cords, and upper trachea. Observe for symptoms of respiratory distress and take measures to alleviate if any. Provide high protein, calorie diet in order to provide nutrition necessary for healing and for the growth and development need of the child. The newborn acquires the infection during birth process by direct contact with infected material from vagina of the mother. Clinical Manifestations: the onset is usually within two or three days after birth, but symptoms may appear earlier. The extent of the handicap depends on the duration and severity of untreated condition. Treatment: the treatments of Opthalmia neonatorum include: prompt antibiotic injections and antibiotic eye ointments or drops to prevent eye damage and isolation of the infant. The purulent discharge must irrigate and removed frequently by directing the flow of fluid from the inner cantus outward. Extreme care must be taken that no drops of the return flow splash into the nurses eyes. Antibiotic eye ointments are administered to all newborns immediately after birth as prophylaxis. Check the whole family for syphilis Prevention: All measures which decrease the incidence of acquired syphilis in adults serological tests for syphilis in all pregnant women is desirable. 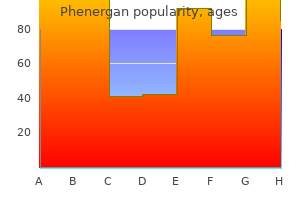