These data show that caregivers residents and percentage with moderate and severe cognitive of people with Alzheimers or other dementias provided an impairment were used in lieu of 2012 data. This using the seasonally adjusted average prices for medical care is slightly lower than the total resulting from multiplying services from all urban consumers. Medicare Current Beneficiary Survey Report: these data come hours of unpaid care (18. A survey of 17,000 employees of a respondent if the beneficiary is not able to respond. For survey multinational firm based in the United States estimated participants who are living in a nursing home or another that caregivers health care costs were 8 percent higher residential care facility, such as an assisted living residence, than non-caregivers. Fifty-one percent had a primary medical specialty of Figures pertain only to Medicare beneficiaries age 65 and older. Additional structured assessments used by primary care this question were accepted. Diagnosis of cognitive impairment may be stigmatizing (25 percent); Early diagnosis does not provide benefits (19 percent). One reason that the per-person costs estimated by for performing an assessment (21 percent); Follow-up care for Hurd and colleagues are lower than those reported in Facts diagnosed patients would strain primary care resources (17%). Concerns about the patient: only to dementia), while the per-person costs in 2019 Alzheimers Early disclosure of results may be stigmatizing (44 percent); Disease Facts and Figures incorporate all costs of caring for Few services are available for diagnosed patients (40 percent); people with the disease (regardless of whether the expenditure Early disclosure does not provide benefits to a patient was related to dementia or a coexisting condition). Lack of confidence or expertise: Disclosing results is difficult (44 percent); Specialists are better equipped to discuss A22. The survey was offered in English and Business Concerns: Lack of time during visits (40 percent); Spanish and as either an online Web survey or a phone survey. Follow-up care for diagnosed patients would strain primary care the 1,954 respondents had the following demographics: resources (24 percent); Lack of financial reimbursement for time 55 percent were female and 45 percent were male. Difficulties with Patients: percent were age 75 and older, 33 percent were age 65-69, and the patient refusal rate for follow up testing is high (44 percent); 26 percent were age 70-74. Thirty-eight percent resided in the Managing patients with cognitive impairment is difficult or time South, 22 percent in the West, 21 percent in the Midwest, and consuming (36 percent). Forty-two percent had an annual household income below $40,000, 30 percent had an income A26. Additional reasons seniors believe early diagnosis is important: between $40,000 and $74,999, and 28 percent had an income Additional responses, ranked by the percentage of participants above $75,000. Seventy-seven percent of respondents identified who selected that choice: It allows for earlier treatment of as white and non-Hispanic, 9 percent as black and non-Hispanic, symptoms with medication or other interventions (93 percent); and 8 percent as Hispanic. Seventy-six percent were retired, and A person can begin health measures to preserve existing cognitive 17 percent were working. The primary care physician survey was function for as long as possible (92 percent); It helps to understand conducted by Versta Research from December 10, 2018, through what is happening (91 percent); It allows the person and their family January 8, 2019.

Clinically a-thalassemia manifests as epalrestat and ranirestat are currently being as congestive heart failure, anasarca, and intra tested. In the bodys ability to control the absorption of hibition of this enzyme is commonly affected iron. Clinically this disease manifests in a man by statin drugs to reduce cholesterol levels, but ner similar to that of secondary hemochroma it would not help prevent the development of tosis. Clinically ital defciency of this enzyme results in severe this disease manifests as gallstones, anemia, combined immunodefciency. The defnitive this enzyme would not prevent the develop treatment is splenectomy, thus obviating any ment of cataracts. This answer describes (G-1-P) uridyltransferase is important in the Wilson disease, a disease in which failure of breakdown of galactose; it catalyzes the for copper to enter the circulation in the form of mation of glucose-1-phosphate from G-1-P. Clinically this hepatosplenomegaly, mental retardation, jaun disease manifests as parkinsonian symptoms, dice, and cataract formation. Hexokinase is the en catalyzes the breakdown of glucose into sorbi zyme that catalyzes the frst step in the catab tol. Sorbitol is then metabolized to fructose, a olism of glucose, converting glucose to glu process that is relatively slow. Con accumulation with the cells of the lens leads genital hexokinase defciency is a rare autoso to a rise in intracellular osmolality, causing mal recessive condition that results in severe water movement into the cells. Tyrosine kinase prod lin receptor directly, although with lower affn ucts play a role in cell signaling through phos ity than insulin. Muta ers, deoxynucleotides and a heat-stable poly tions in p53 cause uncontrolled cell division, merase. Gel electrophoresis uses an electric feld to separate molecules Answer C is incorrect. Mutations in ras can lead to cancer in the lungs, pancreas, and co Answer E is incorrect. This is not the tech zyme that adds repeats onto the 3ends of chro nique described above. This is not the technique de enzymes that convert the D-ala D-ala peptide scribed above. In a Western blot pro more common with Enterococcus faecium than cedure, protein is separated by electrophore with Enterococcus faecalis. 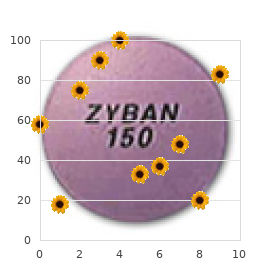 Providers tend to be a little apprehensive about of diseases, accidents, or injuries spread out over bundled payments because heterogeneity might not a covered population. Carriers of insurance risk be fully refected in reimbursements and because the typically hold suffcient fnancial reserves to cover lack of accurate cost data at the condition level could the insurance risk. Sources:Frakt 2016 and Alternative Payment Models: Frequently Asked Questions, American Academy of Pediatrics (accessed January 19, 2016). Case-Based Payments Global Budgets Despite a decade of experimentation, the use Global budgets that support integration of of case-based payments (that is, negotiated care and cap expenditures are being imple rates per treated case) remains limited. An evaluation using hospital Global budget prepayment was adopted for discharge data from the six pilot hospitals all providers in Shanghai in 2009. In Shanghai, the insurance agency pays the provider a fxed case rate regardless of Capitation actual expenses. An evaluation of the There have been several promising pilots Shanghai experiment showed that to safe with capitation as well. In Zhenjiang guard profits, hospitals engaged in several (Jiangsu province), capitation is set for pri opportunistic behaviors, including reducing mary care providers under the budget cap, patients length of stay. Hospitals also used based on yearly treatment costs, including cost-shifting tactics, resulting in uninsured medicines and tests. An incentive rule is set patients incurring higher expenditures to up for primary care providers, and full pay compensate for reduced revenues from ment is made only when the fee for chronic insured patients. However, the total inpatient cost, Guangdong province, which pays per diems the drug cost ratio, treatment outcomes, and for inpatient services. The gap between 95 percent), positive rate of tests done on the payment rate and the fee calculated using large equipment (more than 70 percent), the fee schedule is shared. The mance, and institutions with assessment rates for surgeries vary with presurgical scores of 85 or higher are paid 100 percent of hospitalization, surgical procedure, and post their claimed payments. Those that Some counties are experimenting with mixed score below 60 three years in a row are not provider payment methods. If hospitaliza biotic prescriptions and total outpatient tion rates or referral and transfer rates exceed spending declined without major adverse 1 percent of the standard, annual payment is effects on other aspects of care. There are similar according to the clinical characteristic of the penalties for other indicators. For frequent and less Jiangyin county and Changshu (Jiangsu severe cases (groups A and B), case-based pay province) have also defined performance ment rates are set to include services prescribed indicators for outpatient and inpatient in clinical guidelines. More complicated cases referral rates as an indicator of provider ser (group C) remain under the fee-for-service vice capacity and quality. The average cost of drugs per outpa tient visit fell below provincial and Incentive Reforms in Sanming: national averages. 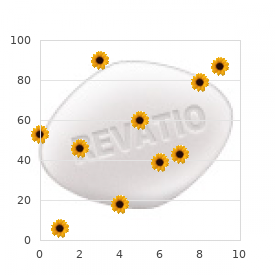 Although cigarette use has been decreasing over time, the use of electronic vapor products, also known as e cigarettes, has increased dramatically. Ulster County is monitoring the use of vaping, especially among the young people of the County. Authorities in Ulster County have recently been focusing attention on the increasing incidence of opioid-related overdoses and deaths. Overdose deaths have increased 447% since 2010, and most deaths occur in those aged 18-44 years. County Health Summaries 317 Below are data points of note: 88% of residents making less than $25,000 per year responded completely true or somewhat true to the statement, People may have a hard time finding a quality place to live due to the high cost of housing. These include developing a world-class rail trail system throughout the County; pedestrian and bike friendly complete street initiatives; safe routes to schools; and others. All are designed to encourage physical activity; improve access to fresh and healthier foods; and increased social engagement to help prevent chronic diseases. With its six cities, 19 towns, and 23 villages, Westchester is the home to a mix of urban and suburban communities. According to the 2012-2016 American Community Survey, the total population residing in Westchester is 969,229, 48. Just under a quarter of its population is of Hispanic origin, and 26% of the population is foreign born. While an affluent county in general, there are pockets of communities living in less desirable conditions. About 10% of the population lives in poverty, with higher poverty rates among the non-Hispanic Black and Hispanic populations. Chronic disease management and care, such as diabetes and obesity, require increasing health care resources. Through online and paper distributions of the survey questionnaire in English and Spanish, a total of 2,727 Westchester County residents provided information on their personal health priorities, health care needs, their perceived community health priorities, the most needed services, as well as the largest obstacles that prevent access to care. Although the survey respondents do not represent the general county population due to the nature of survey distributions, they have reflected what these people perceived as the top priority health issues in their communities, and what they perceived as the actions that may be most helpful to address the community health needs. Top five priority health issues in the communities: Mental health Chronical disease screening and care for conditions, such as asthma, diabetes, cancer, & heart disease Food and nutrition Environments that promote well-being and active lifestyles Child and adolescent health Top five actions helpful to improve community health: Affordable housing Mental health services Exercise and weight loss programs Access to healthier food Services for older adults the survey also reveals that the respondents think the populations who need the most care are older adults, followed by teens, then young adults. For example, schools and many other non-traditional organizations provide important settings for the delivery of resources for education, training, and other needed assistance. All the health care providers and community-based organizations across the County are the expert resources.