It is he/she who decides if the minimum requirements are in place to start providing treatment. For example, the space required per patent is usually 2 m, but in practce the space occupied by a patent varies depending on age (child or adult) and clinical status (patent seated or lying down). These patents should not wait more than 10 minutes between arriving and being atended to. Patents are then accompanied by an auxiliary nurse to the appropriate sector for treatment (hospitalisaton or observaton), with their individual patent fle. The interview, registering and transfer to the appropriate sector are carried out once patents are stabilised. As in the hospitalisaton sector, pregnant women and children < 5 years are grouped together to improve monitoring. Nevertheless it is important to remember that clinical surveillance, however brief, is strongly recommended for children < 5 years on Plan A, and that in all events a certain number of patents with no dehydraton will be admited for observaton. Ofen, this can only be applied to adult males and adult women should preferably, or must imperatvely, be admited with an atendant. Children and adolescents (all minors), pregnant women and anyone that requires assistance (the elderly, disabled individuals, etc. Nevertheless medical staf remains responsible for medical care: monitoring of clinical evoluton and treatment should not be delegated to atendants. Means should be set up to avoid the atendant being contaminated (hand-washing points, showers, hygiene promoton, etc. They should be adapted to the context (resources, size and organisaton of the facility, etc. In areas afected by cholera for the frst tme, staf may be afraid of cholera, it is therefore important to reassure as well as train. Specifc training (depending on the positon) the job descriptons in Appendix 18 and Appendix 19 outline what staf needs to know to fulfl their positon. Refresher course A refresher course is necessary if the outbreak lasts several months or in the event of recurring or persistent problems in case management or other actvites, especially if staf have received only basic training due to the urgency of the situaton. Note: apart from cholera treatment facilites, medical staf in regular health facilites needs to be trained to recognise cholera cases and refer them to the cholera facility. 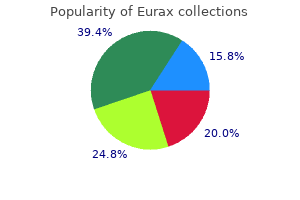 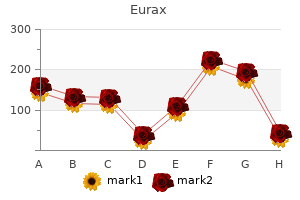 A flyer is suggested to be made so that each household have the flyer as a reminder how to make sure that they 36 kept the teachings in order to avoid the risk of being infected for one reasons or the other. The flyer that will be printed with transparent and clear picture or illustration will act as a constant reminder to each member on how to protect oneself from waterborne disease especially in the raining season. For household with kids, it is extremely important to remind the parents on using the picture as a guide in practice safe hygiene at home because kids and older people are very vulnerable to gastro intestinal parasite. The flyer picture should in a place or wall in the house where it could easily be seen by every member of the household. Subcategories Upper category Main category Education Strengthening programs Awareness Education materials in the Improving the knowledge of Empowerment people own language the population about the Education and Behaviors efdisease forts Community education to reduce stigma Training Table 6: Empowerment 5. The country has been surviving with a very fragile health care system where basic care is costly in the government general hospital. The people in the country have been living on less than $2 a day, therefore if one falls sick, it can be disastrous for the family first with medical bill, secondly cost for the funeral if the person dies. Some humanitarian aids agencies have been committed in providing care for the less fortunate in Haiti for a number of years even before the 2010 disasters, yet all does not seem to be enough. The people are falling ill all the times especially those being infected by viruses and bacteria. Donations in terms of money have been pledged from many humanitarian agencies as well as private donors after the 2010 disasters, but only a fraction have so far been used in development programs where water and sanitation issues are concerned. In order to reduce the population health burden risk and moving along with the Millennium Development Goals; investmenting of projects in health infrastructures should be underway. Making funds available for getting supplies and resources ready for public health care is imperative and needed especially in the rainy seasons. Subcategory Upper category Main category Investments Resources Financial resources from all Mobilizing funds. Need for supplies Sustainability of the free water distribution Table 7: Reducing health burden risk 5. The stigmatization has been one of them, but it is now fading away as people have learnt how to manage the disease and that cholera is not a death sentence. Natural disasters that occur every year pose a threat to cholera reoccurrence if proper care is not taken. The 2010 earthquake was something out of the ordinary but each year there are cyclones and 38 floods that threaten the region and Haiti is no exception. Sometimes messages do not get through when it is passed around, people ignored the treat of warning and they have not gotten prepared for the disaster. One way to overcome these challenges is through mobilization campaign through the radio and other media sources. 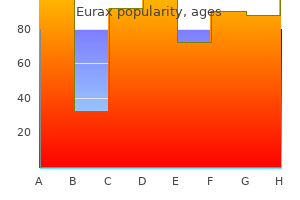 Setting the Maximum Distance Tolerance the maximum distance required between two atoms for joining to occur is controlled by the Tolerance 3. Objects within a group can be selected individually and manipulated while still remaining part of the group. If you want to group objects so that the individual objects in the group cannot be accessed, you can Ungrouping Objects create an Integral group. To To ungroup objects that are grouped: access an individual object in an Integral group, you 1. Grouped objects maintain their relative All the objects previously grouped become positions when they are centered on the page, individual objects. Creating Integral Groups Atoms and bonds making up a single chemical To create a group in which individual objects cannot structure are always grouped. If you group part of a be accessed: structure with other objects, the resulting group contains the entire structure. Select the objects to group using a selection bonds to a grouped structure, the new atoms and tool. Double-click an atom with a bond tool or click Nicknames allow you to create short names for an atom with the Text tool. Commonly used Nicknames, such as Me, Et, and Ph are provided with ChemDraw in the ChemDraw Nicknames file located in your ChemDraw Items folder. Create a structure containing the functional To select a Nickname to apply to an atom using a group you want to define as a Nickname. If you use a Nickname that is the same as an element name, a message indicates that the element is replaced with the Nickname. In the example below, the sulfonamide group is the Check Structure command recognizes the label attached to an unselected bond, which defines a as an acetyl group rather than Actinium. ChemDraw provides the following default Nickname/Element conflicts: Symbol Nickname Element Ac Acetyl Actinium Am Amyl Americium Np paraNeptunium You must leave a bond unselected for each Nitrophenyl connection point. You cannot define more than two Pr Propyl Praeseodymium connection points or one attachment point on a single atom in a nickname. To remove the overriding Nicknames, choose List Nicknames from the File menu and delete the overriding Nickname definition. 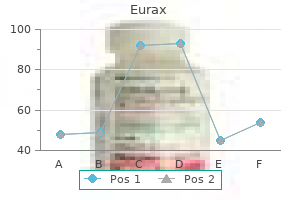 He had endured everything because of that conviction, he had overlooked everything, even the dirtiest dealings in love, so that he would not have to grant to any woman born of woman the opportunity to make the final decision. But that night he felt so humiliated that he gulped down the brandy in a single swallow, doing all he could to display anger, and left without saying goodbye. When he realized that he felt happy with her, above all in bed, but that she would never replace Fermina Daza, he had another outbreak of his nights as a solitary hunter, and he arranged matters so that he could portion out his time and strength as far as they would go. At least now he could live without seeing Fermina Daza, instead of interrupting whatever he was doing at any hour of the day to search for her along the uncertain pathways of his presentiments, on the most unlikely streets, in unreal places where she could not possibly be, wandering without reason, with a longing in his breast that gave him no rest until he saw her, even for an instant. The break with Sara Noriega, however, revived his dormant grief, and once again he felt as he did on those afternoons of endless reading in the little park, but this time it was exacerbated by his urgent need for Dr. He had known for a long time that he was predestined to make a widow happy, and that she would make him happy, and that did not worry him. After having known so many of them during his incursions as a solitary hunter, Florentino Ariza had come to realize that the world was full of happy widows. They began by living like parasites of gloom in their big empty houses, they became the confidantes of their servants, lovers of their pillows, with nothing to do after so many years of sterile captivity. They continued to put his soap in the bathroom, his monogrammed pillowcase on the bed; his place was always set at the table, in case he returned from the dead without warning, as he tended to do in life. And nevertheless, when they watched him leave the house, this man they themselves had urged to conquer the world, then they were the ones left with the terror that he would never return. As soon as they spotted him in the light of dawn, they would cross the street to walk on the other side with their small, hesitant steps, the steps of a little bird, for just walking near a man might stain their honor. And yet he was convinced that a dis consolate widow, more than any other woman, might carry within her the seed of happiness. So many widows in his life, since the Widow Nazaret, had made it possible for him to discern how happy they were after the death of their husbands.