Causes include corneal opacity, cataract, albinism, achromatopsia, bilateral macular disease, aniridia, and optic atrophy. By definition, congenital idiopathic motor nystagmus has no associated underlying sensory abnormality, although visual performance is limited by the ocular instability. Typically it is not present at birth but becomes apparent between 3 and 6 months of age. At one time it was thought that congenital pendular nystagmus was indicative of an underlying sensory abnormality whereas congenital jerk nystagmus was not. Eye movement recordings have shown this not to be true, with both 691 pendular and jerk waveforms being seen whether or not there is a sensory abnormality. Indeed, in many cases, a mixed pattern of alternating pendular and jerk waveforms is seen. Congenital nystagmus, particularly the idiopathic motor type with its potential for better visual fixation, generally undergoes a progressive change in its waveform during early childhood. There is development of periods of relative ocular stability, that is, relatively slow eye velocity, known as foveation periods since they are thought to be an adaptive response to maximize the potential for fixation, and hence to improve visual acuity. In addition, congenital nystagmus with a jerk nystagmus has a characteristic waveform in which the slow phases have an exponentially increasing velocity. This can be a particularly useful feature in determining that nystagmus noted in adulthood is not of recent onset. The direction of any jerk component often varies with the direction of gaze, but an important feature in comparison to many forms of acquired nystagmus is that there is no additional vertical component on vertical gaze. In most patients with congenital nystagmus, there is a direction of gaze (null zone) in which the nystagmus is relatively quiet. If this null zone is away from primary position, a head turn may be adopted to place the eccentric position straight ahead. In a few cases, the position of the null zone varies to produce the congenital type of periodic alternating nystagmus. Congenital nystagmus is usually decreased in intensity by convergence, and some patients will adopt an esotropia (nystagmus blockage). Anxiety and increased effort to see? will often increase the intensity of congenital nystagmus and thus reduce visual acuity. Once congenital nystagmus has been noted, it is important to identify any underlying sensory abnormality, if only to determine the visual potential. Extraocular muscle surgery is predominantly indicated for patients with a marked head turn. Supramaximal recessions of the horizontal rectus muscles reduce the intensity of congenital nystagmus, but the effect is only temporary. Nystagmus with a latent component means that it increases in intensity when one eye is covered, which is a characteristic feature of congenital nystagmus. 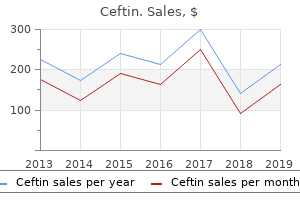 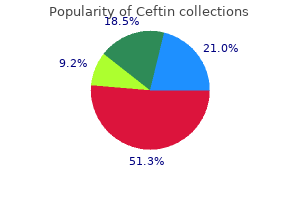 Each institutional-use-only bottle contains eighty-four 100 mg/40 mg glecaprevir/pibrentasvir tablets. Advise patients to tell their healthcare provider if they have a history of hepatitis B virus infection [see Warnings and Precautions (5. Risk of Hepatic Decompensation/Failure in Patients with Evidence of Advanced Liver Disease Advise patients to seek medical evaluation immediately for symptoms of worsening liver problems such as nausea, tiredness, yellowing of the skin or white part of the eyes, bleeding or bruising more easily than normal, confusion, loss of appetite, diarrhea, dark or brown urine, dark or bloody stool, swelling of the stomach area (abdomen) or pain in the upper right side of the stomach area, sleepiness, or vomiting of blood [see Warnings and Precautions (5. Administration Inform patients it is important to take all three tablets at the same time once daily with food as directed. Hepatitis B virus that becomes active again (called reactivation) may cause serious liver problems including liver failure and death. Tell your healthcare provider about all the medicines you take, including prescription and over-the counter medicines, vitamins, and herbal supplements. The physician must inform the patient of the warnings, precautions, and adverse events listed in this package insert. Data from this study may not accurately demonstrate the same effectiveness and safety profile in Hispanic, African American, or other ethnic populations. The physician should also advise the patient that early removal of the balloon may be required if serious adverse reactions occur. The filled balloon is designed to occupy space and move freely within the stomach. A self-sealing valve permits detachment from external catheters (see Section 10 Instructions for Use). The opposite end is connected to a Luer lock connector for attachment to a filling system. Placement Catheter Assembly A guidewire has been inserted into the silicone placement catheter for increased rigidity during placement. Longer periods of balloon placement increase the risk of balloon deflation (a reduction in size of the device due to loss of saline) which can lead to intestinal obstruction and risk for death. The risk of these events is also significantly higher when balloons are inflated to larger volumes (greater than 700cc). Patients should be advised that balloon deflation may lead to serious adverse events including bowel obstruction and need for emergency surgery. Patients should immediately call their physician to receive instructions on preparing for removal of the balloon. Bowel obstructions have been reported due to deflated balloons passing into the intestines and have required surgical removal. The risk of obstructions may be higher in patients who have diabetes, a dysmotility disorder, or who have had prior abdominal or gynecological surgery, so this should be considered in assessing the risk of the procedure. If food is found in the stomach upon endoscopic examination, then measures (aspiration of stomach contents, endotracheal intubation, or delay of procedure) must be taken to protect the airway. Lodging of the balloon in the esophageal opening during inflation may cause injury and/or device rupture. Failure to confirm proper positioning may cause injury to the esophagus, duodenum, or pylorus.

Later-phase photos may, for example, demonstrate the gradual, delayed leakage of dye from abnormal vessels. This extravascular dye-stained edema fluid will persist long after the intravascular fluorescein has exited the eye. A: Right eye showing poorly defined (edematous) macula (unfilled arrow) with scanty exudates and multiple large dark blot hemorrhages (filled arrows) suggesting retinal ischemia. B: Left eye neovascularization (abnormal new vessels) on the disk (unfilled arrow). C: Right eye arteriovenous phase when fluorescein (seen as white) has filled the arterioles (unfilled arrows) and almost completely filled the veins (filled arrows). D: Left eye late phase showing extensive retinal nonperfusion (hypofluorescence) (arrows). E: Right eye late phase showing enlargement of the foveal avascular (nonfluorescent) zone (filled arrow) and leakage of 120 fluorescein (edema) in the surrounding retina (unfilled arrows). F: Left eye later phase showing increasing leakage of fluorescein (arrow) from the new vessels on the optic disk. Changes in blood flow such as ischemia and vascular occlusion are seen as an interruption of the normal perfusion pattern. Abnormal vascular permeability is seen as a leaking cloud of dye-stained edema fluid increasing over time. Hemorrhage does not stain with dye but rather appears as a dark, sharply demarcated void. This is due to blockage and obscuration of the underlying background fluorescence. Indocyanine green angiography is superior for imaging the choroidal circulation, particularly when there is surrounding or overlying blood, exudate, or serous fluid. As opposed to fluorescein, indocyanine green is a larger molecule that binds completely to plasma proteins, causing it to remain in the choroidal vessels. Unique photochemical properties allow the dye to be transmitted better through melanin (eg, in the retinal pigment epithelium), blood, exudate, and serous fluid. This technique may serve as a useful adjunct to fluorescein angiography for imaging occult choroidal neovascularization. Microscopic changes in the macula, such as edema (Figure 2?31), can be imaged and measured. Imaging of the optic disk and the peripapillary retinal nerve fiber layer, with comparison to data from normal individuals and from prior examinations, facilitates early detection and monitoring of optic nerve damage (Figure 2?32). Optical coherence tomography cross-section image of a normal macula (A) and a macula with pigment epithelial detachment showing fluid beneath the retinal pigment epithelium (B). Retinal nerve fiber layer optical coherence tomography scans showing borderline thinning in one eye (A), predominantly temporal thinning in both eyes (B), and global thinning in both eyes (C). This can provide high 125 resolution images and measurements of the cornea, iris, and intraocular devices and lenses. Fundus autofluorescence depends on the autofluorescence of lipofuscin, which is a naturally occurring byproduct of phagocytosis of photoreceptor outer segments, but abnormalities of its distribution and concentration are useful indicators of retinal damage (Figure 2?33).