Chest radiographs show diffuse reticulonodular pulmonary infiltrates; mediastinal lymphadenopathy may or may not be present (Fig. Most patients recover without treatment, but recovery is slow and most physicians prescribe an antifungal agent to hasten recovery. The patient was severely ill, similar and that share a possible exposure or if the pabut responded quickly to amphotericin B therapy. Histoplasmosis 289 Complications of Pulmonary Histoplasmosis Mediastinal Granuloma. Involvement of mediastinal lymph nodes is common during the course of acute pulmonary histoplasmosis. However, mediastinal granuloma, characterized by massive enlargement of mediastinal lymph nodes that frequently undergo caseation necrosis, is distinctly uncommon. These nodes can remain enlarged for months to years and can lead to impingement on airways or major vessels, displacement of the esophagus, or formation of fistulae between the nodes and adjacent structures in the mediastinum (Loyd et al, 1988). In some cases, the nodes will spontaneously drain into adjacent soft tissues of the neck. Patients may be asymptomatic, have nonspecific systemic complaints of fatigue and not feeling well, or have symptoms, such as dyspnea, cough, or odynophagia related to the effects of the nodes on adjacent structures. Computed tomography prior to the onset of symptoms should lead to further scans of the chest are more helpful, showing nodal endiagnostic tests for histoplasmosis. Included in the diflargement, the presence of necrosis, and impingement ferential diagnosis of acute pulmonary histoplasmosis on mediastinal structures (Gurney and Conces, 1996) are acute pulmonary blastomycosis and pneumonias (Fig. Bronchoscopy or esophagoscopy can docudue to Mycoplasma, Legionella, and Chlamydia. Hilar ment extrinsic compression, traction diverticulae, or fisor mediastinal lymphadenopathy, common with histotulae. Mediastinal granuloma as a complication of histoplasmosis, are uncommonly noted with pneumonia due plasmosis must be differentiated from lymphoma and to these other organisms. Chronic Pulmonary Histoplasmosis Chronic pulmonary histoplasmosis occurs almost entirely in older males with underlying chronic obstructive pulmonary disease (Goodwin et al, 1976; Wheat et al, 1984). The clinical manifestations include fatigue, fever, night sweats, chronic cough, sputum production, hemoptysis, dyspnea, and weight loss. This form of histoplasmosis is characterized by cavity formation in the upper lobes and progressive fibrosis in the lower lung fields (Fig. The disease is manifested by progressive respiratory insufficiency and if not treated is ultimately fatal in most patients (Furcolow, 1963; Parker et al, 1970; Goodwin et al, 1976). In many aspects, chronic cavitary pulmonary histoplasmosis mimics reactivation tuberculosis. Pericarditis occurs in the setting of acute pulmonary histoplasmosis, is seen mostly in young persons, and is thought to be due to an inflammatory reaction to H. Pericardial fluid is often hemorrhagic with a predominance of lymphocytes, and H. 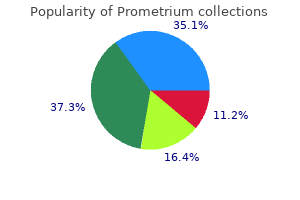 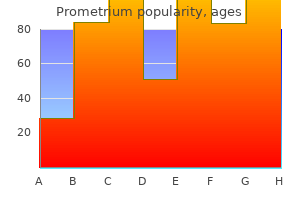