Plinth: a treatment table or a piece of equipment used to reposition the patient for treatment. Positive pressure: air pressure differential between two adjacent air spaces such that air flow is directed from the room relative to the corridor ventilation. Product water: water produced by a water treatment system or individual component of that system. Protective environment: a special care area, usually in a hospital, designed to prevent transmission of opportunistic airborne pathogens to severely immunosuppressed patients. Pseudoepidemic (pseudo-outbreak): a cluster of positive microbiologic cultures in the absence of clinical disease. A pseudoepidemic usually results from contamination of the laboratory apparatus and process used to recover microorganisms. Last update: July 2019 220 of 241 Guidelines for Environmental Infection Control in Health-Care Facilities (2003) Rank order: a strategy for assessing overall indoor air quality and filter performance by comparing airborne particle counts from lowest to highest. Recirculated air: air removed from the conditioned space and intended for reuse as supply air. Relative humidity: the ratio of the amount of water vapor in the atmosphere to the amount necessary for saturation at the same temperature. Relative humidity is expressed in terms of percent and measures the percentage of saturation. The relative humidity decreases when the temperature is increased without changing the amount of moisture in the air. Reprocessing (of medical instruments): the procedures or steps taken to make a medical instrument safe for use on the next patient. Respirable particles: those particles that penetrate into and are deposited in the nonciliated portion of the lung. An external force is used to reverse the normal osmotic process resulting in the solvent moving from a solution of higher concentration to one of lower concentration. This term refers to a nutrient agar plate whose convex agar surface is directly pressed onto an environmental surface for the purpose of microbiologic sampling of that surface. Routine sampling: environmental sampling conducted without a specific, intended purpose and with no action plan dependent on the results obtained. Sanitizer: an agent that reduces microbial contamination to safe levels as judged by public health standards or requirements. Sedimentation: the act or process of depositing sediment from suspension in water. The term also refers to the process whereby solids settle out of wastewater by gravity during treatment. Semicritical devices: medical devices that come into contact with mucous membranes or non-intact skin.

One month after starting the dexamethasone, a morning cortisol level should be checked. A cortisol level <2 mg/dL suggests significant depression of cortisol synthesis by the adrenal gland, which could interfere with a stress response by the adrenal gland. Under this circumstance, the dose or frequency of administration should be decreased. Dexamethasone can be considered in other clomiphene failures in the absence of elevated androgen levels. Check morning serum cortisol plasma level three to four weeks after treatment started, and if <2. One must exercise caution when administering these agents to correct ovulatory dysfunction (as compared to their use in the context of superovulation) to minimize the risk of multiple pregnancy. Effects of metformin on spontaneous and clomiphene induced ovulation in the polycystic ovary syndrome. Sequential hormonal supplementation with vaginal estradiol and progesterone gel corrects the effect of clomiphene on the endometrium of oligo ovulatory women. The outcome of 150 babies following the treatment with letrozole or letrozole and gonadotropins. Congenital malformations among 9111 newborns conceived after infertility treatment with letrozole or clomiphene citrate. Metformin therapy in polycystic ovary syndrome reduces hyperinsulinemia, insulin resistance, hyperandrogenemia, and systolic blood pressure, while facilitating normal menses and pregnancy. Sensitization to insulin induces ovulation in nonobese adolescents with anovulatory hyperandrogenism. Effect of preconceptional metformin on abortion risk in polycystic ovary syndrome: a systematic review and meta-analysis of randomized controlled trials. Bromocriptine mesylate (Parlodel) in the management of amenorrhea/galactorrhea associate with hyperprolactinemia. Use of dexamethasone and clomiphene citrate in the treatment of clomiphene-resistant patients with polycystic ovary syndrome and normal dehydroe piandrosterone sulfate levels: a prospective, double-blind, place-controlled trial. 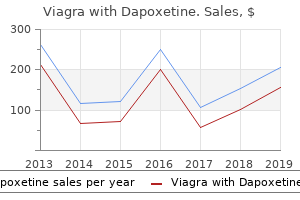 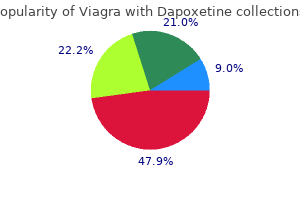 Of signifcance, early antibiotic treatment can blunt the antibody response and antibody levels may fall quickly during the months after exposure. If skin is biopsied, >1 biopsy sample should be taken for culture due to uneven distribution of spirochetes; disinfect the skin prior to collection and submit tissues in sterile saline. Serologic testing in patients with early localized Lyme disease is insensitive and associated with a low negative predictive value due to the low level of antibodies present at this stage of infection. Thus, patients with one documented tick-transmitted disease are at increased risk for infection with another tick-transmitted organism. Patients with a diagnosis of Lyme disease have demonstrated immunoserologic evidence of coinfection with Babesia microti, Anaplasma phagocytophilum, or Ehrlichia spp; coinfection with tick-borne encephalitis virus (including Powassan/deer tick virus) should also be considered [259]. Acceptable specimens for multiple erythemata or borrelial lymphocytoma, Lyme carditis, Lyme arthritis, and acrodermatitis are skin biopsy, endomyocardial biopsy, synovial fuid or biopsy, and skin biopsy, respectively [259, 261]. A newly discovered Ehrlichia spp was reported to cause ehrlichiosis in Minnesota and Wisconsin; this Ehrlichia is closely related to Ehrlichia muris [262]. Misuse of specialized tests for patients with low probability of disease and in areas with a low prevalence of disease might result in confusion. With the excep western United States, although sporadic cases occur in the tion of babesiosis, which may comprise as much as a third as south-central states. Louse-borne relapsing fever is endemic to many cases as Lyme borreliosis in some sites, these other tick tropical countries or may become epidemic in refugee camps; borne infections are relatively rare (a tenth as common as Lyme travelers would be the only patients who might present with borreliosis). Annually, tick-transmitted viral infections are on louse-borne relapsing fever, and their diagnosis would be sim the order of 25 or fewer cases a year nationally; however, this is ilar to that for tick-borne relapsing fever. Most cases due to these less common infections pres marked by the presence of large numbers of spirochetes in the ent with fever >38. Although clin occur by bites of these arthropods, but a more likely mode of ically similar, these diseases are epidemiologically and etio exposure is to the infectious louse or fea excreta. Endemic typhus and fea-borne elloses may present as acute febrile disease, with or without typhus (Rickettsia typhi and Rickettsia felis, respectively) may lymphadenopathy. Tese gram-negative bacteria are fastidious also infect people in the United States, mainly in warmer sites and slow growing, requiring hemin and a humidifed carbon where feas are common throughout the year. If lymphadenopathy is present, aspirates typhus (Rickettsia prowazekii) cases have been recorded in the may be cultured; whole blood needs to be lysed for efective United States from contact with fying squirrels or their nests. Rash is usually present in most by patients can provide limited information with respect to acute rickettsiosis, but skin color may prevent its recognition. Symptomatic tularemia, Powassan/deer tick virus encephalitis, and Colorado patients, not the removed arthropod, should be tested for spe tick fever virus are also transmitted by ticks in the United States. Notably, detection of IgM-class antibodies against approach, appropriate specimen source, and turnaround time.

For infants with uncomplicated meningitis, 14 days of treatment is satisfactory, but longer periods of treatment may be necessary for infants with prolonged or compli cated courses. Septic arthritis or osteomyelitis requires treatment for 3 to 4 weeks; endo carditis or ventriculitis requires treatment for at least 4 weeks. An alternative drug is intrave nous ampicillin (2 g initially, then 1 g every 4 hours until delivery). The recom mendations are intended to help clinicians promptly detect and treat cases of early onset infections. Routine cultures to determine whether infants are colonized with group B streptococci are not recommended. Other methods of control (eg, treatment of asymptomatic carriers with penicillin) are ineffective. The princi pal clinical syndromes of groups C and G streptococci are septicemia, upper and lower respiratory tract infections, skin and soft tissue infections, septic arthritis, meningitis with a parameningeal focus, brain abscess, and endocarditis with various clinical manifestations. Viridans streptococci are the most common cause of bacterial endocarditis in children, especially children with congenital or valvular heart disease, and these organisms have become a common cause of bacteremia in neutropenic patients with cancer. Among the viridans streptococci, organisms from the Streptococcus anginosus group often cause localized infections, such as brain or dental abscess or abscesses in other sites, including lymph nodes, liver, and lung. Enterococci are associated with bacteremia in neonates and bacteremia, device-associated infections, intra-abdominal abscesses, and urinary tract infections in older children and adults. Among gram-positive organisms that are catalase negative and display chains by Gram stain, the genera associated most often with human disease are Streptococcus and Enterococcus. Members of the Streptococcus genus that are beta-hemolytic on blood agar plates include Streptococcus pyogenes (see Group A Streptococcal Infections, p 668), Streptococcus agalactiae (see Group B Streptococcal Infections, p 680) and groups C and G streptococci. S agalactiae subspecies equisimilis is the group C species most often associated with human infections. The anginosus group (S anginosus, Streptococcus constellatus, and Streptococcus intermedius) can have variable hemolysis, and approximately one third possess group A, C, F, or G antigens. The genus Enterococcus (previously included with Lancefeld group D streptococci) contains at least 18 species, with Enterococcus faecalis and Enterococcus faecium accounting for most human enterococcal infections. Nonenterococcal group D streptococci include Streptococcus bovis and Streptococcus equinus, both members of the bovis group. Typical human habitats of different species of viridans streptococci are the oropharynx, epithelial surfaces of the oral cavity, teeth, skin, and gastrointestinal and genitourinary tracts. Intrapartum transmission is responsible for most cases of early-onset neonatal infection caused by nongroup A and B streptococci and enterococci. The proportion of vancomycin-resistant enterococci among hospitalized patients can be as high as 30%. Other agents with good activity include ampicillin, cefotaxime, vancomycin, and linezolid.